The country of Martin Luther continues to print Bibles in all shapes and sizes. 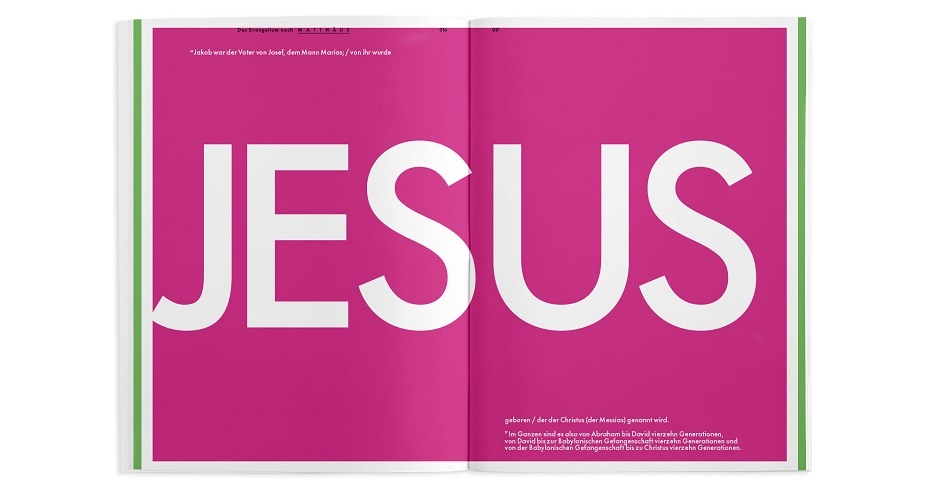 The name of the saviour, announced in Matthew. / Bibel Als Magazine.

Germany, the country of Martin Luther, continues to print Bibles in all shapes and sizes.

Now a group of designers published the “Bible as a Magazine”, a 354-page edition with the full text of the New Testament, with large images, artistic design and even several posters to fold out. 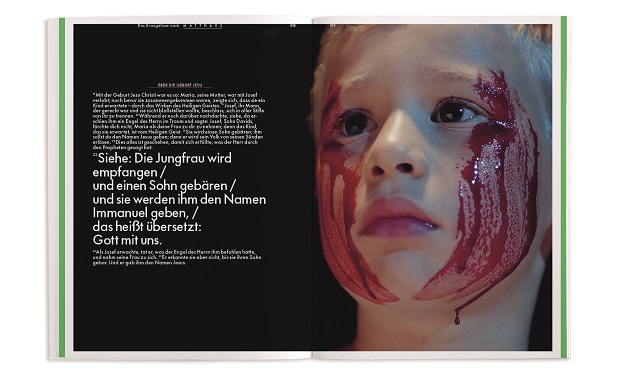 The idea, according to its creators, is “use artistic typography to present the full text of the New Testament, adding impressive large format pictures, original infographics – a Bible to flip through, to read, to dive in without barriers”.

Journalist Oliver Wurm and designers Michael Pernegger and Andreas Volleritsch have created the project, which signals the texts in colours: the Gospels are green, the letters of the Apostles purple, the Revelation black… 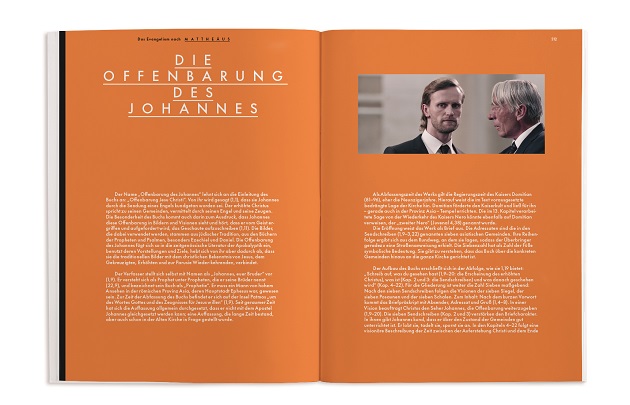 The magazine uses an easily readable Catholic version of the Bible (the Einheitsübersetzung). A review of the German Pro Medien Magazin notes that “some images used are problematic”, as some scenes represented “do not fit into the descriptions of the Bible”. The images are taken from the film Jesus cries (2015), by director Brigitte Maria Mayer.

According to this review, the Bible will find good reception among those who are looking for a “fresh colourful and typographical representation of the Gospel”.

But it might not be useful “for new converts, for evangelism or for study”. 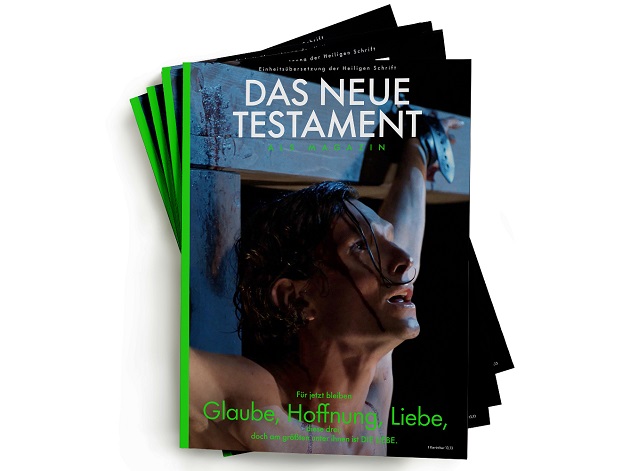 The authors already published a similar project with the Bible in 2011, and also gained media attention with their magazine version of the German Constitution, in 2019. 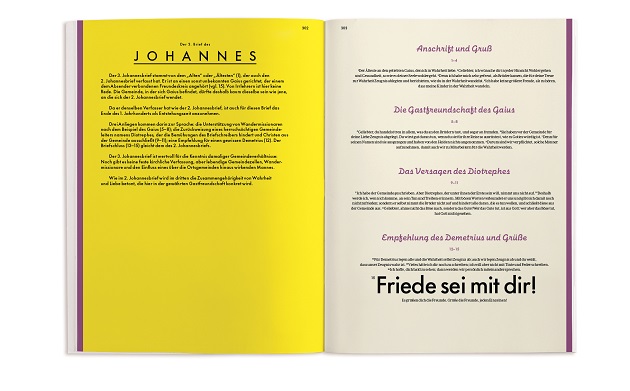