Maus: Does human evil have limits?

The graphic novel tells the story of a Jewish family that survived the Nazi holocaust. It focuses on the suffering and pain we bear. 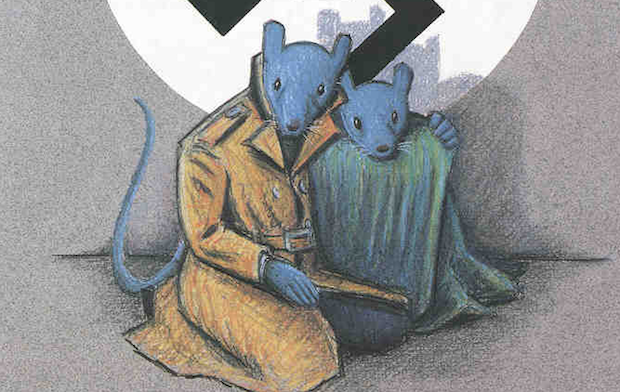 Maus is the title of a grapic novel which tells the story of Vladek, a Jew who survived the Nazi concentration camp of Auschwitz. Art Spiegelman is the author of the book. Maus can be considered his best book. He received the Pulitzer Prize in 1992.

They think: if God exists and He is good, why does He permit so much evil in this world? Does He not care about human desperation? And,what is the meaning of life in such a hostile world?

It seems obvious that this world needs hope - can we become representatives of that hope? Pain can destroy anyone. So does suffering make sense? Is it useful? Does it improve our dignity? What can we say to someone who has lost everything? 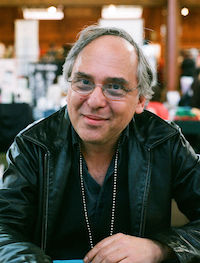 According to Spiegelman, Maus is the autobiography of his father, and it tells everything he experienced during the Jewish persecution. His distrust in God´s goodness is present throughout the story.

Spiegelman portrays Vladek as a mouse shut up in a labyrinthine fate, from which he cannot get out.

This Jewish family survived the Nazi holocaust, but life goes on. They have to face the search for the meaning of life, after so many years of sorrow. If the worst has already passed, why don’t we have cordiality, respect and love at home?

HOW FAR CAN HUMAN EGOISM GO?

Artie, the main character´s son, only searches for his own interest, so that when his father gets sick, Artie is not willing to take care of him as he deserves. Had not his father earned enough praise surviving the extermination? 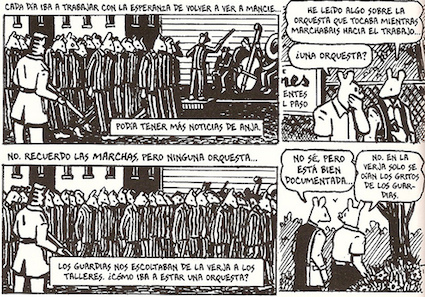 The author opens a debate about the way we take care of our elders. He also shows us that great sorrow is not able to improve the dignity of those who suffer.

I am not a better person because I have suffered more. Suffering is just one more battle to win. Pain can ruin us. It is very likely that what I suffered in the past will not necessarily make me a better person now.

Maus shows how human misery sullies human history with a pessimistic question like: How is it possible that so much evil has happened? Have the Jews not been oppressed enough throughout history?

The apostle Peter knew what he was doing when he challenged his people with these words: “When God raised up his servant, he sent him first to you to bless you by turning each of you from your wicked ways.” Acts 3:26.

IS THE BIBLE STILL RELEVANT?

The word of God goes ahead of Science. Science does not warn us about what has been, is and will be. The Word anticipates the necessary knowledge, in order to warn us and help us to have enough light to face the big human challenges of our century.

Everything is written, there is nothing new under the sun. But accepting this requires faith.

Long before there were sonograms, or books written about the transformation of a foetus into a baby, the Psalmist proclaimed: “Your eyes saw my unformed body.”

Human knowledge will never be ahead of God´s design. We are creatures, not creators.

Spiegelman turns his back to the real story of his people, and forgets (voluntarily?) Toráh´s essence:

It is a relief to know that Jesus cried. The Creator of the universe, He who holds time in his palm, cried at Lazarus´s tomb. He was and is aware of human suffering since we were born.

He knows how hard life is, and how much death tears us apart. That is why he decided to conquer it, walking the longest distance. A second mile that leads to a fallen human. 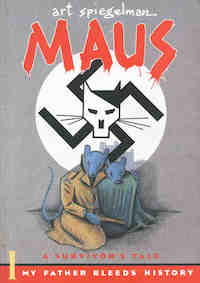 Does human evil have limits?

Yes. Jesus faced it and limited it when he explained where we come from, what is wrong within us, and how can we overcome the big fault or separation between God and humanity.

It is not about facing death and just saying: “Everything is fine”.

Hemingway said: “life is a short one day trip, from nothingness to nothingness.” That is the pessimistic idea we find when we put all our confidence in human effort and knowledge.

Most of the time, our own suffering clouds our sight. Trying to escape from sorrow, we cling to a solution that seems perfect but is incomplete. That utopia leads to a lack of freedom, because it takes us away from the real life which does not end here.

We all should ask ourselves often, Am I in debt to others? Or, do I believe that everything starts and finishes with me? C.S. Lewis writes in his book Mere Christianity that “wickedness, when you examine it, turns out to be the pursuit of some good in the wrong way.”

Maus is a direct testimony to the holocaust disaster. In addition, it indirectly illustrates how a human being cannot reach plenitude by himself.

It does not matter if we belong to a people chosen by God. It does not even matter how much we have suffered, or if we seek to do good in everything we do.

In the end, sooner or later, we will face the dissatisfaction of knowing that, from the beginning, men voluntarily decided to put God out of the equation of our lives.

Since then, humanity follows a wickedness which ends up in death. Will we accept Jesus as the only one who is able to conquer it in our favor?