‘Digitalisation gives a chance to bring believers from abroad much closer’

A recently launched news platform for Europe has been live since October. We speak to its editor-in-chief, the Dutch journalist Evert van Vlastuin. 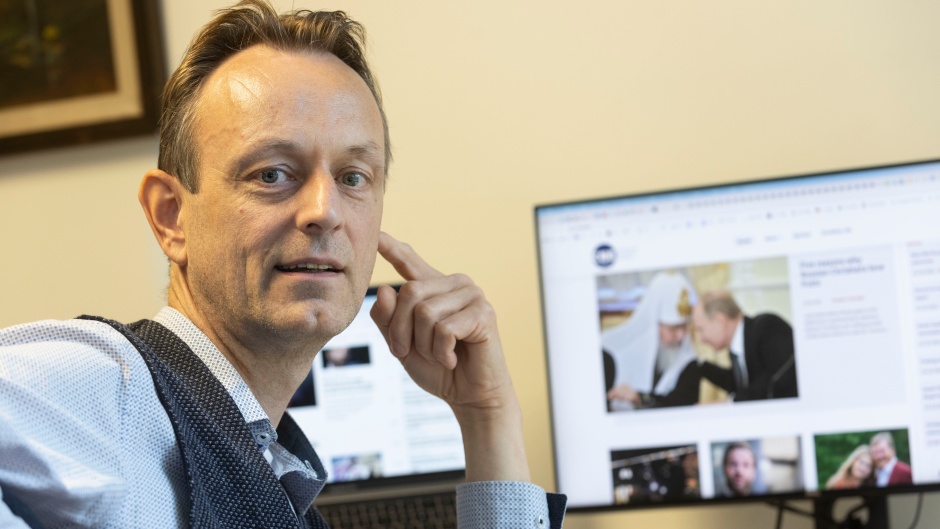 In an increasing secularised Europe, it is vital that Christians know the stories and perspectives of believers in other countries.

This is one of the ideas that encouraged a media group in the Netherlands to launch a daily news website in English for the continent. Since October 2021, Christian News Network has become the second such initiative in Europe after the launch of Evangelical Focus in 2015.

The new portal will not be focusing on the English-speaking countries but on continental Europe, and is born with a desire of “cooperation with other Christian media”, the team has said.

Evangelical Focus wanted to know more about the vision and background of the project, and asked CNE’s editor-in-chief, Evert van Vlastuin.

Question. You launched CNE in October 2021. What have been the feelings been as a team in these first weeks after the launch?

A. The response was very positive. Many people who know our newspaper, the Dutch Reformed Daily (Reformatorish Dagblatt), were surprised. You could see that in reactions on social media. They had not expected that we would have our eyes on Europe.

Especially in the Netherlands, we received quite some publicity, most in the Christian press. In other countries, the name of our publishing house (Erdee Media Groep) is not so well-known, so the Christian press in Europe was somehow reluctant.

After five weeks, the feelings of the editorial team are optimistic. We have been able to publish news about significant developments in many countries. Christians in many countries have the same struggles, and I think it is good to see that.

Obviously, some things are less pleasant too. Like many other organisations in the Netherlands and beyond, we suffer from a shortage of people. So, we are, in fact, understaffed. Because of that, we cannot do what we actually want.

Q. One of your aims is to bring Christians in the east and the west of Europe closer by sharing stories from both sides. Could you explain a bit more about this?

A. A Dutch expression says: Unknown makes unloved. If you don’t know your brother and sister from abroad, it is difficult to be really sympathetic towards your neighbour.

Europe is a patchwork of nations and languages. Even Christians with the “gift of tongues” are not able to understand all of these. But through digitalisation, information is much more accessible and even translatable. That gives a chance to bring the fellow-believer from far-away much nearer.

Think about Pävi Räsänen, the Christian MP from Finland. She is in trouble with the police because of some Bible texts about sexuality she published on Facebook during the LGBT Pride event. I think, for all Christians in Europe, it is good to follow a case like this. Firstly, in prayer. But secondly, also to know how this will end. It might very well be that this case is a forebode of the legal position of Christian sexual ethics for the future in many more countries.

Q. You personally have worked for the Dutch daily newspaper Reformatorish Dagblad for years. How will your work with the European CNE be similar or different now?

A. Both of them is journalism. But the rest is different. Writing in another language is very different from expressing yourself in your mother tongue. And writing for a digital platform is not the same as for a traditional newspaper.

The most significant difference might be the readers. The Reformed Daily is both a pillar and an “identity marker” of the Reformed community in the Netherlands. Christians in the north of the country know quickly about something that has happened in the south. Or readers from the one denomination read the synodal decisions of the other denomination. There is a very short distance between the RD office and the Bible Belt. As a journalist, you know what photos they like and what they dislike.

At CNE.news, we practice Christian journalism beyond the borders of the Bible Belt. We don’t know what readers prefer to read about and what their needs are. The only thing is that we know that we do not focus on one community but many different communities.

Another aspect is very personal: the Reformatorisch Dagblad has been a moving train for 50 years already. You can either join or jump off. CNE.news is an experiment, something completely new. We have to build that from scratch.

But in that, there is a similarity as well. Around the RD’s 50-years jubilee in April 2021, we listened again to people’s testimonies from the first hour in 1971. For them, the paper was a matter of faith and part of a spiritual battle. For CNE.news, that’s the same. If all media were sympathetic towards Christian values, there would be no need for a Christian platform. 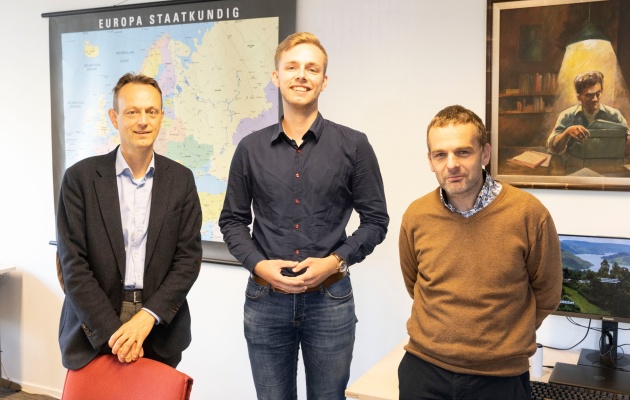 Q. How would you define the situation of Christians in Europe? What are the challenges and opportunities of the church in the continent?

A. I am afraid it is difficult to speak about this for the whole of Europe. The tendencies differ from region to region.

As a Dutch person, the North-West of Europe is my environment. What we see here is a gulf of strong secularism. Up to the 60s, the Christian values were, so to say, the “default position” in society. Marriage was sacred; divorce was the exception.

Nowadays, Humanism is normative. Even if there exists something ‘higher’, we don’t reckon that as authoritative. Swearing and insulting the holiness of God belongs to the daily experience. But the personal orientation and identity of your neighbour have to be kept holy.

The church could be seen as marginalised. The government has much more attention for interest groups, from the labour unions to the LGBT movement. And the media have more interest in sports and economics. Even if the church criticises the government, politicians will not really take notice of that.

If I see this correctly, this is also the dominant atmosphere in the European Union. Many EU leaders and Commissioners decide not to go beyond the consensus with regards to ethics and religion. In that respect, the EU remains to be a Western European phenomenon. No surprise that this gives tensions sometimes in other regions.

In the East of Europe, I think, the atmosphere is much different. In Russia, the Orthodox Church is very visible and recognised by both the media and the government. From a Western perspective, the church is used for political goals. It seems to me that there is no real freedom to criticise the president. But the church can use the visibility to preach the gospel of Jesus Christ. And to show the love of God for the homeless and other helpless neighbours.

Central Europe is, I guess, in-between the West and East. The Hungarian and Polish governments would probably try to use the church for political purposes, but the church is strong enough to criticise the government. I think the church has opportunities to participate in the societal dialogue and to give moral and religious impulses to the debate about ethical topics.

Then, shortly, the North. The traditional Lutheran state churches have been so near to the political world that independence is still very difficult. Speaking about topics like abortion or same-sex marriage, the majority of the church is not used to being critical to the general culture. In a sense, that’s comparable to the position of the Russian church.

In the South of Europe, my impression as a Calvinist is that the Protestant churches are still very marginal there. I think that is a sad thing since the Evangelicals indeed have something to add. 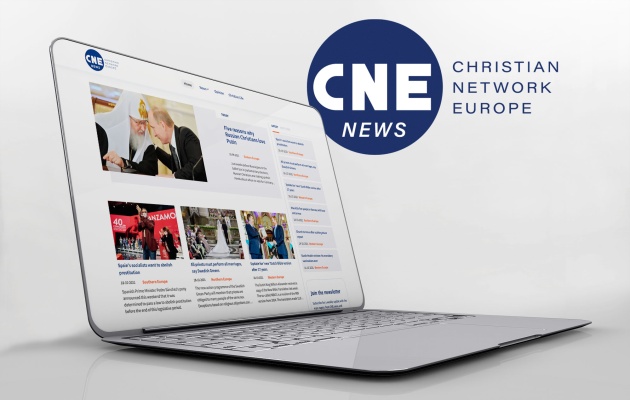 Q. Can you think of specific issues that reflect these trends?

A. There is one thing that is causing unrest in almost all churches worldwide: same-sex marriage. It seems nearly impossible to acknowledge the marriage status of homosexuals without splitting the church. For both Catholics and Evangelicals, marriage is fundamental. According to Ephesians 5, it is a reflection of Christ and the Church, and therefore fundamentally heterogeneous.

Another topic is symbolism. Having a cross on the church leads to irritation, as we see in Norway at this moment. A Bible text on the school building is questioned, as in Sweden this summer. And the crucifix in the classroom has grown out to a classical political and judicial question for decades in several countries. To this list, I would like to add the debate about the burkini in France a couple of years ago. Behind all this, I see an attempt to de-legitimise the beliefs that are not part of the ruling consensus.

Q. Why do we need good quality journalism with a Christian perspective in nowaday’s internet context?

A. Well, especially in this Covid era, we see a lot of confusion due to disinformation. That illustrates that we need reliable information about the different parts of Europe.

At the moment, within the EU, there is a lot of tension between the West and the East. Look at Poland and Hungary. I think this has to do also with the position of Christian values in these countries. For the EU, it is hard to swallow that a Constitutional Tribunal says that unborn life is sacred since abortion as a women’s right is sacred. Instead of saying that Poland is ruled by populistic female haters (as many media do), it is better to explain the different worldviews (what we aim to do).

Q. Is there something you would like to add?

A. If we look around in Europe, we see what St. Paul calls the “spiritual battle” (Ephesians 6). This has always been there, but the more robust the secularisation, the stronger this battle.

The Western culture will keep its Christian character but in a very different way. Marriage will remain on the statute book but in another form. From a Biblical perspective, you could argue that some relations that are called marriage now, are in fact, fornication and the opposite of Christian marriage.

As a journalist, you cannot circumvent the battle. On the contrary, you have to go into it right away. That’s why we have chosen to focus on Christian values on CNE.news. This must be understood in the broadest sense: from sexual ethics to materialism; from neighbourly love and racism to stewardship for the natural environment.

We see that we don’t win this battle. If you see what bills are tabled in several parliaments, you will lose all hope. But one Christian MP asked me after having a week of complex debates: “Why don’t you see that this war has been won already?” And a schoolteacher once said: “We don’t work for victory; we work from victory.” In other words, the foundation of this work lies in the accomplished work of Christ.

CNE.news is not “just a nice journalistic project” but a spiritual task. Therefore, we need to bring all this in prayer to the Lord. And, don’t forget, we need the prayers of other Christians as well.

Published in: Evangelical Focus - culture - ‘Digitalisation gives a chance to bring believers from abroad much closer’