“The Bear Bible is a hidden jewel of the Spanish literature”

The 1569 Bible translation “is an unknown masterpiece”, Spanish academic Antonio Muñoz Molina says in an interview at the public television. 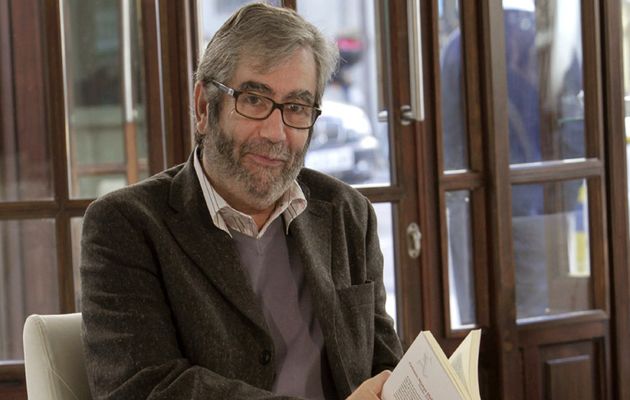 Well-known writer and member of the Royal Spanish Academy, Antonio Muñoz Molina, talked about the importance of the Bear Bible in the Spanish television program Buenas Noticias (the evangelical space in the Spanish public television).

According to the writer, this Bible translation printed in 1569 is a hidden jewel of the Spanish literature, as he stated it in an article at  the El País newspaper. Muñoz Molina also shared historical and literary details about that version during the program.

“ONE OF THE GREATEST SPANISH WRITERS”

“For me, Casiodoro de Reina is one of the greatest writers of the Spanish literature. A translator is a writer, specially about something so oblivious to what is culturally routine in Spain”, Muñoz Molina explains.

Although Spain is a Catholic country, “the Bible has not had presence in the daily life of people.” That makes Casiodoro de Reina's work “even more meritorious.” 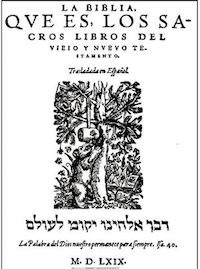 “Casiodoro de Reina needs to form worlds and create records in Spanish which did not exist before. For instance, the prophetic tone, the tone of the Psalms, are records which had never been written in Spanish before”, Muñoz Molina says.

However, Reina's work was silenced. The Inquisition burnt the copies of this early Bible, and forbade the reading for four centuries.

“It is an unknown masterpiece”, the writer says. “Imagine that the Quixote would have been minimally transmitted and would have been persecuted for four centuries... that is what happened with the Bible.”

That persecution had hard to imagine consequences for the literature. In comparasion with the relevance of the Bible in the English-speaking world, Muñoz Molina argues that “the Bible in English helps to create an important part of its literature... For instance, the Milton's poem Lost Paradise, or Moby Dick, would not exist, being the latter full of biblical language.”

Today the situation has changed. The Bible is close at hand, and for Muñoz Molina it is an indispensable text.

“We can distinguish between religious ascription and sensibility towards the sacred, in the deepest sense. Some of our fundamental experiences are there and in any other place”, the author states.

Muñoz Molina confesses his admiration for several biblical texts and books. “Reading the book of Job during a moment of affliction is definitive. The human conscience has never gone that far in deep astonishment, before the injustice of suffering.

There is the the “disillusioned and nihilistic wisdom in Ecclesiastes, or the love celebration found in Song of Solomon, full of sensuality. One of my favourite texts is that strange night when Jesus was detained, Peter is in the High Priest's patio, and the prophecy of his betrayal is fulfilled. For a writer, there are things full of narrative wisdom”, he adds.

He also recognises the influence Bible reading has had in his writing.“It has been essential. In my novel The Polish jockey, there is a Bear Bible which is transmitted from generation to generation. In my last novel, the presence of the Bible is very important, because one of the characters is Martin Luther King, a Baptist pastor, whose activism is based on the language and the spirit of the Bible.”

“THE GREAT ONES HAVE ALWAYS BEEN PERSECUTED”
At he end of the interview, Muñoz Molina points out that many Spanish writers have been persecuted.

“The Spanish literature is made in the persecution, the dissidence, against the flow.” And the Spanish Protestant tradition is part of that too, its influence “has wanted to be removed, although it also belongs to the Spanish culture.”

“The great ones have always been persecuted”, Muñoz Molina concludes.

Published in: Evangelical Focus - culture - “The Bear Bible is a hidden jewel of the Spanish literature”