Apologetics Forum: “Jesus is the better answer to the identity questions”

In the Spanish city of Zaragoza, national and international speakers addressed the trends in Europe around the question of human identity. 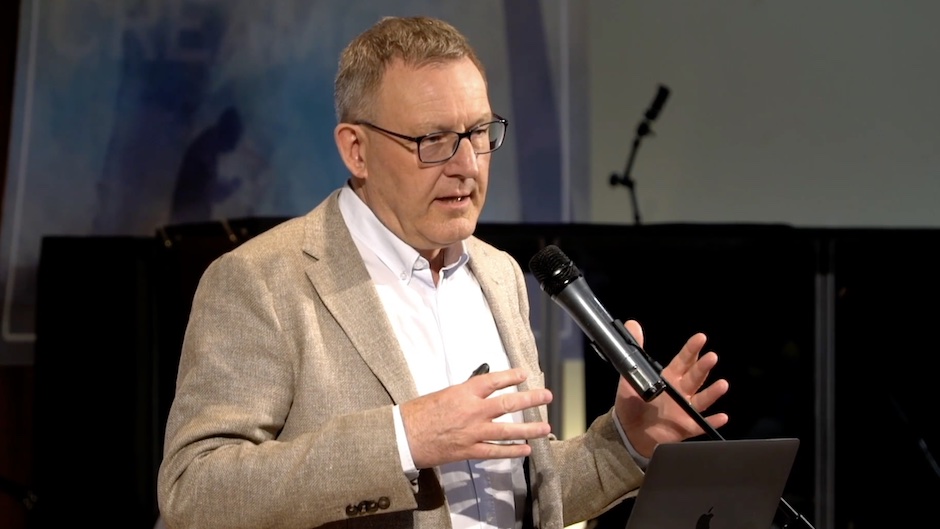 The Swedish apologist Stefan Gustavsson was one of the speakers of the Spanish Apologetics Forum, held in Zaragoza, 6-8 May 2022. / Photo: Fórum Apologética.

Identity is one of the most talked issues in Europe today. At the Spanish Fórum Apologética (Apologetics Forum), answers to some unresolved fundamental questions were explored form a Christian perspective.

“Not only society, but also as a church we have suffered a lot in recent years and we can say that we are not the same as before”, said at the beginning of the event Andy Wickham, director of the Pontea Foundation, one of the organisers of the conference, alongside GBU (IFES Spain) and the Spanish Evangelical Alliance. “We are in a context that is more vulnerable, more broken, and also perhaps more open to seeking answers”.

It was in this context that plenary sessions, Bible expositions and seminars focused on “finding true meaning in a culture of self-esteem”.

The event took place at the Evangelical Baptist Church in the city of Zaragoza from 6 to 8 May. In addition to the 180 people who attended in person, a further 70 people fllowed the event via live streaming. Over 30 volunteers worked on a new “hybrid” Forum format. The participation of the local church worship team in the conference’s sessions was also highlighted by many. 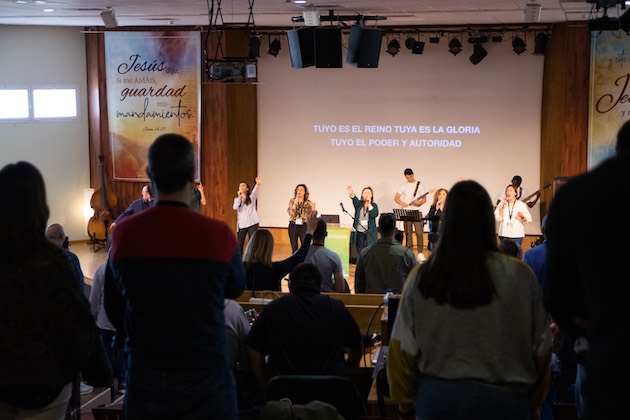 The worship team of the Baptist Church of Zaragoza introduced the sessions of the Apologetics Forum. / Photo: Fórum Apologética.

Stefan Gustavsson, director of the Apologia Centre in Sweden, was the first general secretary of the Swedish Evangelical Alliance. Over the course of the weekend in Spain, he gave an overview of the social and cultural situation in the Western world, focusing mainly on Europe and its path towards secularisation.

The move away from God as the central concept for building the foundations of society has led to the belief that reality must now be defined according to the desires of the individual, he said.

Many of the “old truths have been discarded”, said Gustavsson, pointing to issues such as sexuality and identity, where “the secular-rational value of self-expression is thriving”.

A Europe where for centuries the Christian faith played an important role in the formation of values, “Today’s culture thinks only of the here and now, not of the kingdom of God that is to come”. As a consequence, “the initial and final reference of things” has been lost. 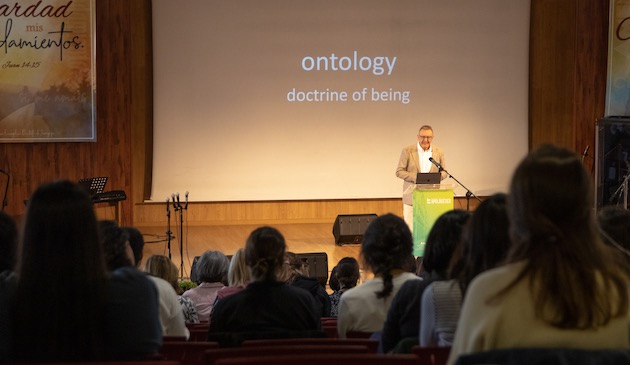 Stefan Gustavsson, in one of its plenary sessions. / Photo: Fórum Apologética.

A Europe “divorced” from God

For Gustavsson, “most European countries have separated from God as if it were a divorce”. In part, it has been because the church “has not responded to the critical questions” that society has been asking for many years, making the Christian faith look irrelevant.

But when the ultimate authority of God disappears, all other institutions are weakened. When the emphasis is on the “happy individual”, the “foundations of meaning are weakened”, he said.

We live in the age of “the psychological man”, who is “born to be pleased”. “People are desperately searching for something that defines them. But how to get it? What once seemed like liberation has become a prison” as “emptiness and deep confusion” appear.

In the second session, Gustavsson delved into the problem of finding meaning and sense in existence apart from God. He reflected on how existentialist philosophers realised the emptiness and meaninglessness that the lack of God causes in human beings, which leads to an erosion of the concept of morality.

Exploring God’s revelation to Moses, Gustavsson spoke about the hope that arises from a God who reveals himself as eternal, self-sufficient, but who communicates and cares for the human being.

Gustavsson added that there is no better paradigm of identity than that offered by the Bible in revealing Jesus not only as God, but as the perfect human being. “Answering who I am is fundamental: many people seek answers in introspection but find that that ends up being unsatisfactory”. That is why Christians find a compelling answer in Jesus, who is “the true human being who has fulfilled God's plan for humanity, it is in him that we can return to our true identity”.

Just as the image of God in the human being has been distorted by sin, it is recovered by Jesus, meaning that Christ is “the best apologetic answer to the question of identity”.

Christianity shows us how to be “truly human”, Gustavsson concluded. “Jesus Christ is the true human being who leads us to be what we were meant to be”. 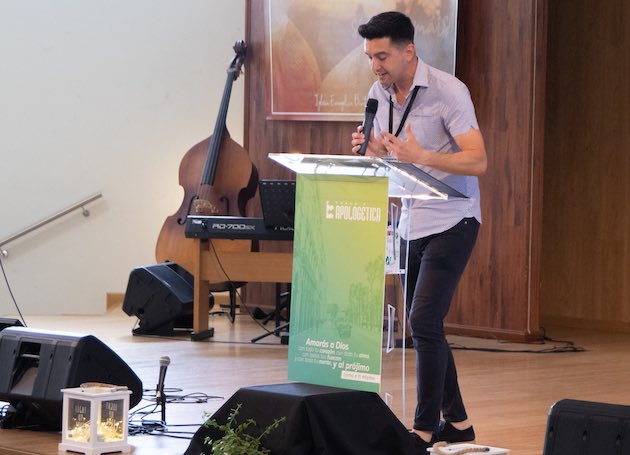 Principle of authority: who do you listen to?

In the Bible expositions focused on what the Bible teaches in its first chapters. Hélder Favarin, Global Youth & Young Adults Director - Community Bible Study and evangelist, showed how these texts in Genesis “are a paradigm, a model that helps us to understand what God designed for human beings”.

In the story of Adam and Eve, Favarin showed how God planned a prosperous, useful and happy life for human beings. However, the tragedy of the Fall is that humans stop listening to God and follow other voices.

In the same way, human beings today shy away from answering the existential question “where are you?”. This is a question that implicates us, that makes us responsible for our actions. “What voices do we listen to in order to define who we are? Human history is there”.

The age of egocentrism

Favarin went on to expose the problem of personal identity, which has been exacerbated by the emergence of social media in today’s cultures. The “selfie generation” seeks to build everything on the self and the now. “We look for answers in our personal development, but it's just a façade”, Favarin said.

This model of self-centredness can be seen already in the story of Cain and Abel. “Life is a constant search for approval of the self, without finding what we are looking for. Self-centredness drives us to comparisons, which are a cause for depression, anger or jealousy”, Favarin commented.

The experience of these two brothers shows that our identity is impacted by the actions of others and that the Bible calls us to live in community. “We are interconnected, that’s why God is so serious about human responsibility”.

“God invites us to rethink our way of life out of mercy. Christ’s sacrifice leads us to a life of selflessness, to a life of freedom. We have to answer: what are you doing for others, where is your brother?”, concluded Favarin. 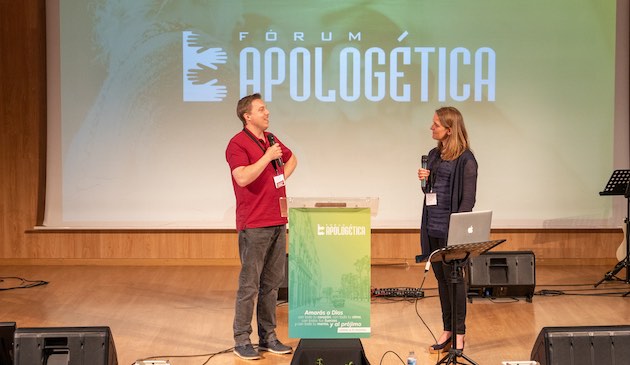 During the event, stands of Christian ministries in Spain shared about their work, and several resources were presented. 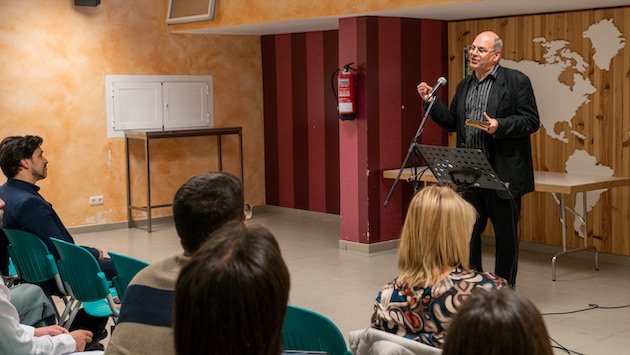 José de Segovia spoke about the interpretation of difficult passages in the Bible. / Photo: Fórum Apologética.

The Spanish Apologetics Forum (visit website in Spanish language) is a gathering organised by the Spanish Evangelical Alliance, the United Bible Grous (GBU) and the Pontea Foundation, following the initial impulse of the European Leadership Forum. The conference seeks to offer reflection that responds to contemporary ideological trends. It is usually held every two years, with this 2022 edition being its seventh edition.

Published in: Evangelical Focus - culture - Apologetics Forum: “Jesus is the better answer to the identity questions”