Musical tribute to the Spanish ‘heretics’

The Ensemble Bohórquez recounted the history of salvation through the pieces of classical Protestant composers. The concert took place in Valladolid, a key Spanish city in the times of the Reformation. 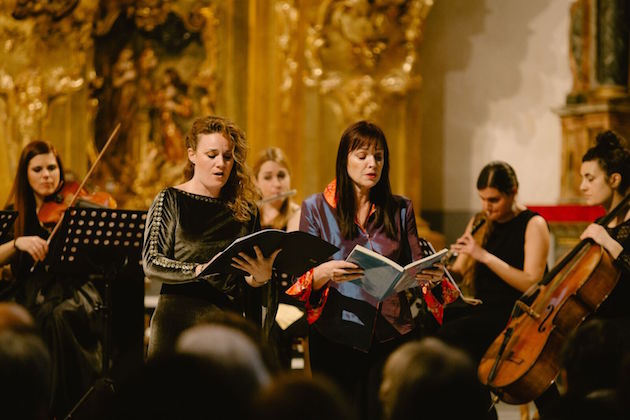 The Spanish city of Valladolid hosted a benefit concert, as part of the events that the evangelical churches of that city are organising to celebrate the 500th anniversary of the Protestant Reformation.

The event linked music with solidarity. Representatives from several NGOs showed their activities and historian Evangelina Sierra, a member of the 500th Anniversary celebrations comitee in Spain, presented the concert by Ensemble Bohórquez.

This classical chamber music group is formed by musicians with an evangelical faith. The group is named after a young Reformed martyr in Seville, whose commitment to her faith led her to the bonfire.

It was exciting to hear again the Protestant voice, this time in the form of music, in the Church of Salvador (the Saviour), where Doctor Cazalla, a Protestant pioneer, preached five centuries ago.

The recital covered the history of salvation preached by classical Protestant composers, beginning with the annunciation of the birth of Jesus, his suffering and death and the security that His resurrection gives us, to end up feeling his loving care for us. 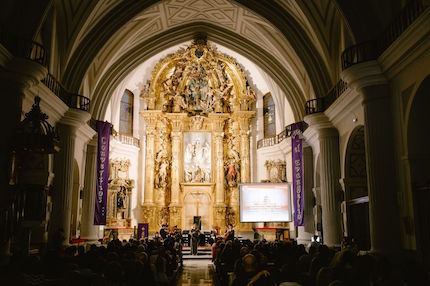 Instrumental pieces by G. F. Haendel were performed, along with an oboe-length by G. P. Telemann, which showed the splendid sonority of the church.

These compositions were alternated with J. S. Bach pieces in which the voices gained prominence. The audience was touched by the interpretations of the soprano Patricia Cayuela and the contralto Flor Lago.

“Erbarme dich” ("Have mercy"), beautifully interpreted by Flor's dramatic register, or the exultant security that we receive from the brilliant voice of Patricia interpreting “I know that my Redeemer liveth”, a text that we find in the last words of many of our ancestors, were among the pieces perfomed.

SHARING THE TRUTH THROUGH MUSIC

The musical director, Carla Suárez, designed a concert with a careful balance between the content and the musical performance.

Certainly, the technical quality of the Ensemble and the voices involved were wonderful, as the audience acknowledged with their applause, but their performance had an added value, which is not easy to find in other concerts. Interpreters not only reproduced notes and words, but they also deeply believed the truths that those pieces brought, and that was transmitted eloquently. 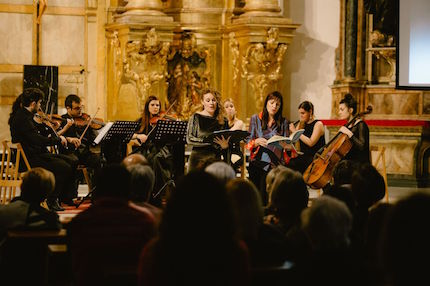 Patricia and Flor had never sung together, but their connection was easy and quick; while one was acting, the other was praying for her.

It is thus easy to understand that when both sang with the orchestra “So ist mein Jesus nun gefangen” (“So my Jesus is captured"), the union between them, together with the orchestra, was perfect and filled everyone's hearts with harmony.

THE VOICE OF THE REFORMATION

The final piece was "Finland" of J. Sibelius, which all evangelicals identify with the lyrics of "I Rest in You." It reflects the peace and security that Jesus brought to our lives.

Of course, the concert ended by singing "A Mighty Fortress Is Our God", by Martin Luther. Valladolid heard the voice of the Reformation again. 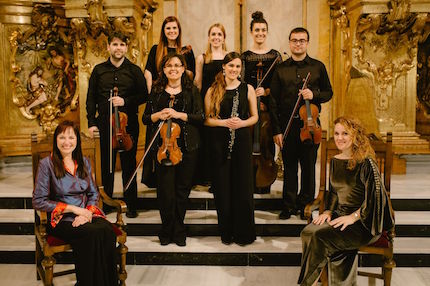 The mother of Clara, who plays the transverse flute, told her before starting the performance: "You will go up there to honor the memory of your ancestors, who paid such a high price for their faith."

We are witnesses that she and her companions did so, with true excellence, for the glory of God.