“His writings made theism a serious option within academic philosophy”, the John Templeton Foundation says. Plantinga hopes “the Prize will encourage young philosophers.” 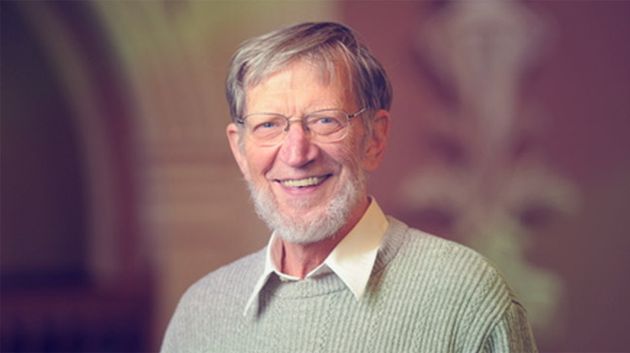 The American scholar Alvin Plantinga has received the 2017 Templeton Prize Laureate, because “his rigorous writings over a half century have made theism (the belief in a divine reality or god) a serious option within academic philosophy”, the John Templeton Foundation has announced.

“Alvin Plantinga recognized that not only did religious belief not conflict with serious philosophical work, but that it could make crucial contributions to addressing perennial problems in philosophy”, said Heather Templeton Dill, president of the John Templeton Foundation, which awards the Prize.

According to Dill, “sometimes ideas come along that revolutionize the way we think, and those who create such breakthrough discoveries are the people we honor with the Templeton Prize.”

“I HOPE THE PRIZE WILL ENCOURAGE YOUNG PHILOSOPHERS”

In response to the Templeton prize, Plantinga hopes that “the news of the Prize will encourage young philosophers, especially those who bring Christian and theistic perspectives to bear on their work, towards greater creativity, integrity, and boldness”

“The field of philosophy has transformed over the course of my career. If my work played a role in this transformation, I would be very pleased”, he adds.

Alvin Plantinga will be formally awarded the Templeton Prize in a public ceremony at The Field Museum in Chicago, Illinois, on September 24, where speakers will include Hamza Yusuf of Zaytuna College in Berkeley, California, Yoram Hazony of the Herzl Institute in Jerusalem, and Meghan Sullivan of the University of Notre Dame.

Plantinga, 84, is the John A. O’Brien Professor of Philosophy Emeritus at the University of Notre Dame, where he taught for 28 years until retiring in 2010. Prior to that, he was a professor of philosophy at Calvin College in Grand Rapids, Michigan from 1963 to 1982.

However, in his early books, he considered a variety of arguments for the existence of God in ways that put theistic belief back on the philosophical agenda. His 1967 book, “God and Other Minds” marked the beginning of this study.

“In the 1950s there was not a single published defence of religious belief by a prominent philosopher; by the 1990s there were literally hundreds of books and articles defending and developing the spiritual dimension. The difference between 1950 and 1990 is, quite simply, Alvin Plantinga”, a philosopher who nominated Plantinga for the Prize says. 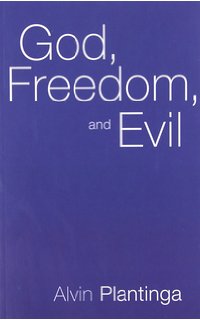 An early landmark in Plantinga’s career was his “free will defense” against the most widely cited argument against theistic belief, the so-called argument from evil, which aims to show that the existence of both God and evil are logically incompatible.

Plantinga counters that in a world with free creatures, God cannot determine their behaviour, so even an omnipotent God might not be able to create a world where all creatures will always freely choose to do good.

Its final version in “God, Freedom, and Evil” (1974) is now almost universally recognized as having laid to rest the logical problem of evil against theism.

In the 1980s and 1990s, Plantinga’s work returned to matters of theistic belief and larger questions of knowledge and rational belief.

His 1984 article, “Reason and Belief in God” disputes the “Classical Foundationalist account of knowledge” according to which beliefs are justified if and only if they can be justified by a chain of reasoning terminating in various types of self-evident beliefs.

Plantinga contends that the set of foundational beliefs, what he calls “properly basic beliefs”, are much broader and include belief in the existence of God.

That article became the launching point for his magnum opus, the “Warrant Trilogy”. He defines the notion of warrant as that which distinguishes knowledge from true belief. Warrant: The Current Debate and Warrant and Proper Function were published in 1993. The final volume, Warranted Christian Belief, was published in 2000.

Since 2000, Plantinga’s publications have largely focused on the relationship and compatibility of scientific and religious belief, with his book “Evolutionary argument against naturalism (EAAN)”, formulated in 1993 and restated in “Knowledge of God” (2008).

In 2011 he continued writing about this in “Where the Conflict Really Lies: Science, Religion, and Naturalism”, where he points out that the conflict is not between science and religion but between theism and naturalism: theism supports science while naturalism undermines it.

ABOUT THE TEMPLETON PRIZE

The Templeton Prize each year honours a living person who has made an exceptional contribution to affirming life’s spiritual dimension, whether through insight, discovery, or practical works.

The prize, valued at €1.3 million (about £1.1 million or $1.4 million), is one of the world's largest annual awards given to an individual and bigger than the Nobel Prize.

Established in 1972 by the late global investor and philanthropist Sir John Templeton, the Prize is a cornerstone of the John Templeton Foundation’s international efforts to serve as a philanthropic catalyst for discoveries relating to the deepest and most perplexing questions facing humankind.

The Foundation supports research on subjects ranging from complexity, evolution, and emergence to creativity, forgiveness, and free will.

Alvin Plantinga joins a group of 46 Prize recipients, including Mother Teresa, who received the inaugural award in 1973. The 2016 Laureate was Rabbi Lord Jonathan Sacks, the former Chief Rabbi of the United Hebrew Congregations of the Commonwealth. He was preceded in 2015 by Canadian philosopher and theologian Jean Vanier, founder of L’Arche.