Bono: ‘God is not interested in advertising, but in honest art’

The U2 singer talks about the Psalms in the Bible, music and life in a Fuller seminary video series. Artists “please God being brutally honest”, he says. 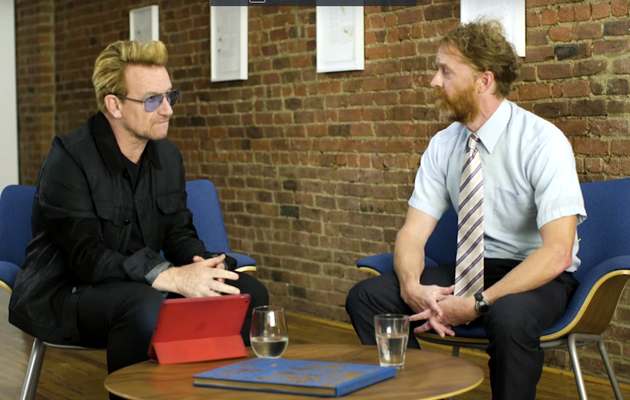 Bono and David Taylordurin one of the interviews./ Fuller Studio

To celebrate its first year anniversary, the Fuller studio has released five new video interviews between Bono and David Taylor, a Fuller Theology Seminary assistant professor of theology and culture.

The series have been called “Bono and David Taylor: Beyond the Psalms.”

“It was Bono, reflecting on his earlier conversation with Eugene Peterson in Montana, who requested more time to express how much the Psalms have influenced him”, the producers explained.

During the interviews, Bono and Taylor share more insights on the Psalms, songwriting, honesty in Christian art, life and death, justice, and more.

BEING INSPIRED BY THE PSALMS

In one of the videos, Bono said he has been looking at different kind of Psalms and all of them “have utility”, so he wonders “why I cannot find them in Christian music.”

When asked what Psalms would be good for someone who does not have a Christian faith or Bible knowledge, Bono said: “Psalm 82 is a good start. [It says] defend the rights of the poor and the orphans. Be fair to the needy and helpless. Rescue them from the power of evil people. See, this isn’t charity, this is justice.”

The Irish singer “loves that the Psalms have that.” He also talked about Psalm 9 and 12: “I will come because the needy are oppressed, I will give them the security they long for”, Bono quoted, and added: “This is Christ.” 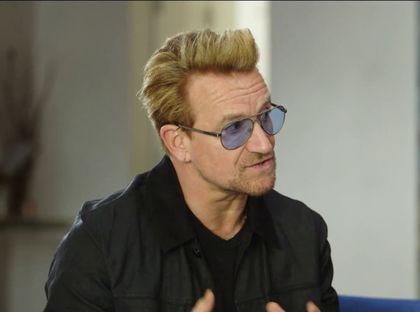 “We [U2] have a hunch that God is not that interested in advertising. It’s art, rather than advertising, that the Creator of the universe is impressed by”, Bono pointed out in another video.

He believes that “the creation screams God's name, so you do not have to stick a sign in every tree.”

Bono emphasised how important honesty is for “the artists – or potential artists – who might be listening in on our conversation and are not giving expression to what’s really going on in their life because they feel it will give the wrong impression of them.”

“We don’t have to please God in any other way than to be brutally honest; that is the root not just to a relationship with God, but the root to a great song. In fact, it is the only place where you can find a great song, any work of art, of merit”, he said.

The U2 frontman also highlighted the relevance and significance of King David, the author of most of the Psalms.

In the Old Testament we read how the King falls in love with a married woman named Bathsheba and commits adultery with her. To cover the pregnancy of his lover, he devises a plan to kill his husband, who was a soldier.

“David's behaviour is mind-blowing , he has such a darkness in him”, Bono says, but he was forgiven “through grace and redemption. David's psalms are marked by honesty”, he added.

Bono has never hidden his Christian faith, and his statements about that subject have been followed with much interest in recent years.

His mother, who would take him and his brother to the Church of Ireland chapel every Sunday– while his father would go to mass at the Catholic Church in the district of Finglas, north Dublin–, planted the seed of faith which came to fruition during Bono’s adolescence.

“Bono managed to bring together the rage fuelling punk and the compassion of Christ. He had the courage of biblical prophetic denunciation, alongside a glorious vision of a future of Christian hope”, theologian and journalist Jose de Segovia wrote in an article about the Irish singer.

“To this day, I still haven't heard a modern song of praise with the strength of Gloria – the first song on their album October –, which combines a confession of human powerlessness with a declaration of divine exaltation”, De Segovia said.

“ONLY GOD'S LOVE FILLS MY HEART”

"I became an artist through the portal of grief (...) My mother died at her own father's grave site. As he was being lowered into the ground she had an aneurysm. I was 14”, Bono said in one of the videos.

“I began the journey trying to fill the hole in my heart with music, with my mates, my band mates. Finally, the only thing that can fill it is God's love, it's a big hole but luckily it's a big love”, he added.

U2 AT JIMMY KIMMEL SHOW

U2, who are currently on a world tour celebrating the 30th anniversary of the release of their seminal album "The Joshua Tree", appeared last on Jimmy Kimmel Live and made a surprise, intimate performance of “I Still Haven’t Found What I’m Looking For.”

Bono presented it as a “gospel song with a restless spirit”, and sang it with a Gospel choir.

The band also was briefly interviewed by Kimmel. They spoke about the terrorist attack in Manchester.

“They hate music, they hate women, they even hate little girls. They hate everything that we love, and the worst of humanity was on display in Manchester last night. But so was the best… Manchester has an undefeated spirit, I can assure you”, Bono said.

You can see all the “Bono and David Taylor: Beyond the Psalms” videos here.

Published in: Evangelical Focus - culture - Bono: ‘God is not interested in advertising, but in honest art’