The Nazarene hood, a reminiscence of the Inquisition

Tourists are surprised when they first see the pointed hoods used in the Spanish Catholic Holy Week processions. 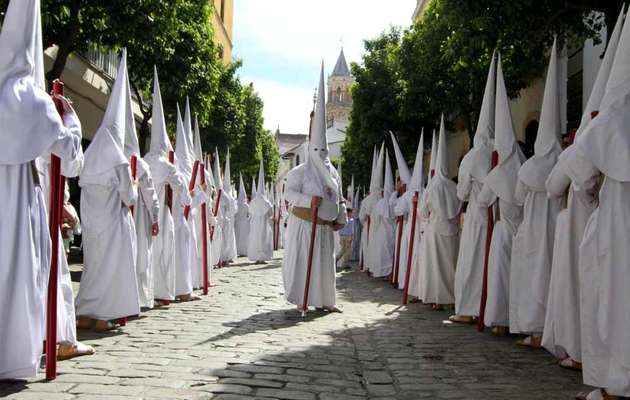 A Catholic procession of Nazarenes in the region of Andalusia, Spain.

Each Easter, Catholic processions flood cities and towns in Spain with a mixture of religion and tradition.

One of the characteristic images is the presence of Nazarenes covered with their typical pointed hoods.

But where does the use of this clothing come from?

The origin of the hood of the Nazarenes during the Catholic Holy Week is to be found in the beginning of the Inquisition, when those condemned for not following the official dogmas were punished to wear a cloth garment to cover their chest and back and a cardboard cone as a sign of penance.

The cloth garment that covered the chest and back was called ‘sambenito’, and the “sins” of the convict were written on it, so that everyone knew why they were were punished or executed.

The ‘sambenito’, was accompanied by a cone covered with cloth, that should be put on top of the head. 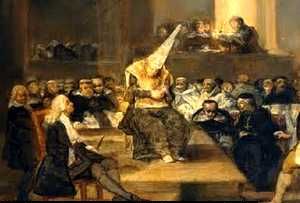 Images were painted on the hood which showed the punishment - for example, the flames of hell.

Some Easter Spanish brotherhoods, as well as institutions and brotherhoods that carry out their acts at other times of the liturgical cycle of the year, have adopted these traditions.

The Sevillian brotherhoods adopted it in the 17th century, and the custom soon spread to other Spanish cities. The cloth that falls on the face and chest hides preserves the identity of the penitent.

NO CONNECTION WITH THE KKK

Tourists often react with surprise when they first see the pointed hoods. Not only they give a sinister touch to the traditional procession, but they also remind many of the supremacist Ku Klux Klan movement.

Nevertheless, this Catholic tradition is much older than the racist groups started in the United States in the end of the 19th century.

Published in: Evangelical Focus - culture - The Nazarene hood, a reminiscence of the Inquisition