Twenty-seven evangelical scholars gathered for an intensive in-depth training week, to have “a more accurate and clear understanding of Roman Catholicism”. 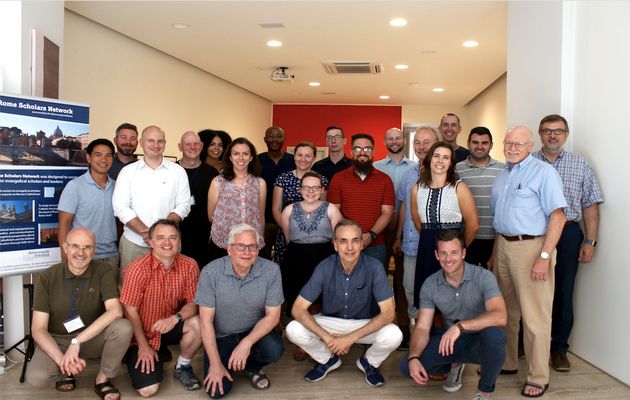 Participants in the 2018 edition of the RSN. / RSN

The third edition of the Rome Scholars Network (RSN) was held from June 19- 22 in the historic city centre of Rome, at the Instituto di Cultura Evangelica e Documentazione (Institute of Evangelical Culture and Documentation).

The program included four days of seminars, reports, and debates, and it provided sessions for the first year and second/third year participants as well as joint sessions.

According to the organisers, “the RSN is a unique and much-needed initiative for global evangelicalism”. 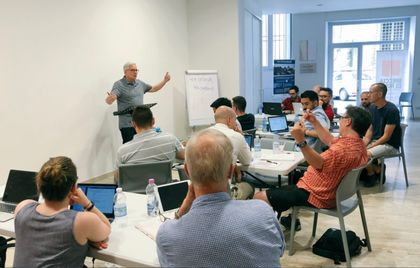 “It equips leaders with wisdom and discernment, by providing a more accurate and clear understanding of Roman Catholicism, in an age of undiscerning ecumenical attraction”, they added.

The themes addressed focused on an evangelical theological understanding of Catholicism “that accounts for the systemic nature of the Roman Catholic worldview”, the RSN pointed out.

The participants deeply explored the historical, doctrinal, devotional and cultural themes of Roman Catholicism within “the axes of the nature-grace relationship and of the relationship between Christ and the church”.

Additionally, during one of the sessions, they dialogued with a Catholic theologian from the Angelicum seminary, who “confirmed the plausibility of the analysis of Catholicism as an integrated system”. 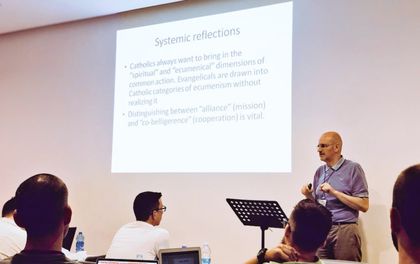 Several attendees emphasised the importance of learning both the theological and the historical aspect of Roman Catholicism.

“Having grown in my understanding both of Roman Catholicism as a theological system as well as how this manifests itself concretely, I am better able to equip others in the task of understanding Catholicism, as we seek to engage Catholics around us with the good news of Jesus”, said a church planter and professor of Church History from Australia.

Meanwhile, a Polish Bible and theological educator of missionaries in Eastern Europe and Russia, pointed out that he “found plenty to learn both in terms of purely historical or theological knowledge and in terms of applying this knowledge wisely to my calling as a minister and as a teacher”.

“This is a very needed initiative that enriches and equips the church for its ever challenging mission to proclaim the true Gospel of Jesus Christ to the dying world around us”, he added.

A professor of theology and biblical studies from the USA, stressed that he has grown “immensely in my understanding of the Roman Catholic Church and appreciation for how important it is for evangelicals to carefully evaluate Roman Catholicism as an overall system of belief before seeking to make decisions about how to engage in my particular contexts”.