“Hitler was a pantheist”

Professor Richard Weikart explains how Adolf Hitler was opposed to Christianity and tried to whittle away its influence. 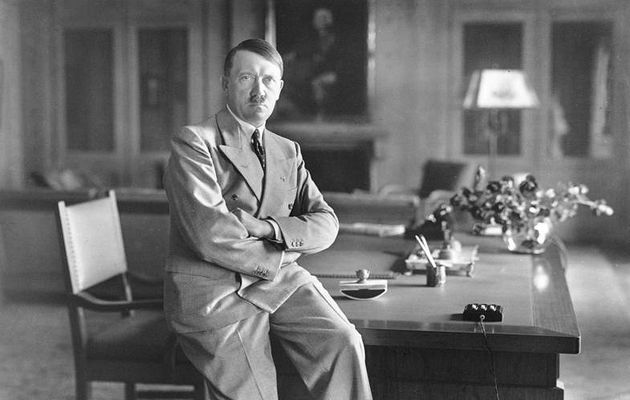 Many accuse Christianity of complicity in Nazism and the Holocaust, some even claiming that Adolf Hitler was a Christian.

However, Richard Weikart, professor of Modern European history at California State University Stanislaus, pointed out that Hitler was opposed to Christianity and wanted to undermine its influence.

“Hitler was a pantheist, he believed nature is divine, nature is god”, Weikart said in an interview during the European Leadership Forum in Wisla (Poland).

Additionally, “if you look at what Hitler said privately, we found out that he was constantly criticising Christianity and speaking negatively of it. All of his associates agree on that”, the professor explained.

Although Weikart admitted that, among Christians, “there was an anti-Jewish sentiment, which was developed over the centuries”, he emphasised that “Hitler anti-Semitism was quite distinct from Christian forms of anti-Judaism”.

“The Nazis persecuted the Jews, they did not care whether they were atheist, agnostic, practising Jews, or whether they converted to Christianity”, he added.

According to Weikart, “Hitler persecuted Christianity and tried to whittle away its influence wherever he could, when he came to power”. 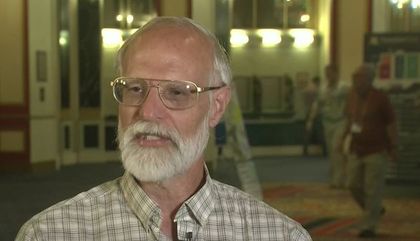 Question. Did Hitler base his anti-Semitic views on Christianity?

Answer. Many people accuse Christianity of having contributed towards Nazism, the Holocaust, and Hitler's anti-Semitism.

There is a sense in which there was an anti-Jewish sentiment, which was developed over the centuries. We cannot deny that as Christians, we need to confront that, recognise that, in fact repent of it.

However, Hitler's anti-Semitism was quite distinct from Christian forms of anti-Judaism, in that Hitler thought the worse thing that possibly could happen would be for Jews to convert to Christianity, which obviously is not what Christianity think - they believe Jews should convert to Christ.

The reason for that is because in the mid nineteenth century, many German thinkers, who had became secularised, began developing a new kind of way of thinking about the Jews: seeing them not as a religion, but as a race.

This new secularised form of anti-Semitism was based on the idea that Jews pass on their heredity and it has nothing to do with religion. So that, when the Nazis persecuted the Jews, they did not care whether they were atheists, agnostics, practising Jews, or whether they converted to Christianity.

They were still sent to Auschwitz or other death camps, on the basis of their heritage. Hitler's view on that sense was different form the Christian view of Jews or Judaism.

Q. What were Hitler’s religious beliefs?

A. Hitler was not a Christian, then, what was he? If we read carefully his works and speeches, it seems the closest we can come to identify him is as a pantheist, he believed nature is divine, nature is god.

He talks quite often about nature in a deify sense. If you read Mein Kampf, he is consistently deifying nature. In fact, translators of Mein Kampf always capitalised "Nature". There are several translations, and they all do this.

They recognised that he was just not speaking of nature in some generic sense, that we normally would be speaking of it, so that they ended up capitalising it, signifying that.

Hitler also calls nature eternal at times. If nature is eternal, it means it was not created by some other being or other god.

Another example is that Hitler said he wanted to tear down a Catholic pilgrimage church in Linz, Austria (which is where he grew up, and he was very familiar with the area) and put a planetarium and an observatory there. So that people, instead of going to worship at a Catholic church, they could essentially see the wonders of creation and nature.

All these things put together, and a lot of other evidences, just suggest that Hitler was a pantheist.

Q. How do we know that Hitler was not a Christian?

A. There are many people, specially atheists and other seculars, who accuse Christianity of being in line with Hitler, because they say Hitler was a Christian. But how do they know that?

The way they know that is because Hitler said he was a Christian, and he would not lie to us about something as important as his religion. However, if you look at what Hitler said privately, we found out that he was constantly criticising Christianity and speaking negatively of it. All of his associates agree on that.

If you read Goebbels' diaries, or Rosenberg's diaries, some of his closest associates,... If you read the memoirs of his secretary, or the German edition of his monologues (some people deny the authenticity of the English translation of his monologues, but the German edition is authentic), they are very anti-Christian. He spoke constantly about religion in those monologues that were done during the World War II.

In private he was constantly bashing Christianity, and there are actually some public places where he did that too. In the second volume of Mein Kampf, he once called Christianity a spiritual terror that took over from the far freer ancient world.

He also persecuted Christianity and tried to whittle away its influence wherever he could, when he came to power.

There are a lot of examples. During World War II, he ordered that all of the chaplains should be placed as far forward in the battlefront as possible, with the intent of trying to get them all kill off.

When he drew plans for rebuilding German cities after World War II, there were no churches. He was doing whatever he could to whittle away the influence of Christianity, without becoming too unpopular.

He has published six books, including most recently The Death of Humanity: And the Case for Life and Hitler’s Religion. He has also published extensively on the history of evolutionary ethics, eugenics, social Darwinism, euthanasia, and scientific racism.

He has been featured in several documentaries, including Ben Stein’s Expelled, as well as on many radio programs. He recently produced a documentary to commemorate the 500th anniversary of the Reformation called Exploring the Reformation and Revivals in Germany, which is available on Youtube.

Published in: Evangelical Focus - culture - “Hitler was a pantheist”