LifeWay Christian Resources will close its 170 stores: “We will focus on digital channels”. It is the third big Christian retail chain that closes in less than 6 years. 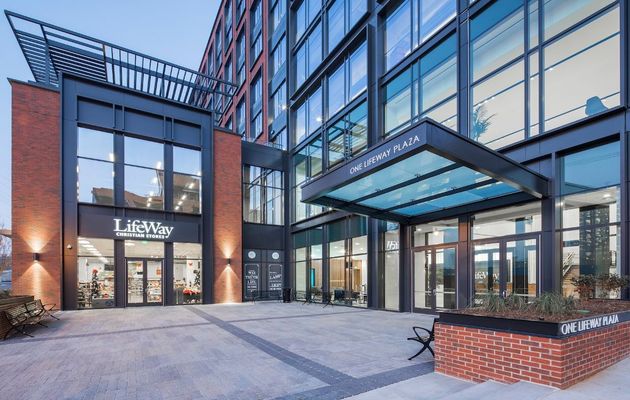 The largest Christian retail chain in America, LifeWay Christian Resources, will close all 170 stores this year, moving all its offerings entirely online.

The Southern Baptist affiliate had already announced in January its plans of reducing locations this year, due to declining sales and financial pressures.

LifeWay President Thom Rainer, told US magazine Christianity Today that they “did all they could to save the stores”, but finally realised that it wasn’t viable to keep any stores open.

“The decision to close our local stores is a difficult one”, said acting President and CEO Brad Waggoner.

“LifeWay has developed close connections with the communities where our stores are located, and we have been honored to serve those communities. We will continue serving local congregations as they meet the spiritual needs of their neighbours”, he added.

LifeWay will continue with its online sales through the website. “Our retail strategy for the future will be a greater focus on digital channels, which are experiencing strong growth”, Waggoner said in an announcement.

The chain also tried the strategy of focusing on local church partnerships and shift toward becoming a community gathering place to offer an experience beyond the products themselves.

However, US news webstie Baptist Press reported that “LifeWay hadn’t had sales exceed its operating expenses in more than a decade, and the margin between the two grew from $2.3 million in 2010 to $35.5 million in 2017”.

LifeWay doctrinal guidelines include no prosperity gospel books, accounts of visiting heaven, and in recent years, titles by authors such as Jen Hatmaker, Mark Driscoll or James MacDonald.

Following the announcement of the closures, many Southern Baptists, Christian authors, publishers and clients honored the chain in social media.

“As someone who spent 20 years working in Christian retail, I am sad that there will be 170 fewer physical stores where people can find and purchase Christian books, Bibles, and resources”, President and CEO Evangelical Christian Publishers Association (ECPA), Stan Jantz, said.

Greg Squires, President of the Christian marketing agency, pointed out that “we are saddened by this news [...] with this loss of another Christian retail chain, the hundreds of independent Christian bookstores have an expanded role and increased responsibility to serve their communities with Christian content and product”.

The store closures come two years after its competitor, Family Christian Resources, shut down all 240 locations because of a growing debt and bankruptcy. Cokesbury Bookstores had already closed all 38 retail stores in 2013.

For over a decade, Christian bookstores have been at risk, as shoppers increasingly turned to the internet, megachurch bookstores, and mainstream stores for top titles.

A research by The Parable Group showed that sales at Christian retailers declined 3% in 2018. Even though the figures aren’t as dramatic as a few years before, nearly two-thirds of Christian retailers said the future of their industry was a top concern, second only to their own declining margins.

Additionally, according to Parable Group, many of the “frontline” Christian titles over the past several years, made up three times as much of the Christian products sold everywhere as they did in Christian stores in particular.

Published in: Evangelical Focus - culture - Largest US Christian retail chain to close all its stores by the end of 2019