“It is unfair to see Protestantism as an enemy of Spain”

The Unamuno Prize was given to philosopher and university professor José Luis Villacañas, for “his brave defense of the memory of Protestantism as an integral part of the history of Spain”. 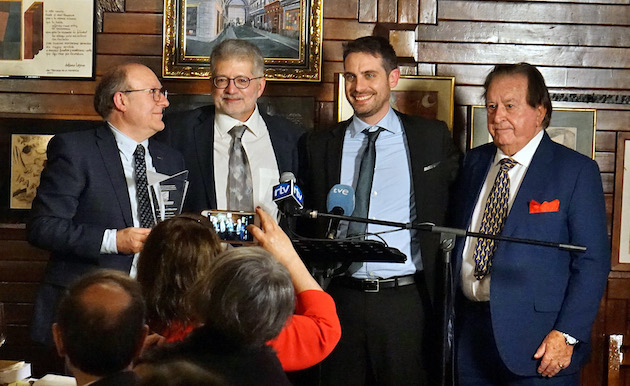 On Monday, the historic Café Gijón, a place of reference for Spanish culture and literature, hosted the ceremony of the ‘Unamuno Prize, Friend of Protestants’, organised by Protestante Digital and the RZ Foundation for the Dialogue between Faith and Culture, which was given to the philosopher, writer and teacher José Luis Villacañas.

Villacañas is a leading figure in the Spanish intellectualism. He has been organizing the Congress of the Spanish Reformation in the university context for more than a decade, to study the history of the Spanish Protestantism.

The author has been in the spotlight recently, because of his latest book ‘Empirephilia and the National Catholic Populism’ (2019), which responds to historian Elvira Roca Barea, the main voice of a new popular nationalist and revisionist approach to the past of Spain, which aims to downplay episodes such as the Inquisition and the disastrous effects it had on minorities such as Jews and Protestants.

DEFENDING THE MEMORY OF SPANISH PROTESTANTISM

As the general director of Areópago Protestante, Pedro Tarquis, explained, Villacañas received the prize for his brave defense of the memory of Protestantism as an integral part of the history of Spain.

Spain had its own Reformers, but they were silenced, persecuted and exiled, and Villacañas' work helps to bring light on that part of our history that remains unknown to a large part of society. 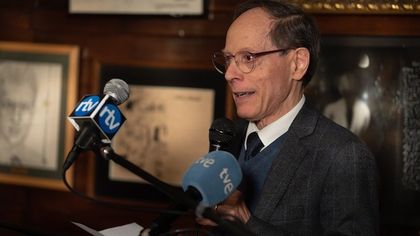 Pablo Martínez, President of the RZ Foundation, stressed that Villacañas has been a “bridge builder”, someone who has helped to make evangelicals known, and he has done it for the love of truth, something that “as Protestants we share”.

Meanwhile, Xesús Manuel Suárez, Secretary General of the Spanish Evangelical Alliance, highlighted the friendly character of the winner, who bravely “rebelled” against what he considered an unfair perspective on history.

Journalist and writer José de Segovia explained the meaninf of the name of the prize. Miguel de Unamuno was “always in no man's land”, but he sought and defended truth and freedom, as successful  film director Alejandro Amenábar shows in his film While at War.

Juan Antonio Monroy, honorary president of Protestante Digital, was the one who presented the commemorative plaque, which read: “José Luis Villacañas, a prominent writer and philosopher, brave restorer of forgotten memory and healer of the injured memory of Spanish Protestantism” . 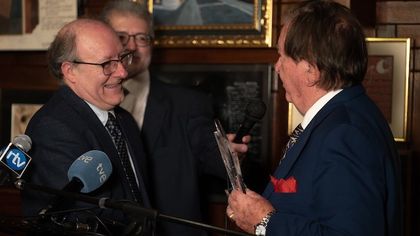 Villacañas expressed his happiness for this recognition of his work. In an emotional speech, he talked about his parents; his hometown: Úbeda (which was also he hometown of the previous winner, Antonio Muñoz Molina); his relationship with the Protestants in his childhood, when there were still many injustices towards them because of professing a different faith.

The professor explained his intellectual path, that led him to recognize a true reformed spirit in Spanish figures since 1391, long before Martin Luther or the European reformations.

Acording to Villacañas, that confirms that “the Reformation is part of our common history”, as he has forcefully has said in many articles and books.

He claimed that Protestant memory and invited the atendees “not to let flourish the new injustice of making Protestantism a way of life that is considered completely alien, contrary and enemy of Spain” .

“What encourages me is that being friends with the Protestants of Spain is not flattering the most powerful in this country [...] It may be worth exposing yourself to a minimal notoriety, enough to defend a just cause, be in good company and win your friendship. Beyond the ambivalences of motivation, it is for me an intense honor”,Villacañas concluded. 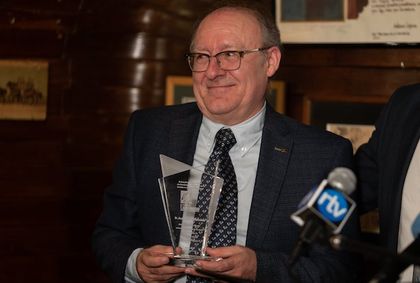 It was an endearing ceremony, in which many of the authors and collaborators of Protestante Digital were also able to meet and greet each other. 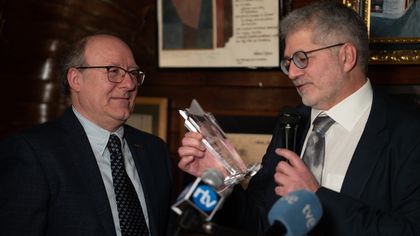 This was the 12th edition of the Unamuno Prize, a tool for building bridges between people of different creeds and backgrounds, united in the recognition and search for a better society.

Since 2006, the prize honours a person or social institution that, not being of Protestant or evangelical faith, has made a significant contribution in favour of plurality, coexistence and religious freedom.

Published in: Evangelical Focus - culture - “It is unfair to see Protestantism as an enemy of Spain”