‘Out’ is Disney Pixar’s first film with a homosexual couple in the main role. Margunn S. Dahle, a researcher in media, children and worldviews, gives answers to questions that many parents may ask. 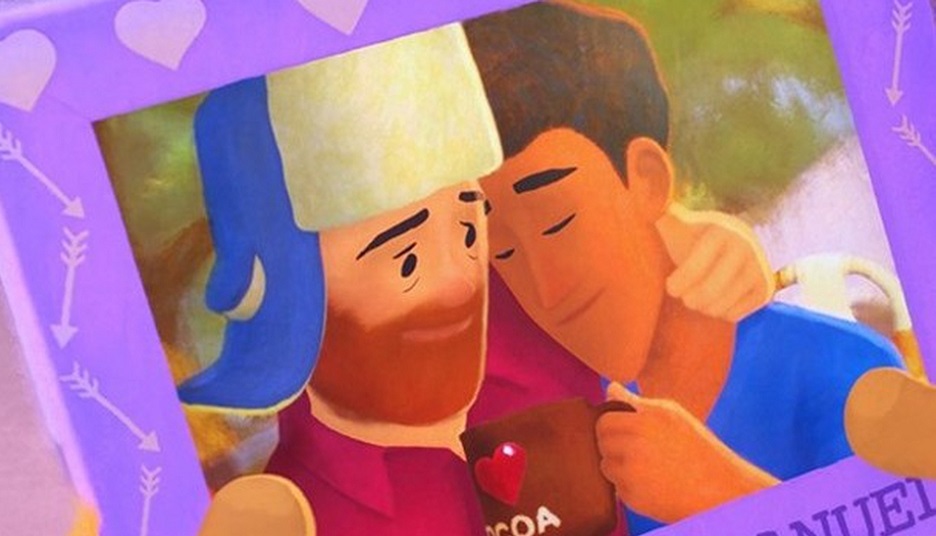 Greg and Manuel, a homosexual couple, are the main characters of Out, a gay-themed film for children. / Disney Pixar

In May, Disney Pixar launched the first film for children with a LGBT couple in the main role.

Out is a short film about Greg and Manuel, a gay couple that struggles to tell Greg’s parents about their relationship. The title refers to the expression “coming out”, which describes the process through which LGBT people makes their gender identity public to family, friends and society.

The short film is directed by Steven Clay Hunter and is already available on the popular Disney+ streaming service in many countries, making it available to millions of children worldwide.

In a context in which LGBT themes are increasingly present in media contents for children, some questions often arise among Christian parents. Should they allow their children to watch cartoons which include these underlying values? And, what is the best way to help children analyse what they see?

Evangelical Focus asked these questions to Margunn S. Dahle, Associate Professor in communication and worldviews at the Gimlekollen School of Journalism and Communication (NLA University College, Norway). For years, she has conducted research onthe issue of  “Children, Media and Worldview” and analysed well-known films and series such as “Frozen”, “Big Band Theory”. 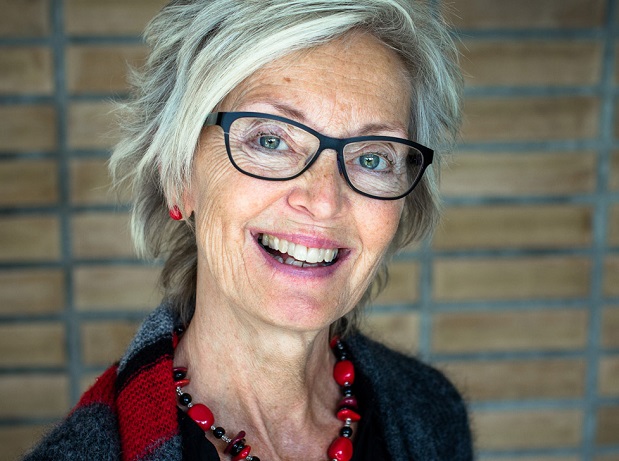 Question. Out is the first Disney film with gay characters in a main role. Do you believe this will definitely normalise LGBT issues as a normal theme addressed in contents for children from now on?

Answer. At least this will function as a door opener, due to Disney’s highly influential role as a global media agent in the everyday lives of children. The nine-minute animated film Out is highly popular in different parts of the world, being aired on the new Disney+ platform. And maybe the fact that the film is so short, makes it even more wide-ranging and powerful – in combination with the compelling storyline.

Children are easily drawn into the story, which portrays how the main character Greg struggles in finding a way to tell his parents about his boyfriend. The parents accept him, and Greg “learns the importance of being true to himself”. These two messages about acceptance are highly significant and influential.

As for the LGBT movement, their advocacy organization Glaad says that Out raised the bar for inclusion in kids and family programming. I actually think there is much truth in this. Even though both Disney and Pixar have made strides in diversity and inclusiveness in some of their major franchises over the years, a gay main character is something new. There was a big cry out for “giving Elsa a girlfriend” after Frozen, but as we know, that didn’t happen in Frozen 2. After Out, the time might be ready for same-sex attraction in a main character in a full-length movie.

Q. Should parents prevent their children from accessing contents such as Out or would you suggest other ways of approaching these issues as they appear in media platforms for children?

A. Well, situations differ from one family to another, and from one context to another. But whether one prevents the children from accessing such content or not, they will face these values in one way or another. So, if appropriate, I would suggest that the parents watch films like Out together with the children, and then talk things over.

The process of “double listening” to the Word and to the world, is just as important when it comes to the younger generation. Simple questions like “What to affirm – and why?” and “What to challenge – and why?” may open up rich conversations even with young children. By this, they gradually learn that all stories teach something, and therefore we ought to ask what is actually being communicated, and what does the Bible say about this. I long for our kids to realize that Jesus wants to be part of every aspect of their life!

Q. You have often spoken about how to help children evaluate what they see. What questions could Christian parents ask their children after watching a film or series episode to help them be aware of the underlying values of the story?

A. I often use the illustration of an iceberg to help us understand that there is more than meets the eye in the first place. What we see and listen to in a film, for instance, point to values, views of humanity, views of reality and views of where we ought to put our trust – that is, what to believe in. Just as the top of the iceberg indicates that there is something underneath the surface, there are traces of underlying worldviews in the stories.

Of course, I don’t dig deep into this with smaller children, but I’m often astonished by their reflections! Usually, we stick to the level of values, and I find using a simple tool of five fingers quite helpful:

5) What would Jesus think of all this?

By starting with the little finger and ending with the thumb, one may then finally let the four fingers grip the thumb, and in such a way make Jesus the centre.

Q. In general, what are the main values or worldviews that you see in the Disney Pixar films produced in the last 5-10 years?

A. In short, Disney portrays mixed moral messages as well as pointing to different underpinning worldviews. The more recent stories clearly mirror the pluralistic society, at the same time as individualism is highly valued. In other words: relativism and individualism are key aspects.

When focussing on the question of identity, the stress on “my dreams and my will”, “being kind, but true to oneself”, “following your own heart”, “do not giving up – you’ll get a reward”, “having courage and faith” and on “you deserve to be happy”, point mainly to existentialism and postmodernism.

That is, the existentialistic view of choosing and creating one’s own identity, and the postmodern view of keeping on choosing one’s identity. Underpinning it all, is the stress on happiness, which also resonates very well with postmodernism.

At the same time, there are many traditional values in these films, as for instance showing compassion and kindness, not judging people by race or appearance, doing one’s duties, being faithful, taking on responsibility, having courage, being self-sacrificing, standing against evil, taking care of the environment, being slow to anger and willing to forgive, being tolerant and realizing the need for faith. All of these are to be embraced from a Christian perspective, of course.

Published in: Evangelical Focus - culture - How to help children think through LGBT cartoons from a Christian perspective