The reports about Andrew Brunson’s release are just another example of how little the media know about evangelical churches. 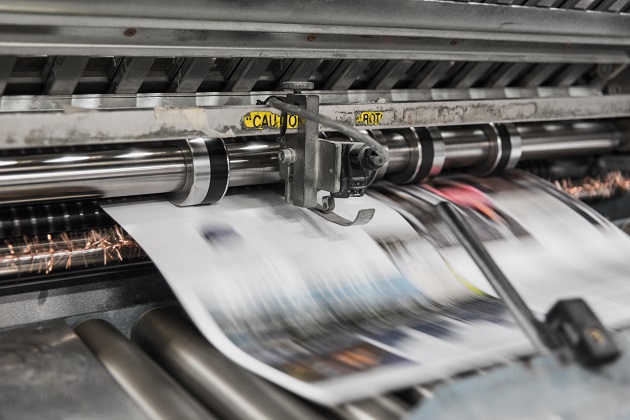 Every time a story about an evangelical pastor or missionary appears in the Spanish media, the same mistakes happen. In the last twenty years or so, some newspapers may have received dozens of letters asking for corrections.

This week, Pedro Tarquis, Director of Areópago Protestante (the group to which Evangelical Focus belongs), contacted the national newspaper El País to warn them about the incorrect terms used in their report about the release of Andrew Brunson, described as an “Evangelist priest”. At the same time, Pedro Puigvert, Director of the Síntesis magazine, sent a letter to the ombudsman of La Vanguardia, another national newspaper, asking to amend a similar mistake in their story.

The question is: Why is every faith story in Southern Europe media ends up being “catholicised”? 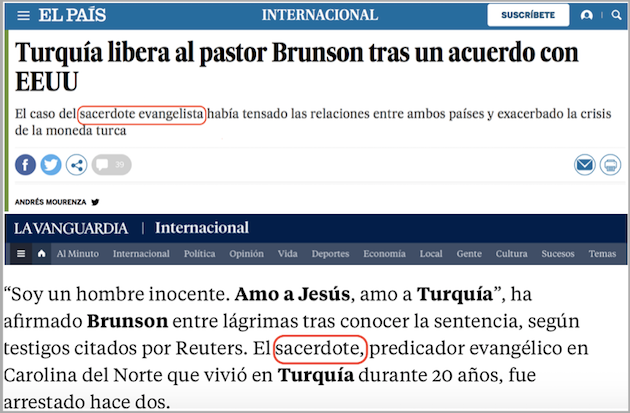 The ombudswoman of El País, Lola Galán, admitted that “too frequently we confuse the terminology when we talk about religious issues. Sometimes, this even happens with references to Catholicism, which has been the majority religion of Spaniards for centuries”. Galán said she would remind “our writers and chief editors to make sure they are more careful with this”.

Suso Pérez, ombudsman of La Vanguardia, responded to Pedro Puigvert’s letter admitting that “it is not easy to eradicate certain routines”, but “your letter helps us not only to pay attention, but as a reminder to all areas of our newspaper that we are still doing the same mistakes”.

There are three usual mistakes one can find in the Spanish general press.

Firstly, media speak of “evangelical mass” (In Spanish: ‘misa evangélica’) when they write about evangelical services (‘culto evangélico’). The difference may seem unimportant, but it is relevant because evangelicals disagree with the theological implications of a Roman Catholic mass.

Another frequent confusion is when the word “evangelist” (‘evangelista’) – which refers to the authors of the four Gospels or to someone who does evangelism – is confused with the term “evangelical” (‘evangélico’), which defines the faith group.

Finally, the press tends to get confused when it refers to “priests” (‘sacerdotes’) instatead of “pastors” (‘pastores’).

WHY IS IT IMPORTANT TO USE THE RIGHT WORDS?

Language has the capacity of visibilising or invisibilising groups of people, especially when they are a minority in society. One can understand that incorrect uses happen by mistake - but apologies in private would be even more helpful if they were made in public as well.

Another problem would be that some of those who use Catholic language to refer to evangelicals do so on purpose. We believe this is not the case of El País or La Vanguardia, but one could suspect others may feel tempted to dilute the Protestant reality now that some revisionists are working hard to erase the History of Spanish persecution against minorities (evangelicals and other groups).

We thank these two leading newspapers for their rectification. We hope next time an evangelical community appears in the media they are represented accurately.