Covid-19 and the churches in the Philippines

Mabuhay! Making that familiar and traditional Filipino greeting during a global lockdown carries more meaning and hope. It means, “Live!” 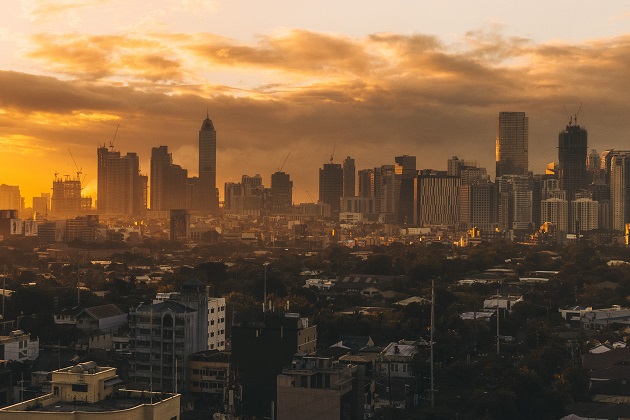 Mabuhay! Making that familiar and traditional Filipino greeting during a global lockdown carries more meaning and hope. It means, “Live!” (as in opposite of die; not SNL Live).

The Philippines has been in an “enhanced community quarantine” (ECQ) for three weeks now starting in its political and financial capital cascading to other provinces and regions. The government gave the residents of Metro Manila a lead of two days before checkpoints, curfew, travel restrictions and basically a cessation of  life as we knew it were implemented.

The first official day of the ECQ fell on a Sunday. Some weeks ago, churches were full and still acting normal except for the ubiquitous hand sanitizers and alcohol as well as the awkwardness of coming near each other especially with the ones who had the sniffles. We bid each other goodbye and said, “See you next Sunday! God bless!” but seven days later, we found ourselves confined to our homes watching our worship leaders sing, church leaders pray, and our pastors preach on Facebook from their living room. I find myself going past their shoulders to see what’s on their wall or what’s sitting on their living room table.

But not all churches were able to respond immediately to the situation. The small ones that had neither the equipment nor a reliable wifi access led their members to other churches’ streaming services. The even smaller ones had leaders who were camera-shy and left their congregation hanging. I had to rebuke a couple by reminding them that they should stop focusing on themselves as the ministry is not about them; it’s about their flock. Now more than ever, their members need to see and hear from them.

And then there are churches that do have the equipment and excellent Internet access but were at a loss initially on how to go about it until finally they found their legs and have become comfortable and consistent with not only their Sunday services but online prayer gatherings and devotions during the week.

When I read about lockdowns and churches cancelling their physical meetings in Singapore and Hong Kong, I feared for something like that to happen in my country because it might create a feeling of “Hey, I don't need the church after all”. Good thing I was wrong. I have been online church-hopping and would see the many views, shares, and live interaction.

I witnessed the desire to connect and be connected as friends send each other links to their church's live service. Personally, in one Sunday, I get to ‘attend’ at least three services which certainly is not physically feasible. I saw a hunger among believers to be with one another perhaps to know they're not alone in their fears and loneliness and to receive words of hope and encouragement from God.

It is strange that being forced to stay at home by an invisible enemy prompted the determination to not give up meeting together. Truly, we are a social being but I think more than that, it is a realization of the foot needing a hand, the ear needing an eye to be complete, to be one body (1 Cor. 12:16ff).

May this desire continue for the entire duration of the ECQ and be sustained when we can once again see each other face to face and most of all, shake hands and hug each other.

Be safe. God keep all of us safe.

Elizabeth Ong, from the Philippines.

Published in: Evangelical Focus - Elizabeth Ong - Covid-19 and the churches in the Philippines