Pastor in Eastern Ukraine: “It is difficult to argue with armed men”

“A jeep pulled up and 30 guys with assault rifles showed up”, a Pentecostal pastor explains in a video report produced by Vice News. Rebel soldiers occupy Protestant churches in Donetsk and impose Orthodox religion. 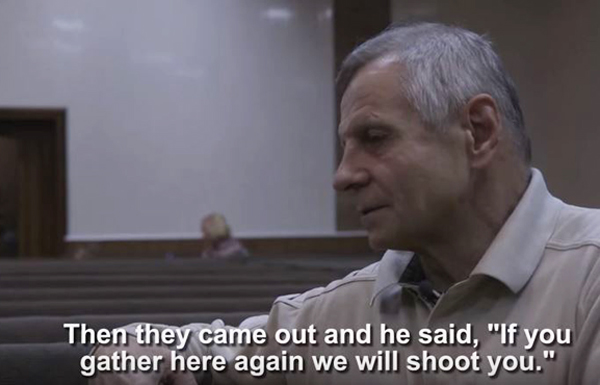 Pentecostal church members who have left Donetsk after being threatened by the DPR (Donetsk Popular Republic) separatists, appear in an interesting video report produced by journalist Simon Ostrovsky for Vice News.

Pro-Russian soldiers appear in it, saying one of their goals is to establish the Orthodox denomination as the only church in their region.

According to reporter, there are about 24 Protestant church buildings that have been taken over by rebel forces.

“THEY SAID OUR TEACHINGS WERE WRONG”

The journalist talks to Ivan Pryadka, the pastor of an evangelical Pentecostal community. Sitting in their new place in Mariupol (on the pro-Ukranian side), he explains: “There are about 60 of us displaced persons, we organise ourselves as a group, and we have been living here with support from the [local] church, the social services, and the local authorities”. 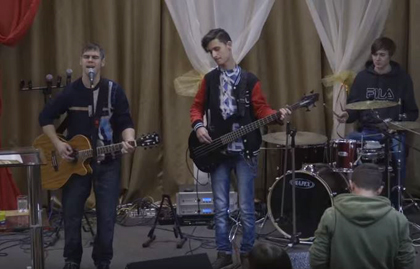 The pastor recalls how he was conducting a service in August in the center of the city of Donestsk (now a separatist region). “A jeep pulled up and 30 guys with assault rifles showed up. They introduced themselves and started to interrogate us at the entrance of the building. They asked about our teachings and said that they were wrong.”

The pastor was finally accused of “taking people’s money.” Although he explained the tithes were voluntary and a part of the evangelical community’s dynamics, he was warned by one of the gunmen: “If you gather here again we will shoot you.”

When asked about the possibility of  a DPR plan to close down all non-Orthodox communities, he answers “It’s possible that someone had the goal of shutting down the Protestant movements.”

“It’s not just now. They consider us to be a sect… But we just evangelise the Bible”, he adds. 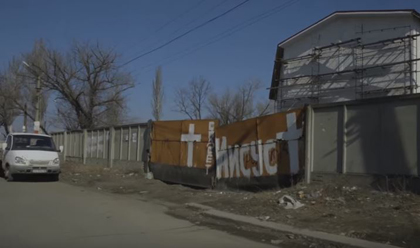 Most evangelicals in Donetsk, Pryadka explains, are “meeting in secret, because they are threatened”. Some believers have been “beaten.”

The reporter goes on to visit another Protestant church, whose leader explains how their church building was also taken and how the community was “divided into three home churches. (…) It is difficult to argue with armed men”, elder Leonid Kryzhanovsky admits. 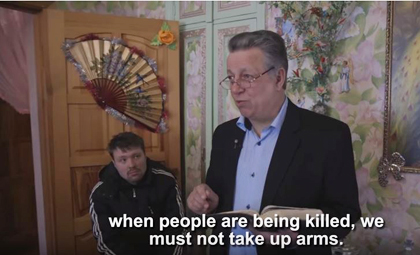 The leader of this church identifies the men who threw them out as DPR soldiers. “They said it plainly: ‘We only support the Orthodox church. Your Protestant churches should not be here’.” The buildings of Baptists and the Jehova’s Witnesses in the neighbourhood were occupied too, Kryzhanovsky explains.

“We had 100 people coming to our service, but we can’t fit everyone in the apartments.”

“THE FIRST CHRISTIANS WERE ALSO PERSECUTED”

Asked about the risks believers are taking in meeting secretly, the elder responds: “We are not afraid, because the first Christians were also persecuted. They weren’t afraid to preach Jesus Christ.”

“There was such persecution in the Soviet days. When Ukraine became independent, the persecution stopped. There was freedom of religion and there was a Church of Jesus Christ [the official name of his church denomination] in every district of Donetsk.”

The report shows the  last words of Kryzhanovsky, while he is preaching to the believers filling the house where they celebrate the church meeting: “Remember Jesus said: ‘Forgive them father because they do not know what they do’.”

“So now, in this time of war, when people are being killed, we must not take up arms. We must call for peace. Right now Satan is trying to put hate anger in our hearts. We have to keep the peace.”

SOLDIER, ABOUT EVANGELICALS: “I GUESS THEY LEFT”

Later, reporter Otrovsky approaches the occupied building of the Church of Jesus Christ in Donetsk. A soldier stops him from going inside: “I have orders from my commander to not let anyone in. Try to understand this is a military base now.” 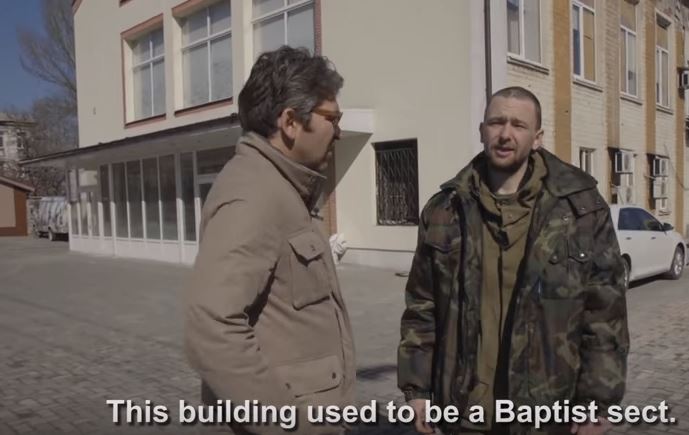 Outside of another community, the Word of Life evangelical church in Donetsk, a soldier tells the reporter: “This used to be a Baptist sect (…) when the war started they disappeared, I guess the left.” He adds: “There is only one church, the Orthodox. It was left to our ancestors, and Baptism is a schism. It’s American propaganda.”

“I would not let them come back. Not the Baptists, not the Evangelists, not the Catholics, not the Greek Catholics. None of them. I took up arms so that we could have an Orthodox state.” 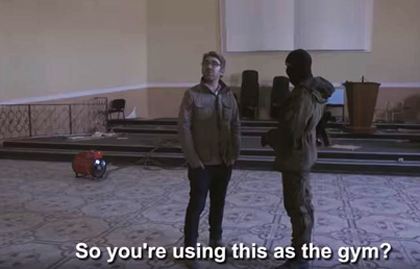 Later, the images show how soldiers use a Baptist church meeting hall as a “gym” to exercise for battle situations. In another part of the building, soldiers rest in beds or use the kitchen.

Published in: Evangelical Focus - europe - Pastor in Eastern Ukraine: “It is difficult to argue with armed men”