In 2017, Revelation TV was fined with 6,000 euros for allegedly attacking the dignity of LGBT people. The judge says “critiquing ideas or positions” of others is a constitutional right. 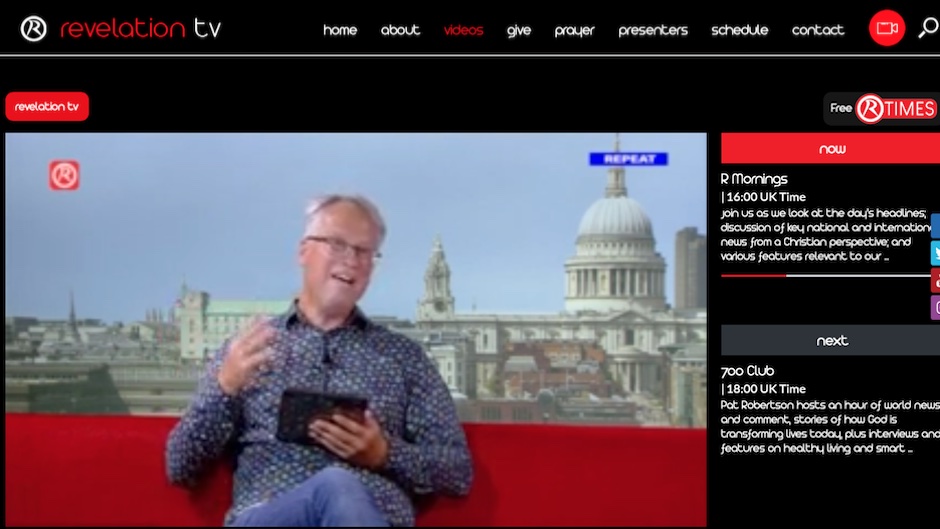 An image of the online broadcasting website of Revelation TV.

The Audiencia Nacional (National Audience, the highest court in Spain) has decided to withdraw a fine of 6,000 euros imposed on cable television channel Revelation TV.

In September 2017, the state-owned National Commission of Markets and Competition (CNMC in Spanish) said the cable broadcaster with headquarters in the United Kingdom had attacked the dignity of the homosexual and transgender collective in one of its talk shows.

The complaint had been registered by a private person living in Spain after a programme was aired in which an evangelical pastor made comments that “could be considered as threatening against the dignity of the homosexual and transgender collective, although the channel in charge of the programme did not expressly incite to hate against those communities”, the CNMC said in a statement in June 2018 as it announced the fine.

After learning about the sanction, Revelation TV expressed its intention to appeal to the National Audience, as its Director, Gordon Pettie, told this news website. Now the highest court in Spain has announced it agrees with the Christian broadcaster and nullifies the fine.

No incitement to hatred

The high court magistrate of this case was Felisa Atienza Rodríguez, who underlined that even the CNMC admitted the channel had not incited to hatred, and that both the Christian  minister and the broadcaster acted under the protection of the right to freedom of expression.

“The expressions used by the pastor cannot be considered an attack against the human dignity or against the constitutional values”, the judge said, since they were made “in the context of an opinion programme, with a Christian ideology (…) without emitting opinions that incited to hate, expressing ideas around the controversial issues of the sexual identity of children”.

Criticism is not hatred, says judge

The freedom of expression, the judges of the National Audience say, “allows criticising ideas or positions with which someone disagrees, and these negative remarks cannot be described as an attack against human dignity of the people who do not share these ideas. The context in which these ideas were expressed has to be taken into account, and the fact that at no point they incite to hate against the homosexual or transgender collective”.

Back in 2018, Revelation TV told Spanish news website Protestante Digital that they would appeal. “We do not believe that during the programme anything was said that is not already in the Bible”, said then Gordon Pettie. “We therefore believe we are not guilty” of homophobia, he added, as he expressed his certainty that the court would agree with them, as it has now happened.

“We are Christian television that was born seventeen years ago, which belongs to a non for profit organisation”, Pettie said. “We speak about all kind of issues from a Christian perspective, we have worship music, Bible studies, preachings… Everything you would expect in a Christian television”, he said. The broadcaster is a member organisation of the Evangelical Alliance United Kingdom (EAUK).