“Freedom of expression is not uncontested in Switzerland”

The facilities of the Swiss Evangelical Alliance and two pro-life associations were vandalised ahead of the March For Life. There have been many similar incidents in the country in recent years. 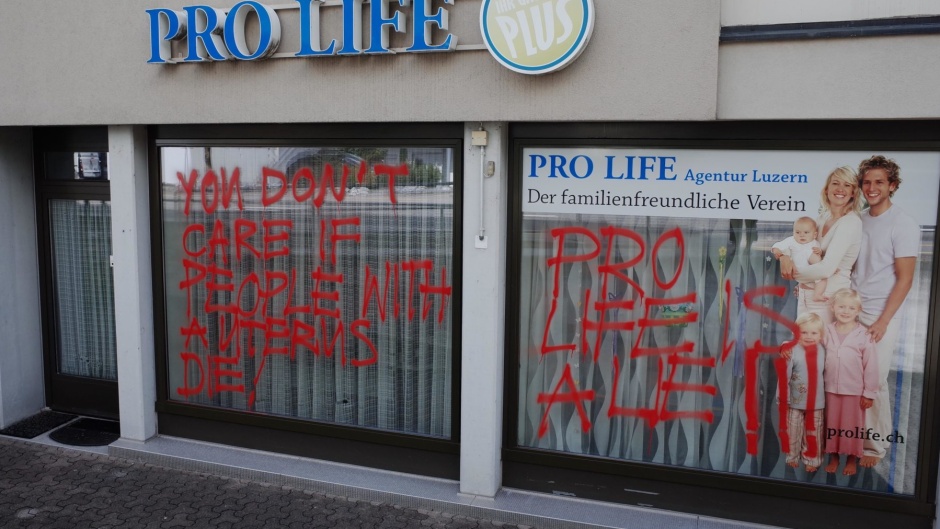 The offices of the Pro-life association in Emmenbrücke (Lucerne) vandalised in September 2021. / Image via Evangeliques.info

The premises of the Swiss Evangelical Alliance (SEA), the association Pro life Agentur the Zukunft (Future) CH Foundation were attacked with graffiti, shortly before this year's March for Life, which was promoted by the three of them.

The offices of the SEA in Zürich were vandalised on the night of 15-16 September, while those of the Pro-life association in Lucerne and the Foundation were also covered in graffiti on the night of 16-17 September.

The attacks were claimed on an anarcho-autonomous pro-LGBTQ information platform. Complaints have been filed.

“Freedom of expression is not uncontested in Switzerland”

“It is worrying that on certain socio-political issues it is obviously no longer possible to express oneself freely without being affected by hatred and vandalism”, said the Swiss Evangelical Alliance, Zukunft CH and Pro Life in a joint statement issued on 21 September.

According to the three organisations, “all the incidents in the run-up to the March for Life”, as well as “the fact that the event could only be held under police protection again this year” show that “freedom of expression is not uncontested in Switzerland”.

The organisations “condemn the acts of utmost intolerance, which are presumably attributed to the very circles that always loudly call for tolerance for their causes”. 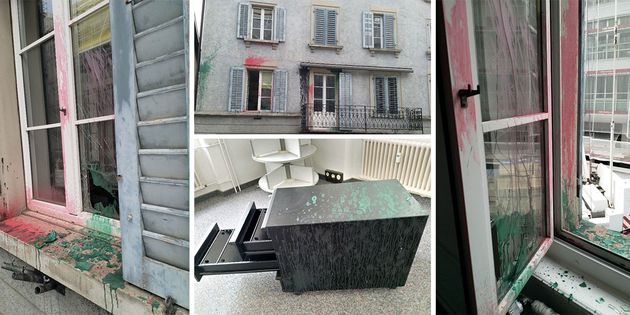 The three evangelical organisations were smeared with graffiti, shortly before the March for Life. / SEA

SEA: “We will continue to bring our ethical positions into the discourser”

These current acts of vandalism are the latest in a series of similar incidents in recent years “in connection with the commitment to the right to life”, stresses the joint statement.

However, the SEA, Zukunft CH and Pro Life are “convinced that the group of chaotic people responsible does not represent the majority of those who do not resort to illegal means but are open to decent dialogue about different views”.

That is why they will not allow themselves “to be restricted in our socio-political commitment by a criminal minority. Rather, we will continue to bring our ethical positions into the discourse in a determined and friendly manner”, points out the SEA.

Opponents of the March for Life had already vandalised the façade of the headquarters of the Swiss Evangelical People's Party (EVP) in Bern during the weekend of 27-28 August, using multicoloured spray paint to write “Block the March for Life”.

For the EPV leaders, the attack was in response to the evangelical party's participation in the protest on 17 September on the nearby Bundesplatz (Federal Square).

This is not the first time that the EVP has been attacked for its involvement in the march. The front of its Zurich headquarters was also vandalised.

Published in: Evangelical Focus - europe - “Freedom of expression is not uncontested in Switzerland”