The Evangelical People’s Party in Switzerland will be 100 years old in 2019. Perceived as centrist, almost all of its membership comes from  the Protestant Church and free evangelical churches. 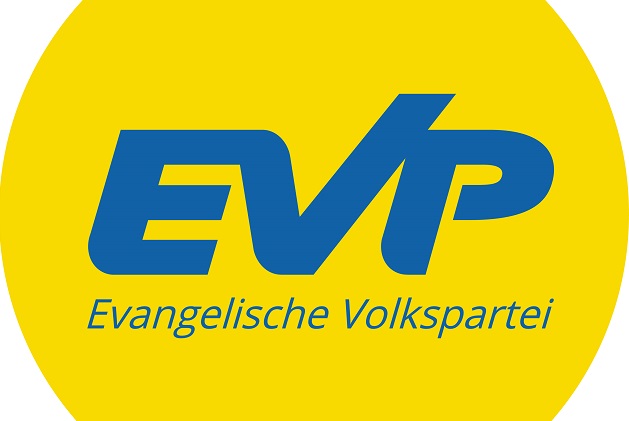 The Evangelical People's Party in Switzerland.

This is the second article of the “Political parties with a Christian worldview” series. These articles will introduce Evangelical Focus readers to political parties in European countries which hold to a Protestant or evangelical ‘ethos’.

- Region in the country where the party has the highest support at the moment: Canton Bern

- Short history and vision. Since 1919, the EVP has been based on Christian values for a Switzerland in which it is worth living. The vision of the party is: “Passion for people and the environment. For justice, sustainability and human dignity”. Our mission is: “Our Christian faith frees us to work with hope and allows us to look forward to the future with confidence”. We stand for individual responsibility in our actions, for the wellbeing of our fellow human beings and for our environment.

The EVP is a people’s party for the people. We are convinced that the Christian faith has to lead to specific political engagements. As a party in the centre and based on values, we stand in for the weak and the unprivileged, for creation care, personal responsibility and a social market economy. We protect the family and the human life. Our conscience comes before our interests, and the person comes before power. Solutions need to be found to serve the wellbeing of the person.

- What role does the Bible and the Christian worldview have in the definition of the party’s policies?

In the Bible we do not find political recipes, but we do find basic values for the coexistence such as honesty, responsibility, love for our neighbour, justice, sustainability, solidarity and peace.

Women and men of different generations and geographical backgrounds, from all kind of Protestant and free evangelical churches, come together to serve in the EVP. They share a common understanding of their responsibility in politics and society. Faith frees us to take action, faith does not allow us to give up.

- According to the party, how should the relationship between the state and the Christian churches look like?

We defend that the state should protect religious freedom.

The EVP is producing a Charter about religion and the foundation for a possible article for the basic law. It defines the place of religion in society in a positive light.

In addition, we believe the Christian heritage and traditions should be protected and received (for example, days of prayer, religion classes in schools and wearing symbols in public spaces).

- What are the biggest priorities of the party? (selected among given categories): Environmental care, family and life, protection of the vulnerable and integration of refugees/migrants.

- What is the profile of your average party member? (Kathrin Meier, 2013) The average member of the EVP is 56 years old (older than in other Swiss political parties). More than half of the membership is in the Cantons of Bern (capital city) and Zurich. About half of the members have a university degree or a professional school degree. Most members of the party would not define themselves in terms of political left or right, and see the party as being in the centre of the political spectrum.

- According to the party, what is the biggest threat for the country at the moment? The distance between rich and poor. The misuse of natural resources.

- According to the party, what is the greatest opportunity for the country, at the moment? The digitalisation.

- Does the party work in coalition with other parties in your country?

Evangelical Focus does not necessarily endorse the policies of the parties cited in this series of articles. Our aim is to give information about different political movements formed by Christians, and about how they interact with other actors in the public arena as they seek to serve the broader society.