‘If you talk about integration to a refugee, he will think his identity is at risk’

“Refugees need to learn the language, and how to survive in the society to which they arrived”, says Vimal Vimalasekaran, a former Tamil refugee. He now works among asylum seekers in Germany. 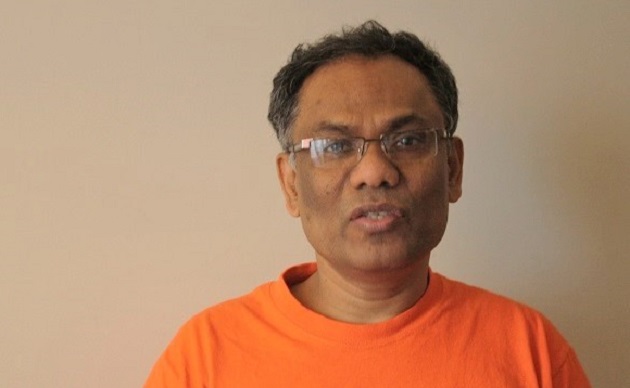 Vimal Vimalasekaran, during the interview. / J.F.

Vimal Vimalasekaran left Sri Lanka when he was 18 years old, and became a Tamil refugee in India. In his personal journey, he read the Bible and became a Christian. Now his work is to be a “bridge” between today’s asylum seekers and the local churches in Germany.

How can we help these hundreds of thousands of people to become active members of our societes? Vimal believes there is not an easy answer.

“There are two extremes. One is integration, in which you push people into assimilation, which. The other is inclusion: just taking them without checking their values”, therefore a “middle way” needs to be found.

Every refugee “needs to learn the language and understand the culture it is an imperative. But we need to learn how to give this help without threatening their identity.”

Question. Can you tell us a bit about your own story as a refugee?

A. I was born originally in Sri Lanka. When I was 18 years old I had to escape to India as a refugee. I am a Tamil. One of the pastors, who was himself a refugee, visited me, and triggered my interest in the gospel. Then I started to read my Bible, the New Testament, which was given to my father by his Muslim friend, who didn’t want it. But my mother took it with her, in the superstitious belief that the Bible would protect her. So I had nothing to do, and I read it.  Later, God met me wonderfully in a meeting I went to. So that was the beginning of my journey.

At that time, there were about 900,000 Tamil refugees. I was young, and other young people became new Christians. We just immediately lived among others, and worked. We did not call ourselves ‘missionaries’, but we just shared the gospel.

Q. What is your ministry among asylum seekers right now in Germany?

A. My job is to go into the camp and meet with refugees. I love that, I feel like I am at home with them, at times. I try to be a bridge between the local churches in the hosting nations. For example, in Germany, many brothers and sisters would love to do something, but they do not know how to do it. It is not that I know everything, but I try to bring both groups together. I have been successful in connecting with many local churches, we call it Refugee Ministry International.

We support, come together and provide teaching. We just live in front of them, I think this is the best teaching you can give.

Q. What do you think about the “integration of asylum seekers arriving to Europe?

A. Well, I do understand the word integration if you mean: they have to understand the culture, the language, and learn how to survive in the society to which they arrived. But normally integration is not told of like that. Quite often, if you talk about integration to a foreigner, he immediately thinks, “I have to change my identity to one of another culture”.

Let me explain why I think it is important that we need to find a middle way. A Tamil, from Sri Lanka escapes the war. Why does he come to Germany? He could not exercise his own rights, his own identity, in his own country. So he thinks, “I have to go to Germany, so I can be free to live like a Tamil”. When he arrives, of course he faces the hurdles of culture, language… he didn’t realise this would be another problem.

When, as soon as he arrives, we say, “You need to integrate”, he will feel naturally threatened. “I don’t want to leave my identity, I want to be a Tamil”. Yes, he needs to learn the language and understand the culture, it is important, an imperative! But we need to learn how to give this help without threatening their identity.

As a Christian, I believe God created me who I am. My identity does not come from the government, it comes from God.

Q. You coined the word “interclusion”, what does it mean?

A. Yes, there are two extremes. One is integration, in which you push people into assimilation, which would be the next stage. The other is inclusion: just taking them without checking their values. For example, if we think about how a woman is treated in some other culture, well, we don’t accept that, Christian values cannot agree with this. So, we cannot just take everything.

My suggestion is “interclusion”. It basically means the first half of integration (culture, language, knowledge, friendship…). And the second part of inclusion, meaning you accept who I am, how God has created me. I am not less human because I don’t speak the proper language of the country, that doesn’t make me less intelligent.

At the same time, you help me so I don’t practice everything which may not be right. I call it “interclusion” because you meet people in the middle.

This is helpful because I protect their identity and give them confidence so that they can come and serve and work with me. They will be happy to relate to me, because they will feel safe with me. And they know that they can eat curry and rice if they are Asian, and I am not asking them to eat pizza and potatoes. It is important to guard those little things.

Published in: Evangelical Focus - europe - ‘If you talk about integration to a refugee, he will think his identity is at risk’