Evangelical platforms in Europe start to mobilise aid for Ukraine 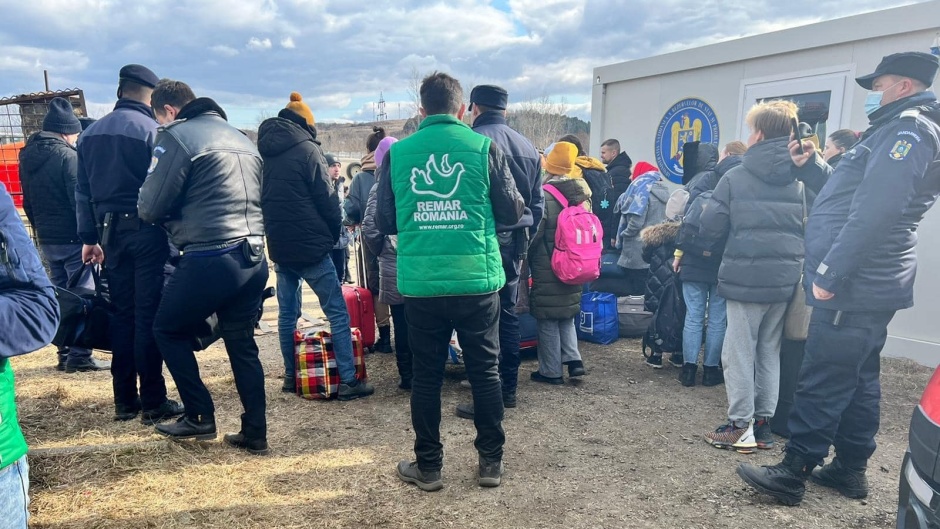 (UPDATED) Over 600,000 refugees have abandoned Ukraine after seven days of Russian attacks. Over one million are thought to be internally displaced in the country. The United Nations says 4 million people are expected to arrive in European countries in the weeks ahead.

Local churches across Europe are looking for channels to support the victims of the war. Evangelical congregations are reaching out to Christian communities in Ukraine through personal contacts or mission partners.

One of the groups already serving refugees on the ground is the Spanish Remar SOS, which is organising shelters in the Romanian border with Ukraine. They have been authorised by the authotiries to operate in the refugee camp set up in the city of Siret.

“We urgently need to buy two large tents to receive the refugee families, and to be able to offer assistance.  Any support is very helpful”, the evangelical NGO said.

Hungary is another neighbouring country which had received over 80,000 Ukrainian refugees by 1 March. The Christian organisation OM is sending its Bus 4 Life to the border to “be able to receive refugees; give them a hot drink, maybe some food, and bring them to a place where they can stay”, in coordination with local churches and ministries.

The Czech Evangelical Alliance is listing both secular and Christian organisations that are collecting aid and financial help to respond to the war.

In Switzerland, the country’s Evangelical Alliance is updating information about options of trusted organisations that are collecting help to react to the crisis.

In countries like Spain, the Catalan Evangelical Council is calling churches to say if their available to help to asylum seekers expected to arrive “very soon”. Local churches in other places are joining the efforts of Ukrainian associations living in their cities, such as an evangelical church in Lugo that is collecting winter clothes, first aid medicines to donate to the Ukrainian community.

The European Baptist Federation is offering a way to send financial aid to Ukraine to "help to purchase food, hygiene items, medicine, generators, gasoline, blankets, pillows, and necessary items for the internally displaced people (IDPs) and the shelters set up for them".

The European Mission Fellowship is also raising donations that will be transferred "to churches we support in Ukraine and neighbouring countries, and will be used entirely to support Ukrainian refugees".

OM is also working with a team on the ground in Ukraine "emergency shelter in homes and church facilities, first aid and basic health care, food parcels, and hygiene supplies".

European Christian Mission is also raising support to "support the ECM workers and ministries in Ukraine".

Innovista is working in Moldova to support refugees arriving in the country.

Meanwhile, the European Evangelical Alliance is also sharing information about how to get involved in the Ukraine crisis.

Are you aware of similar efforts to collect aid for Ukraine in your country? Let us know by writing to office[at]evangelicalfocus.com