Free Church of Scotland Moderator David Robertson: “If this is an attempt to state there is a church where one does not exist, then this is a foolish policy. The church is not a virtual organisation which one can join, opt out of, switch off and on as you please.”

The Church of Scotland could start administering rites like baptism “online.” In its annual General Assembly, next week, the “access to the sacraments” for people who are not “physically present in the congregation” will be proposed.

According to the UK national newspaper The Daily Telegraph, a paper presented to members, drafted by the Church’s Legal Questions Committee, also suggests to  re-examine issues such as voting rights at congregational meetings to people joining remotely.

“We are living in an age when some of the old rules are fast becoming redundant and, as a result, the [committee] believes that it is time for the Church to undertake a wide ranging review of practice and procedure which is impacted by the use of new technology in church life.”

“As fewer people join up in the traditional sense and as they make choices which include ever greater interaction with the Church through online access and social media, questions arise about online membership and even about access to the sacraments while not being physically present in the congregation”, the text continues.

DAVID ROBERTSON: CHURCH IS NOT 'VIRTUAL' 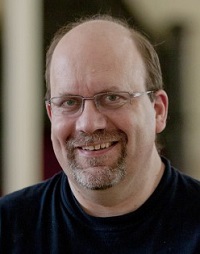 “If, however, this is an attempt to state there is a church where one does not exist, then this is a foolish policy.”

“The church is not a virtual organisation which one can join, opt out of, switch off and on as you please. It is a living community of human beings who are committed to Christ and to one another. In reality and not just online.”

Robertson added: “I find it more than a little ironic that some more ‘liberal’ churches having for years caricatured, those of us who accept the Bible as being those who have ‘turned the word made flesh, into the flesh made word’, are now turning away from the incarnational aspect of church and instead creating a virtual church.”

“It may look good on spreadsheets and membership figures, but I suspect it won't make much impact on the books kept in heaven! This move has already been widely mocked and ridiculed within Scotland, where it is seen as yet another desperate attempt by a declining national church, to shore up its numbers and justify its existence.”