In Norway, a prolonged controversy seemed to be nearing its end after a church was given a go to keep their illuminated cross. That was until a neighbour appealed the decision. 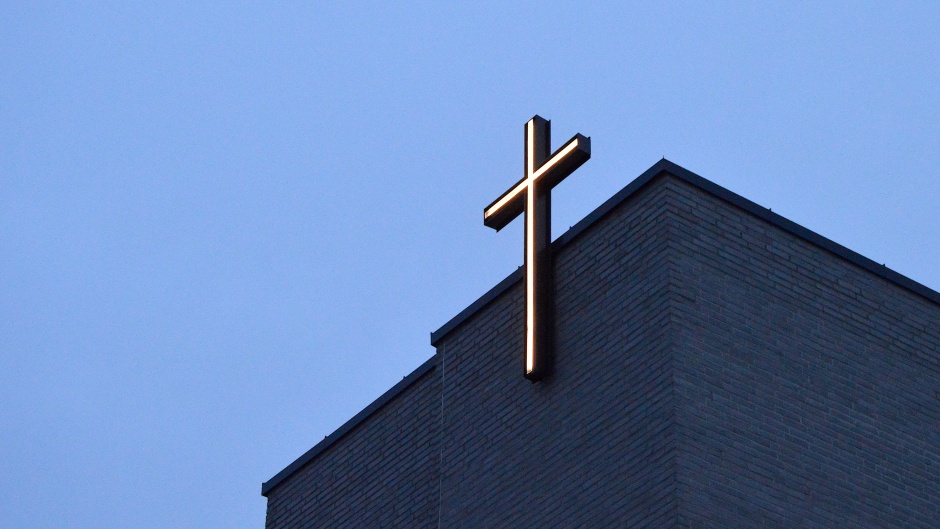 The destiny of the illuminated church cross at Skauen church in Skien (Norway) is not clear. / Photo: Stein Gudvangen, KPK.

The Skauen church in Skien (Norway) is part of The Evangelical Lutheran Church Society (DELK), a minority church with only 3,300 members of all ages in different parts of the country.

The newly built church building of the congregation in Skien was consecrated in August last year, and the members were joyful at the event. Little did they know that in the months to follow problems would so to speak tower up on them.

A group of neighbours complained that the light from the illuminated cross on top of the church tower was too bright. The church agreed to reduce the brightness to the satisfaction of most of their neighbours.

The local authorities were happy about this as well. The congregation was asked to apply for a dispensation to light up the cross, and at the end of March this was granted.

For one neighbour, though, this was not good enough. He lives some 400 metres away from the church and now claims that illuminated cross might represent a health problem. Thus, he has recently appealed the decision of the local building authorities.

The complainant refers to DELK’s history as a school owner. The church community runs several primary and secondary schools, and their strict methods of teaching more than 30 years ago were controversial and caused trauma to some pupils.

Realising this and acknowledging the pain of some of the pupils, the church leadership apologised to everyone who had attended their schools between 1955 and 1990. They did this for the first time in a statement in the 1990s and then again in a personal letter to all the former pupils in 2018. The strict methods of the past have since been dramatically changed and replaced by a modern and more lenient educational approach.

The complaining neighbour claims that reading the stories of some of the pupils makes it obvious that it cannot be ruled out that the church cross “may constitute a health problem for those who have been exposed to” what he calls “these atrocities”.

He links the illuminated cross to the past mistakes in the DELK schools and strongly suggests the authorities should investigate the alleged health risks of the cross at the Skauen church.

The complainant fears the cross will “tear open old wounds” for those who had negative experiences in the DELK schools.

Earlier, the remaining complainant stated in the local newspaper Telemarksavisa that the luminous cross was “annoying because we live in a residential area with a diversity of views. And it appears provocative because it is dominant and lights up 24 hours a day”.

At the same time, he emphasised that it was not the light in itself that was the problem, but what the cross symbolizes.

Rolf Ekenes (72) was the DELK supervisor between 2011 and 2019 and himself an earlier pupil of DELK schools. Personally, he had no bad experiences during his school years, but he admits that many pupils had a hard time there. The letter of apology therefore was heartfelt.

But these things happened several decades ago, he points out, and he cannot see a link between them and today’s discussion about the cross at Skauen church. “If the cross is what causes the complainant to react, he is bound to have the same kind of reaction all over the place where crosses may be seen”, said Ekenes to Norwegian news agency Kristelig Pressekontor.

The appeal from the neighbour has been received by Skien municipality, and according to the construction unit, months may pass before the appeal can be handled due to capacity problems. Meantime the destiny of the church cross is up in the air.