The EAUK welcomes the opportunity for a social debate. Prime Minister Theresa May’s decision aims to strenghten the current government’s position ahead of the Brexit negotiations, analysts believe. 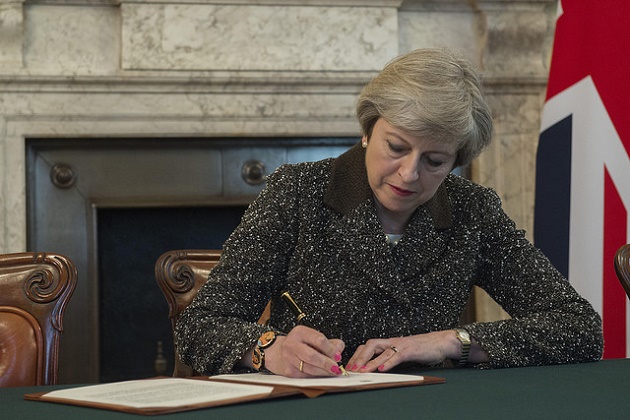 The United Kingdom will hold parliamentary elections on 8 June. Conservative Prime Minister Theresa May announced the decision on Tuesday and the parliament (House of Commons) approved the initiative on Wednesday.

According to most analysts, the snap election could be a tactical move of the Prime Minister to strengthen her government's position in the UK parliament, as well as in the negotiations with the European Union of the Brexit process. The Labour party and the Liberal Democrats (led by evangelical Christian Tim Farron) welcomed the early election.

EVANGELICALS SHOULD PARTICIPTE IN SOCIAL DEBATE

Evangelical Christians said this new electoral season will be a chance for “Christians to ask questions of their candidates about what they and their parties will do to advance key aspects of society.”

The Evangelical Alliance United Kingdom (EAUK) called “Christians to fully engage in the election and across the four nations of the UK take the opportunity to speak hopefully, and with vision for the future.” It is a chance, it said, to “provoke thousands of conversations.”

EAUK’s general director, Steve Clifford, said: “As unexpected as this election may be, it provides a chance for Christians to take part in debating the future of our society. This is a chance for us to speak hope into a society that is so often searching for meaning.”

The leader of the British evangelical body added: “I believe that we can have a society that is more loving than it is now, that we can live in greater freedom than we currently know, I believe we can see justice as a lifestyle and not a soundbite, and rediscover the power of truth as the basis of a society working for the common good.”

The EAUK also called to pray for the candidates in the constituencies. The organisation will be releasing resources on their website to help churches consider how the election can be approached from a biblical point of view.

Published in: Evangelical Focus - europe - UK election is a chance for Christians to “speak hope into society”