Spanish LGBT law is the ‘most harmful in the EU so far’, religious freedom group says

ADF International warns the proposed law would endanger fundamental freedoms: “We strongly encourage the Spanish Parliament to reject the bill”. 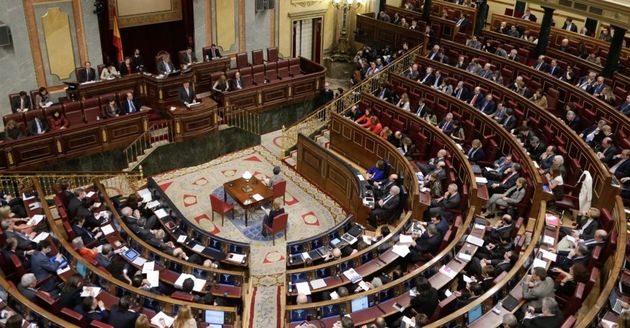 The Spanish Parliament will discussed the Bill in Spetember.

The draft law will be discussed in September, and it claims to fight homophobia. It will incorporate “obligations and duties” for the state administrations to establish “proactive policies” to promote gender ideology.

IMPACT ON FUNDAMENTAL FREEDOMS OF CITIZENS

ADF International has analysed the text and believes that “the Equality Bill in its current form legislates far beyond what is necessary to ensure equality in society.”

“In light of its expansive scope and the legal uncertainty resulting from the vague terminology used, it is likely to have a significant and detrimental impact on citizens’ fundamental freedoms”, it adds.

ADF International is “an alliance-building legal organization that advocates for the right of people to freely live out their faith, with a particular focus on freedom of thought, conscience and religion around the world.”

After studying the Spanish bill in depth with their international team of lawyers, they have issued a memorandum which “highlights some significant concerns that have been raised on a closer scrutiny of the bill’s text.”

Download and read the full ADF international memorandum on the LGBT Non Discrimination and Equality Bill.

“THE MOST HARMFUL BILL WE HAVE SEEN IN THE EU”

"We have come to the conclusion that of all the European Union equality laws, this is the most harmful and damaging we have seen so far", Rubén Navarro, representative of ADF International in Geneva, told Spanish website Protestant Digital.

The memorandum points out that, “while the stated goal of the Equality Bill is laudable, the negative side-effects are numerous and far-reaching to such an extent that the legislation is likely to cause more problems than it would solve.”

According to ADF, “the three main requirements for a piece of legislation are: a) certainty (the law must give anyone subject to it the ability to regulate their conduct), b) foreseeability (reasonable anticipation of the possible results of an action) and c) predictability (similar cases are treated alike).”

“The Equality Bill does not meet these requirements, as it employs vague terms open to expansive interpretation, making it difficult for citizens to foresee the legal consequences of their acts”, the document explains.

“The proposed wording of the legislation results in an unprecedented widening of the scope of anti-discrimination laws, which would significantly encroach on fundamental rights”, ADF says. 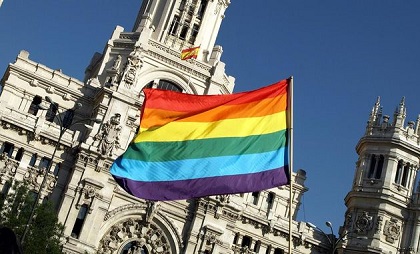 Additionally, “the vague wording, the far-reaching penalties, the reversing of the burden of proof, and the curtailing of parents’ prior right to educate their children in accordance with their religious and philosophical convictions raise, make this piece of legislation problematic and inconsistent with European and international human rights standards.”

DISCRIMINATION AND THE REVERSAL OF THE BURDEN OF PROOF

The memorandum also warns that, according to the pro-LGBT bill, “a person accused of ‘discrimination’ is forced to prove his or her innocence, whereas any person claiming to have been a victim of discrimination would be presumed to be such.”

“That proposed reversal of the burden of proof would make it difficult for defendants to prove their innocence and open the door for opportunistic lawyers to commence strategic litigation at great cost to businesses and citizens”, it adds.

That is why “the Equality Bill establishes what may be described as a ‘presumption of guilt,’ which contradicts established procedural rights.”

“The Bill confer an extraordinary amount of power on the State to police the speech of its citizens, undermining freedom of expression and opening the door to wide-ranging State censorship with onerous penalties for violations.”

ADF denounces that the law will allow the ideological persecution, because “Art 94 makes it a crime not to facilitate the work or to collaborate with the authorties by offering information”, which “would create a climate of suspicion and mistrust, given that everyone can report everyone for alleged offensive speech.”

“By making no reference to the rights of parents, the Equality Bill stands in stark contrast to the well-established international legal norms which see parents as primarily responsible for raising their children”, the memorandum points out.

According to ADF, the Article 20 bis of the Equality Bill “could result in an infringement of the right of parents to ensure their children receive education and teaching in conformity with their own religious and philosophical convictions”.

“The way in which the crimes are established heads towards the dissolution and bankruptcy of Christian organizations and institutions based on the defense of certain values and principles; unpopular or unorthodox opinions will be expelled from the public space”, the ADF representative told Protestante Digital.

The organisation warns that “for pro-family organizations, it will be practically impossible to organize training days, conferences or public activities without incurring criminal offenses."

“We strongly encourage the Spanish Parliament to reject the Equality Bill”, the memorandum concludes.

ADF is not the only international organisation that has expressed its concern about the Spanish LGBT law.

The Ibero-American Congress for Life and Family sent a letter to the Spanish Ministry of Foreign Affairs, arguing that “thinking differently is not homophobia, and having different standards of life is not discrimination.”

In Spain, the Spanish Evangelical Alliance (AEE) has expressed its concern about the Bill in a long analysis of the text.

In addition to the statement, the Alliance has launched an online petition to collect signatures to stop the law. Nearly 10,000 people have signed the petition so far.

Meanwhle, the Federation of Evangelical Religious Entities in Spain (FEREDE) asked the Advisory Board for Religious Freedom of the government to analyse the text to see if it clashed with basic rights protected by the Spanish Constitution. The proposition was accepted.

Published in: Evangelical Focus - europe - Spanish LGBT law is the ‘most harmful in the EU so far’, religious freedom group says