Albanian evangelicals celebrate their contribution to language and education

Several events to celebrate the 125th anniversary of VUSH (Evangelical Alliance Albania). “To understand evangelicals, you must understand the meaning of the gospel, the good news of God’s love for everyone”. 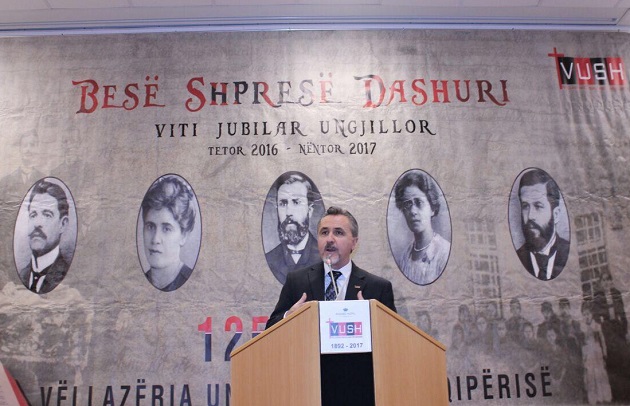 The Chairman of VUSH, Ylli Doçi, speaks on the history of evangelicals in Albania, on 14th November 2017. / Photo: VUSH

A series of activities were organised, focused both on the evangelical churches in the country and on society as a whole.

There are less than 1% of evangelical Christians in the country, but the positive influence of Protestantism in the Albanian society can be seen easily, especially in the field of literacy and education.

Since 2011, the state recognises the evangelical movement as one of the five ‘official’ religions. VUSH represents all Protestant and evangelical churches organisations in Albania. 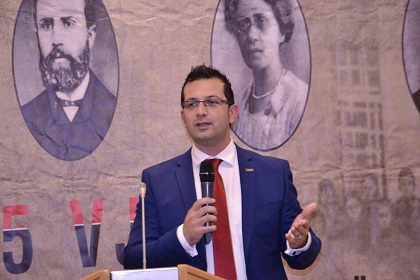 The activities these days drew the attention of the public to the actions of Protestants in the past and present of Albania. A documentary was shown to “illustrate” this historic contribution of evangelical Christians to the country’s history.

Another aim was to “share the core values of the gospel with many people”.

THE “GOOD NEWS” FOR ALBANIANS

“Today we celebrate the 125th anniversary of the birth of the Christian evangelical community in Albania”, the Chairman of the VUSH board, Ylli Doçi, said in a speech on 14th November.

“But certainly this was not the arrival of the gospel and Christianity to Albania, because from the first century, the Apostle Paul declares himself as it is written in the Bible: ‘From Jerusalem to Illyria I have performed the service of the gospel of Christ’”.

Speaking to a broad audience, the VUSH representative said: “To understand evangelicals, you must understand the meaning of the gospel, which means ‘good news’, the good news of God’s love for everyone”. 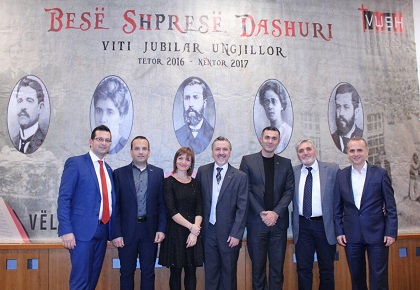 The message of hope for every person is “the unconditional love that the Bible calls ‘grace’, the extravagant love that God gave his Son, his only-begotten Son ‘as a sacrifice for sin, (making Him sin, who didn’t know sin), so that we may become the righteousness of God in Him’”.

THE 1827 BIBLE TRANSLATION, THE FIRST SCHOOL FOR GIRLS

Quoting well-known researchers such as Natalie Clayer, Mihal Grameno and Gionvani Cimbalo, Doçi summarised some of the best examples of how evangelical Christians have contributed significantly to the common good of the Albanian society.

One of these contributions was the School for Girls in Korcë, the first of its kind, founded in 1891 by Gjerasim D. Qiriazi, member of the first family of evangelical faith known in the region. It was an example of the evangelical vision of “emancipation and education of the Albanian girls at a time no one in Albania was thinking about it”.

Another key contribution was “the Bible translation of 1827, which consolidated the beginnings of Albanology and the spread of Albanian writing and Albanian education”, Doçi explained.

Even in the field of communication, evangelicals helped to make the first steps. “The next time you see a newspaper, I encourage you to remember that the first Albanian newspaper, published within the territory of Albania, was the newspaper of our community, ‘The Journal of the Brotherhood’, which is being published also today”. 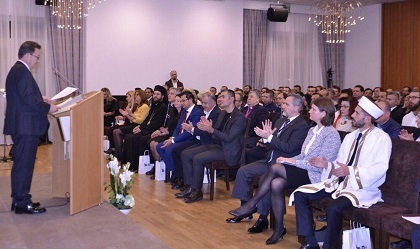 Joined in the celebration by many Albanian evangelical Christians (including the European Evangelical Alliance) and social representatives, it was made clear that VUSH would continue to exist to proclaim the gospel message and to love Albania’s people and their culture.