Protestant developments in Russia during 2017

In their own quiet way, Russia’s Protestant denominations are continuing to evangelise. 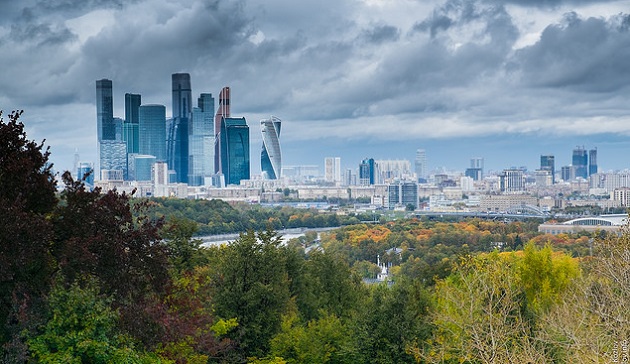 In an interview with Moscow’s dissident “Portal-Credo” news service on 26 December, Yuri Sipko, the Russian Baptist Union’s one-time president, described the banning of Russia’s Jehovah’s Witnesses on 17 August as the country’s most significant religious development during 2017.

“This measure destroys the constitutional right to freedom of conscience.” With this step, “the political establishment has demonstrated its ignorance and its choice of force as the primary instrument for destroying the constitution.” This measure celebrates the triumph of “untruth and lawlessness” in our country.

The businessman and Evangelical-Christian bishop Alexander Semchenko had already prophesized in an interview with this news service five days earlier that Charismatics would be next in line for banishment. They would then be “followed by the Baptists – by the non-registered ones in particular”. He also referred to recent rumours that the government will be attempting to take away the children of parents regarded as sectarian.

Yet others would regard this description of the status quo as no more than half the story. The state used the visit of German President Franz-Walter Steinmeier on 25 October to ceremonially return ownership of Moscow’s “St. Peter-and-Paul-Cathedral” to the country’s leading Lutheran denomination; the “Evangelical-Lutheran Church of Russia”. It had been using the cathedral rent-free for over 20 years. In addition, the St. Petersburg government announced in December it would be renovating the facade of the “Lutheran Church of St. Peter and St. Paul” to the tune of 39,9 million roubles (roughly $643.500 US). This structure, completed in 1728, had served as a swimming hall for 35 years beginning in 1958. Nearly simultaneously, the government confiscated major property holdings of the Jehovah’s Witnesses in St. Petersburg. The confiscated property includes a large congress hall opened in 1999 and now slated to become a medical centre.

In October, ELCR-archbishop Dietrich Brauer had criticised the Russian state for offering preferential treatment to Orthodox building efforts. In Kaliningrad region, once-Lutheran churches had been given to the Moscow Patriarchy while by-passing the usual legal channels. Alexander Semchenko for his part complained in the above interview that the state offered Lutherans preferential treatment at the expense of other Protestant denominations. “All glory associated with the anniversary (of the Reformation) was bestowed upon the small circle of Lutherans. That was offensive to other Protestant denominations, some of whom are much larger.” The Pentecostals and Charismatics of Russia may number at least 400.000 members – the Lutherans perhaps only a 10th of that.

In their own quiet way, Russia’s Protestant denominations are continuing to evangelise. At least four of the Baptist Union’s past or current leaders have planted a new congregation in Moscow. The newest one involves Sergey Sipko, the Baptist Union's Senior Vice-President and son of the above-mentioned Yuri Sipko. It was officially founded on 15 January 2017 and meets at “Raushskaya Neberezhnaya” 4/5, roughly a kilometre north of the metro stop “Novokuznetskaya“. Named “Father's House” (Dom Otsa), it should not be confused with an older Pentecostal congregation in Moscow of the same name.

Leonid Kartavenko, the Baptist Union’s one-time missions director, and Vitaly Vlasenko, its Director for External Relations until March 2017, have also founded smaller congregations. The largest of these, the “Russian Bible Church”, which is now meeting in multiple locations, is headed by Evgeny Bakhmutsky and has several hundred members. Still a leading Baptist, Bakhmutsky was the Baptist Union’s Senior Vice-President until 2014. Having a pyramidal structure stressing male leadership and Calvinist in orientation, Kartavenko notes that the Russian Bible Church-movement has found its niche within the Moscow context. It associates closely with John MacArthur and his “Grace Community Church” in Sun Valley/California.

In north-western Moscow, in another theological corner of the Protestant faith, Alexander Kuznetsov and his “Tushinskaya Evangelical Church” have left Sergey Ryakhovsky’s large “Associated Russian Union of Christians of Evangelical-Pentecostal Faith” (ROSKhVE) for the “All-Russian Fellowship of Evangelical-Christians” (VSEKh) headed by Pavel Kolesnikov of Zelenograd (north of Moscow). Kuznetsov reports that his congregation is one of a number adhering to the church model taught by Rick Warren’s “Saddleback Church” in California. Saddleback staff visits his church at least annually.

Kartavenko confirms that the national, Protestant trend towards “de-denominationalism” remains clear. Moscow now sports art-oriented congregations with members mostly above the age of 40; congregations oriented towards those recovering from substance abuse remain active. “People no longer think denominationally,” he notes, “they think horizontally”. National church structures, the Russian Baptist Union for ex., are continuing to weaken. In September 2015, this Baptist Union exited from the heavily-Pentecostal “Advisory Council for the Heads of the Protestant Churches of Russia”. Consequently, Russian Protestantism no longer has an organisation capable of speaking in the name of all. A revitalizing “Russian Evangelical Alliance” is waiting in the wings, but has much growing to do before it can be considered a national voice.

In October, Moscow’s Leonid Kartavenko had supposed that Russia would consider revising the “Yarovaya Laws” of 7 July 2016, at least regarding registration practice. Highly significant for evangelicals are its stipulations forbidding evangelistic efforts in public areas and restricting the practice of religion to officially-registered locations.

Kartavenko reported that a small mountain of requests for official church registration is piling up in state offices. But according to him, registration would have Protestant congregations officially exceeding the number of Orthodox ones in some regions of Siberia and the Far East. In addition, Russia’s 120-170.000 Jehovah’s Witnesses are now in legal limbo. Can such a large religious grouping be left with no legal option other than emigration? Kartavenko: “The evangelical churches remain a concern for the state. The state can bring them into the fold and control them better through registration.” Little has changed on the Moscow scene: Some literature distribution still continues in public and religious gatherings take place in private quarters.

In a lengthy interview with the on-line magazine “Znak” on 1 August, Oleg Goncharov, Russia’s head Seventh-Day Adventist, pointed to the chequered nature of Russian state-church practice. “The current problems are primarily local in nature.” They are “due to the incompetence of local and regional authorities”. He claimed: “Believers are not persecuted in Russia today. Our problems pertain to the practical interpretation of the law.”

He conceded that the Yarovaya Laws are applied selectively. “But it is useless to protest this legislation – we are required to adhere to it.” His résumé: “Compared to other countries around the world, the amount of religious freedom in Russia is relatively high. The state continues to support religious organizations and their social work.” He assured that relations with Patriarch Kirill remain strong.

At least since his Odessa speech on 22 July 2010 (see our release from 15 August 2010), the Russian Patriarch has been pushing the concept of a conservative, essentially anti-Western, inter-confessional Christian movement. He had stated in November of that year: “In the past 10 years we have experienced the fact that our Russian Protestants stand closer to us Orthodox in their faith than they do to their fellow believers in the West.“ Today, there are more than a few Russian Protestants who would agree with the Patriarch’s assessment.

On 11 May 2017, the Patriarch’s primary deputy and foreign minister, Metropolitan Hilarion, delivered an address at Franklin Graham’s “World Summit in Defence of Persecuted Christians" in Washington. In that speech, Hilarion plead quietly but decidedly for a joint Russian-Western effort to defend the beleaguered, ancient Orthodox denominations of the Middle East and North Africa. Graham agreed, but also expressed strong support for US Vice-President Mike Pence, who was present at the conference. So from the US perspective, the Patriarch’s call can be accepted at least as an anti-liberal appeal, if not as an anti-Western one.

Published in: Evangelical Focus - europe - Protestant developments in Russia during 2017