More than 140 delegates of about 50 organisations met in the Netherlands. Training and resources were offered in specific workshops. 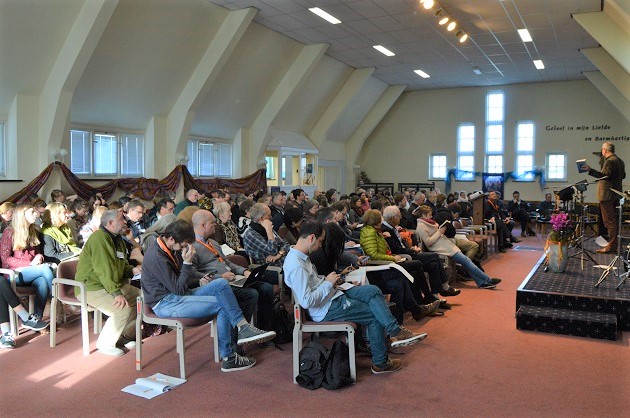 The refugee crisis in Europe has inspired many citizens to get involved in some kind of relief work in recent years.

Many are working for Christian organisations. More than 140 delegates from almost 50 agencies met last week in the Netherlands. The Roundtable – as the event is called – is a yearly gathering with the purpose to learn from another and to encourage each other.

Together they form the Refugee Highway Partnership (RHP) with participants from all over Europe. Most of them are actively involved in their own local, national or international organisations.

TO LOVE THE STRANGER, A CENTRAL CHRISTIAN VALUE 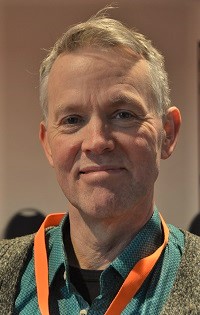 Paul Sydnor is European director of the International Association for Refugees (IAFR) and member of the Leadership Team of RHP. He is strongly convinced that churches can play a special role in helping refugees: “We have an unique place in the refugee work. We have a message for the world and we have something to share. The love for the stranger, the love for the other, really draws us together and the fact that God has shown us His love through Jesus Christ makes our ministries special. There are lots of NGO’s out there who are doing a tremendous job as there are faced with the crisis. They take care for emergency needs, provide food and shelter. But Christian organisations try to go further than that. We work through relationships that are modelled on the relationship that we have with Christ, with God, and that makes us very unique”.

The RHP started in 2002, following a Roundtable that took place in Izmir (Turkey) a year before – sponsored by the World Evangelical Alliance. It now is a worldwide partnership active in different regions. The first was established in Europe, followed by North America (United States and Canada). There is a regional work beginning in Brasil, and in Africa and Asia there are meetings.

THE CASE OF GERMANY

The country in Europe that has been most affected by the refugee crisis is Germany. In spite of the large inflow of immigrants and asylum seekers there is the policy of welcoming people looking for refuge. From the beginning of the crisis Chancellor Angela Merkel stated that the country would be able to face the challenges of the many strangers. 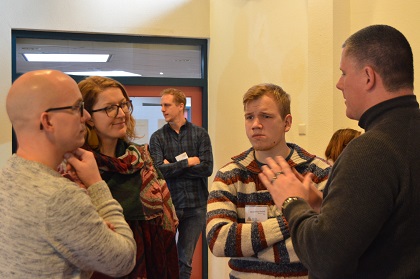 German RHP committee member Marcel Fink agrees totally with her point of view and is convinced that Merkel’s own christian background influenced her attitude. Yet he admits that receiving the refugees is a challenge that should not be underestimated. Integration is a necessity, but it is not easy: “You cannot force people to integrate just by laws. It takes people to integrate people. It takes relationships: foreigners have to become your friends. You will never integrate into a society if you do not have friends. I think this is something we can do as Christians: we can establish friendships and we should not be afraid”.

“We have confidence, we believe in a God who is for us and I think we can give freely from what we have received. As Christians, we have to do this on a long term: this issue will not be solved in one or two years. We will have to work with these people for at least 10 years”.

HELPING REFUGEES TO LIVE IN A NEW COUNTRY

Peter Vimalasekaran – they usually call him ‘Vimal’ – has a special contribution to the RHP laedership team. He has a refugee background himself and knows exactly what it is to be a stranger in a foreign land. He was 19 years old when he had to flee from Sri Lanka to India. There he became a christian and since that moment he has lived in many countries, like England, Northern Ireland, Canada and the United States. 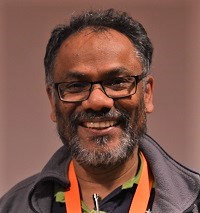 The last 20 years Vimal was was responsible for a refugee ministry in Germany. He is convinced that integration is a two-way proces. “The term I use is ‘interclusion’, a combination of integration and inclusion. It is trying to meet in the middle. There is a place where we can meet and learn from each other. It is not an easy process: when you enter a country, you have to know the culture and learn the language. And even if you speak the language, that does not mean that you are integrated”.

Marcel Fink runs a Christian foundation in the Southern part of Germany. He started with a trauma centre some months ago and right now an apartment building is being constructed in which Germans and refugees can live together. It is called the House of Hope and it is meant to be a place of hope where investments are made in the lifes of people. “In my area, the majority of refugee work has a Christian background. Of course, organisations that are not Christian can also supply food and shelter, but often they disappear when the most urgent need is relieved. As Christians we know what it is to go the second mile, but we don’t pretend to know everything better. Yet, we know Someone who can do everything better, God”.

The RHP rondtable offered a lot of workshops on all kind of issues. Some are mainly about legal and social subjects, like providing jobs for refugees or assisting them in getting a stay permit, etc. Others focus in the first place on the spiritual dimension, like developing prayer & city vision for refugees, going deeper in Scripture with refugees, and refugee youth ministries.

When Christians work with refugees, the aspect of evangelizing is always included. That does not mean that the workers are constantly preaching, at least not with words. Paul Sydnor: “It is not just evangelism, it is showing the love of God through community, through listening to people, through building relationships. When you listen to people, you show you care about them. It is offering them a chance to discover they have diginity and value and you are helping to develop that aspect. You are building them and that is all what God is about, as the Creator. He wants us to discover who He has made us to be and He wants us to walk in that image He has given us. That leads straight to the cross, straight to Jesus. I see that as very evangelistic”. 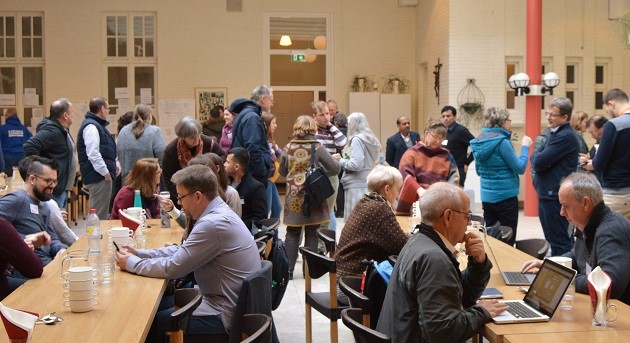 The participants of the rundtable are coming from all over Europe. Being together with many ministries is a enrichment for everyone who is involved in the work with refugees. It enlarges the vision and provides mutual encouragement. Sydnor: “When you work with other people from other nations, you learn to realize that God’s Kingdom is so much more than the local church and the local perspective. This is an really important aspect of RHP: God is so much bigger than our local ministry; We experience this when we are working with refugees as a part of a larger network”.

A NETWORK TO UNITE CHRISTIANS WITH THE SAME VISION

Vimalasekaran: “It is important to let the churches in Europe know that this is a network for them. This is not a network for experts where people can come to listen to the experts. We believe that God’s people should be sharing their love for God and for each other. That makes them the experts. We want to learn from others and share and take part”.

The RHP is not pretending it can provide answers to all the questions concerning the refugees. One of the big concerns in Europe, and especially in Germany, is whether asylum seekers should be allowed to bring their families. In many cases it is mainly men that make it to Europe. Once they have found shelter here, it is evident they want to be reunited with wife and children. Governments are generally hesistating in granting permits and no-one can tell exactly what the consequences in a change of policy will be. 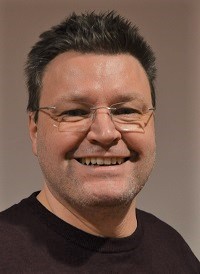 Marcel Fink: “It is a big issue, politically. It might involve tenthousands, but it might also involve hunderdthousands. But imagine, from a Christian point of view as it concerns the family values: can you say they have to stay without their family, their relatives living in a war zone, without means of existence? How long do they have to fear for their life? On a humanitarian base whe should grant them permission to bring their family. There are people who think: let’s just wait ntil the situation in Syria has calmed down, but I do not expect that to happen soon. So I think we have to help these people. How can you integrate if you are lonely, without your family?”

The economical consequences are often mentioned as a reason not to allow more foreigners to come to Europe. Marcel disagrees: “We are wealthy enough and you cab even see that the economical situation has improved since the refugees came. After all, they have to have food, so they are returning the money they get into the economy. So everything you give to the refugees, they will bring back to the market. They don’t keep the money they receive”.

OPEN QUESTIONS FOR THE FUTURE OF EUROPE

Will the situation of the refugees in Europe improve on the short term? Will there be possibilities to return to their homes? At this moment it is almost impossbile to say. Are there reasons to be optimistic? And will the churches more and more take up their role and provide a shelter to refugees?

“I am an optimistic man”, says Paul Sydnor. “When we first arrived in Lille, so often people would ask: ‘isn’t helping refugees without papers illegal? Can we do that?’ We had a couple of conversations like these, but now we don’t discuss this anymore. The people in the church seem to realize there is an important role they have to play in this; So I see this as a step in the right direction”.

To learn more about the Refugee Highway Partnership,visit its website.