Justin Welby: “Abusers may be forgiven, but can never be trusted again”

The archbishop of Canterbury answered the questions of the Independent Inquiry into Child Sexual Abuse. “The Bible is utterly, brutally blunt about the difference between forgiveness and the consequences of sin”. 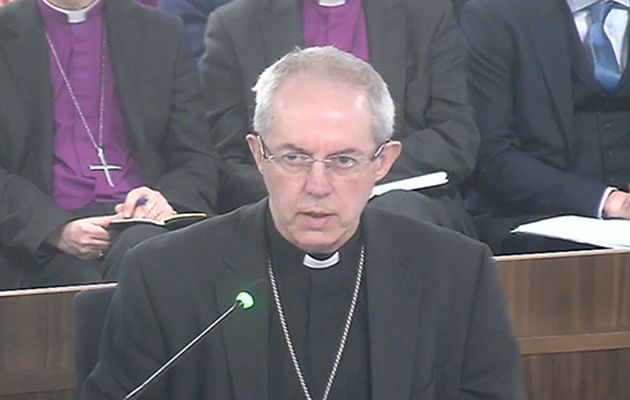 The archbishop’s appearance came on the last day of three weeks of hearings into sexual abuse in the Church of England, focusing on the diocese of Chichester in West Sussex.

“I have learned to be ashamed again of the church. You can’t read the transcripts and evidence statements without being moved, at least you shouldn't be able to”, Welby said.

The archbishop stated that “the Church does wonderful things across the country, extraordinary things. The most stressful job in the Church is to be a good parish priest, and that a small minority have betrayed that is horrifying”.

“I want to put on record again - I don't know how to express it adequately - how appalled I am and how ashamed I am of the Church for what it did to those who are survivors and are coping with this”, he added.

“ABUSERS MAY BE FORGIVEN, BUT CAN NEVER BE TRUSTED AGAIN”

Welby told the IICSA that “abusive behaviour tends to repeat. If someone has been an abuser, they may be forgiven, but can never be trusted again. You will never take a chance on them again”.

Additionally, “if you have abused and repent genuinely, you should still go to prison”, Welby declared.

“A GREAT NEED OF A CHANGE OF CULTURE”

The archbishop was questioned by counsel to the inquiry, Fiona Scolding QC, about how the Church is addressing the issue of safeguarding.

He replied that he had implemented training, but that there was also “a great need for a culture change”.

“We have to get to the culture that if anything is seen as untoward, every regular member of the church, everyone who knows, who is around says ‘this isn't right and I'm going to do something about it’”he pointed out.

According to Welby: “Nobody can say ‘it's not my fault... I've heard about a problem but, oh well, it was someone else's duty to report it’. That is not an acceptable human response, let alone a leadership response. If you know a child is being abused, not to report it is simply wrong”.

Published in: Evangelical Focus - europe - Justin Welby: “Abusers may be forgiven, but can never be trusted again”