“If we walk in Christ, we will care for justice, freedom of speech, decency, honesty and will stand against abuse of power, manipulation, lies and violence”, says UKH (IFES) leader Tomas Uher. 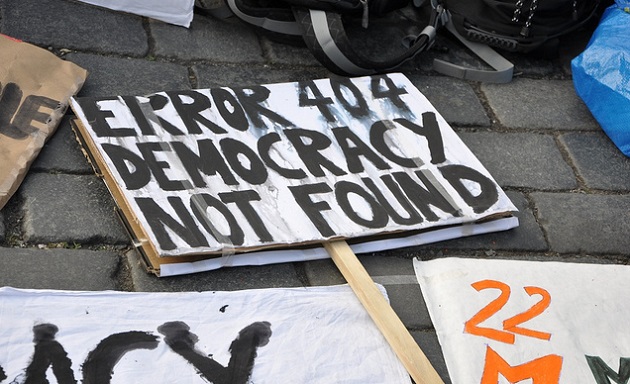 Cases of corruption, attempts to control the public media and an increase in pro-Russian messages are making many Czechs feel nervous about the future of the country.

Two big protests in March took thousands the streets. Some say the country is sliding back into a Communist past. Others want their leading politicians to be more accountable.

Among those who have joined the protests, are young Christian students, as it has happened in neighboring Slovakia.

In the context of churches, “ Christian leaders voice their opinions and spark a vibrant debate”, Tomas Uher, secretary general of the UKH (the Czech IFES movement) explains. The conversation about truth and transparency should be alive among Christians, he says. 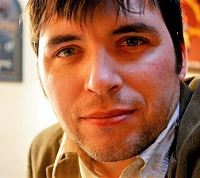 Question. Tell us a bit about the context of the demonstrations in the Czech Republic in the last weeks?

Answer. There has been two main protests recently. On the 5th of March, thousands of people across the country protested against the appointment of Zdenek Ondrácek, a Communist Party MP, as the Chairman of the Parliamentary Committee for Overseeing the GIBS (National Buro for Police Crimes Investigation). Ondrácek had served as the front-line member of the Communist security units that brutally suppressed the student demonstrations in 1989. What is more, Ondrácek insists till today it was the right thing to do.

This appointment took place on the 2nd of March, only five days after the 70th anniversary of the Communists coming to power in 1948. The media, led by the Czech National Television helped to recall how the Communist party first installed its prominent members into the top security forces positions, before eventually overcoming the democrats. Mr. Ondrácek resigned from overseeing GIBS the following day.

The second nationwide demonstration took place on the 14th of March and it was to protest against the attempts to impose a state control over the Czech National Television. The aim was to end its politically independent nature. This came after the recently re-elected President Milos Zeman used his inauguration speech to splash undeserved criticism on the Czech Television and other media widely recognized for their independent voice.

Q. So, what are the fears driving the movement against the Czech political leaders?

A. The main fear is that the country will re-play its history from 1948. President Milos Zeman has spoken and acted as a pro-Russian politician and openly upheld Chinese and Russian ways of securing national stability as examples to follow.

Meanwhile, the Prime Minister and billionaire Andrzej Babis has been leading the government for six months without the vote of confidence. He is persecuted for EU funds flaws and also has been convicted of serving in the Communist secret police (StB). He owns major newspapers and also called off the director of GIBS, the very institution that controls the investigation of his EU fund flaws.

Q. Are students leading the demonstrations? Are Christian students involved in this socio-political movement as well?

A. Students have been the main driving force in the protests. It was three students that created the Facebook event of the 5th of March demonstration at Narodni trida Street (the place Velvet Revolution started in 1989, also initiated by students then). When the “Going” status of the Facebook event numbered 40.000 people, they changed the meeting point for Wenceslas Square.

The students also joined the 14th March protest in the form of a 15min no-school strike the next day.

Christian student of Philosophy, Mikulás Minár founded a Society for cultivating and protecting democracy which initiated a public petition calling for Mr. Babis’ resignation on the grounds of his persecution. The petition already has 220.000 signatures.

Some student Christian unions cancelled their meeting and went to protest instead.

Q. Is the debate about the state of the Czech democracy also alive among evangelical churches?

A. There are dozens of prominent Christian leaders that voice their opinions in the Christian community and spark a vibrant debate. Some even speak into the public sphere advocating for justice, freedom, human rights and the value of truth.

There is a certain proportion of Christians who avoid the subject in the fear of confrontation and a small percentage even support the controversial politicians. This poses a challenge to cultivate mutually respectful God-honoring and fact-based discussion.

Q. From your perspective as a Christian, should Christians engage in social movements as these ones?

A. I absolutely do think so. It would be a terrible mistake to do away with our responsibility for public life by oversimplifying and just referring to Rom 13:1-3. If we walk in Christ, we will care for justice, freedom of speech, decency, honesty and will stand against abuse of power, manipulation, lies and violence.

Joseph, Moses, Nehemiah, Ester, Daniel and ultimately the Lord Jesus were engaged in politics (affairs of the city/state) for the sake of God’s people and by extension - for the sake of the Gospel.

In Guatemala in the 1970s Christian students brought about major changes in social justice. In the 1980s, in Peru, Christians in politics transformed the corrupted government. By all means, Christians should pray and act to cultivate the sphere of governance (1 Tim 2:1-4).

Q. How can Christians in other countries pray for the Czech Republic?

A. Give thanks for God to have worked in our nation in the past (Jan Hus, Moravian brothers...) and for the window of freedom we have been enjoying since 1989.

Pray for totalitarian tendencies not to succeed. But whatever happens, may God help Christians to model respectful, loving and honoring debate and win many for Christ.

It is striking to realise that both the President and the Prime Minister were elected after their flaws and tendencies were well known. That means that wider public (including some Christians) were persuaded by lies and manipulation. Pray for God to spark a quest for truth and atested facts which will in turn open the door for the gospel in people’s hearts.

Tomas Uher studied Cornhill Training Course in London. He serves as the national director of UKH, the Czech IFES movement and lives in Prague with his wife and two daughters.