The sentence says churches can only demand confessional allegiance when the job profile made it “significant, legal and justified”. In Germany, churches and their affiliated institutions are the second largest employer. 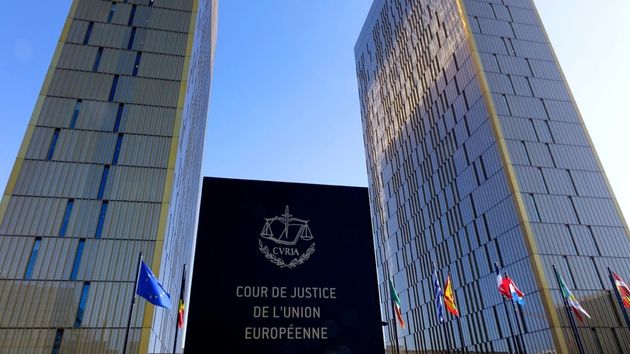 In recent years, the European Court of Human Rights (ECHR) and the American Supreme Court have taken some decisions regarding the hiring of religious employees.

For example, in 2012 a teacher laid off from a school linked to a Lutheran church in Michigan (US) lost her dismissal case, on the grounds that she was technically a minister and her bosses were therefore exempt from equality laws.

In 2014, the ECHR vindicated the Spanish Catholic church after it effectively ended the teaching career of a priest who had married and joined a campaign against clerical celibacy rules.

However, a ruling by the European Court of Justice (ECJ), which adjudicates the law of the 28-state European Union, has ruled in the other direction.

A German woman who is an expert on human rights and equality, was offered no interview when she applied for a post with the Evangelisches Werk für Diakonie und Entwicklung (Evangelical Work for Social Workd and Development), which is a body associated with the Evangelical Church Germany (EKD), the mainline German Protestant German church.

The job involved writing a report on Germany’s compliance with a UN convention on racism. The candidate must belong to “a Protestant church, or of a church which is a member of the Arbeitsgemeinschaft Christlicher Kirchen in Deutschland”, the ad said.

Vera Egenberger considered that her application had been rejected because she did not belong to any denomination, so that she brought an action before and complained to her country’s Federal Labour Court, which turned to the ECJ for help.

The ECJ said that “German law had gone too far by allowing such a wide scope for religious employers to determine for themselves whether a particular job could be reserved to those of a particular faith”.

It also pointed out that churches could only demand confessional allegiance when the job profile made it “significant, legal and justified”.

Religious organisations must show an “objectively verifiable existence of a direct link between the occupational requirement imposed by the employer and the activity concerned”, the ECJ explained.

“Such a link may follow either from the nature of the activity, for example where it involves taking part in the determination of the ethos of the church or organisation in question or contributing to its mission of proclamation, or else from the circumstances in which the activity is to be carried out”.

It added that German courts should do their best to abide both by national law and that of the EU, but if that proved impossible they should adhere to the latter.

A court in Düsseldorf will now have to reconsider whether Egenberger has a claim to compensation.

The sentence will have a signal effect because the churches and their affiliated institutions are the second largest employer in Germany after the state. More than a million people are employed in this area.