Sister of an evangelical pastor died in Genova bridge collapse

Churches offer help to the local authorities. 600 people have been evacuated from their homes, including an evangelical family. 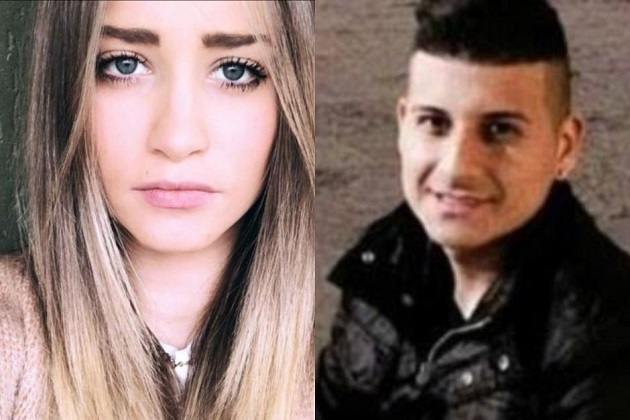 Stella Boccia and her fiancé Carlos Jesús Erasto Trujillo are two of the victims of the Ponte Morandi collapse, in Genova. / ABC

Authorities have confirmed that 39 people have died in the tragedy of the Genova Morandi bridge. Sixteen are injured, and ten more people are missing under the rubble.

SISTER OF AN EVANGELICAL PASTOR

Sources in Italy told Evangelical Focus that one of the victims is Stella Boccia, a 24 years old woman who was living in the province of Arezzo. She was the sister of an Assemblies of God pastor in the region of Pisa.

Stella was not a member of an evangelical church, but a “sympathizer”, sources said. Her parents, owners of a restaurant, wrote on its Facebook page: “We will be closed for mourning. Unfortunately a piece of our hearts remains under the rubble of the Genoa bridge”.

She was in the car with her fiance, Carlos Jesús Erasto Trujillo (from Perú), 27 years old, who died as well. They were returning from their holidays.

The Italian Evangelical Alliance confirmed that “among the victims we are sad to report the loss of a sister of an evangelical pastor”.

EVANGELICAL FAMILY AMONG THE EVACUATED

“Among those who had to leave their homes there is also at least one evangelical family”, the AEI also said.

Around 600 people have been evacuated from the buildings under the bridge. Both the viaduct and the buildings nearby are going to be demolished, the government announced.

“For these brothers and sisters in Christ our prayer is that the Lord will provide consolation and what they need immediately and long-term”.

In the same message, the AEI “invites believers to pray for those who were injured, their families and for all those who suffered from material and emotional damage”.

“It is essential that what happened will be accounted for and responsibilities will be ascertained”, the evangelical body added. It also reflected on the invitation to trust Jesus Christ, “the only way”.

“We are aware that the evangelical churches in Genova are collaborating with the Authorities to bring relief and a word of consolation to the population”, the AEI said.

In order to facilitate these activities, the evangelical body is collecting “funds that will be given to the evangelical churches in Genova to help with their relief and spiritual work”.

Read the full statement of the Italian Evangelical Alliance published on Thursday 16 August.

ASSEMBLIES OF GOD IN GENOVA

One of the evangelical churches in Genova, the Assemblies of God congregation called to pray for the city, sharing the verse: “He will wipe every tear from their eyes. There will be no more death or mourning or crying or pain, for the old order of things has passed away (Revelation 21:4) #PrayForGenova”. The pastor of the church gave information from the ground in a video (Italian) shared on social media hours after the collapse.

Among the victims of the disaster are people from several Italian regions, as well as from other countries, including France, Albania, Chile, Colombia and Peru.