The Fellowship of European Evangelical Theologians met in Prague

Nearly 70 participants involved in theological research and training discussed the topic of “Christian identity and mission in a divided Europe”. 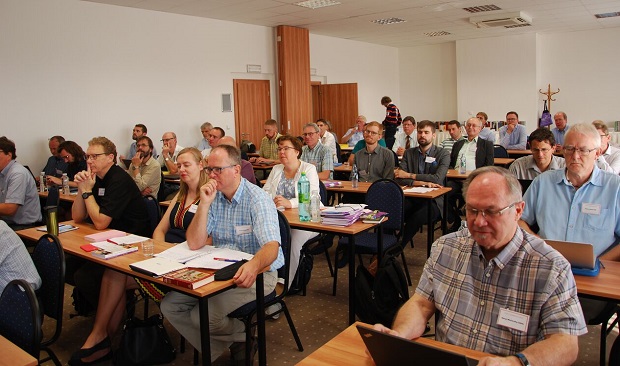 Participants of the biennal conference of the FEET held in Prague, August 2018. / Gert Hain

The biennial conference of FEET (the Fellowship of European Evangelical Theologians) was held in Prague (in the Czech Republic) from the 24th to the 28th of August 2018.

Nearly 70 participants, theologians of various disciplines involved in theological research and training, came from countries as far afield as Ireland and Georgia, Norway and Italy to discuss the topic of “Christian Identity and Mission in a Divided Europe”. 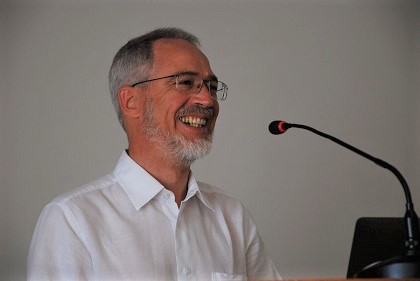 The Fellowship was founded in 1976 in the aftermath of the Lausanne Congress on World Evangelization to encourage fellowship and theological reflection in Europe. John Stott played a significant role in its foundation and chairpersons of the calibre of Klaas Runia, Howard Marshall and Henri Blocher have guided the Fellowship. The present-day Chairman is Pierre Berthoud, emeritus professor at the Faculté Jean Calvin in Aix-en-Provence in France. 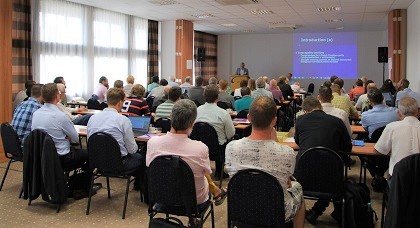 There is little doubt that we are living in troubled times as far as Europe is concerned. From politics to society, from economy to religions, all these areas where the current divisions in Europe are clearly seen. What is the responsibility of the church in such a time as this? How can mission be done in Europe today? What can theology say in such a context? The conference sought to supply some crafted theological reflection in addressing these questions. 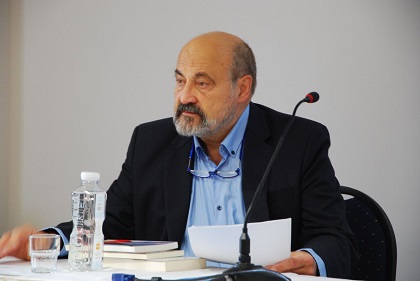 Thus, the main papers read and discussed included topics such as as “Pluralistic Europe as a challenge and an opportunity for the church” (Jeppe Bach Nikolajsen), “Religious freedom and pluralistic Europe” (Christof Sauer), “Living with Scriptures, living in a democracy” (Ad de Bruijne), “The challenge of Islam within the cultural diversity in Europe” (Bernhard Reitsma), “Perspectives on nation in a pluralistic Europe” (Mykhailo Cherenkov and Joshua Searle), “The public role of the Church” (Daniel Pastircak), The final paper wrapped up a wealth of  historical perspectives intertwined with theological reflections in the paper “European Christianity in retrospect and prospect” (Henri Blocher).

One other stimulating session of the conference hosted a dialogue between Tomáš Halík, an internationally renowned Roman Catholic Czech theologian, and Leonardo De Chirico on the theme of “Christian Mission in Pluralistic Europe”. 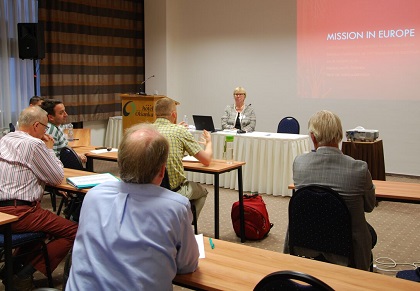 Several other topics were discussed in discipline groups as Old and New Testament specialists, teachers and students of Historical and Systematic Theology, Practical Theology and Ethics met together. Special additional workshops addressed issues such as refugees and reconciliation.

Significantly, the Conference was earthed in a daily time of prayer and Bible expositions. On the Sunday the attendees worshipped together at the congregation of the Czech Brethren, hosted by Pavel Cerny in the heart of Prague. 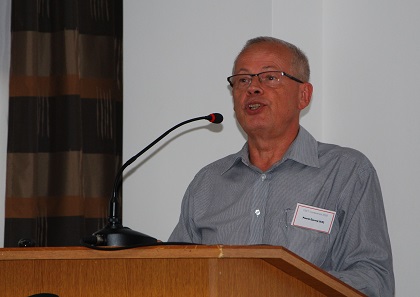 Today’s divided European continent demands strong theological reflection to help European evangelicals to interpret the times with prophetic boldness and self-criticism and to relaunch a vibrant missional vision that will encourage the on-going witness to the gospel in our continent. Those who sponsored the conference hope that their discussions will contribute to this end. It is proposed that the main papers will be published in a book.