Arts have been one of the threads of the first two days of the Hope for Europe conference, in Tallinn (Estonia). 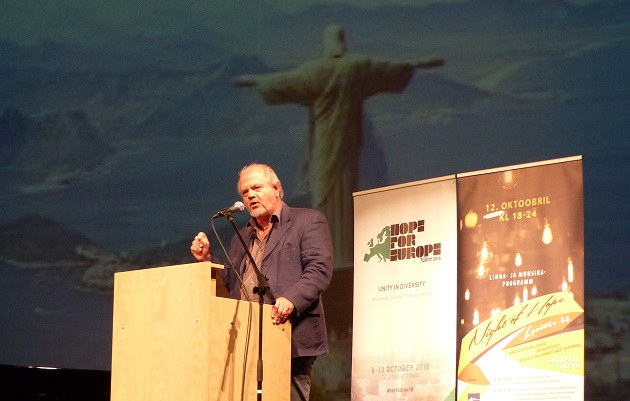 Hip hop had been preceded the evening before by the music of the Latvian (country) foundation “Come Along”, a group of people with disabilities engaged with arts. Meanwhile, Estonian artist Ain Vares has been working on a painting with the theme “Unity in Diversity” which is expected to be completed by the end of the conference, on Friday. 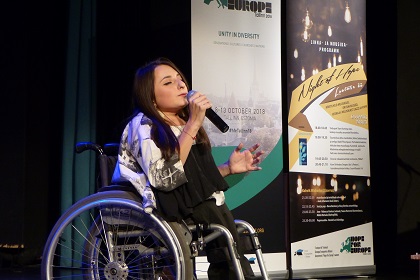 “When the world looks at us Europeans, do they see Jesus as the Lord?”, he asked. The way churches reflect God in practice makes a huge difference. 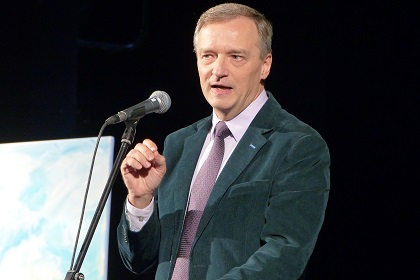 Steve Hollinghurst (United Kingdom), who works for the Church of England Evangelism Community Church Army, within which he trains evangelists spoke about how “Jesus brings reconciliation through the Cross”. In Pentecost, “God enters into each culture and language to speak to them in their own language”, and the early church continued this “celebration of diversity, united as the body of Christ”.

“In Europe, we have a national and European identity crisis, we don’t know who we are, we live in a vacuum of identity”. The problem, Hollinghurst said, when this empty space is occupied by ideologies that have nothing to do with Christianity (though some might speak in the name of Christendom).

“What is the alternative we can speak out as committed Christians? How can we offer an identity that is affirming and uniting? How might your church bring about God’s vision into your country with the power of His Spirit and under His inspiration?”. 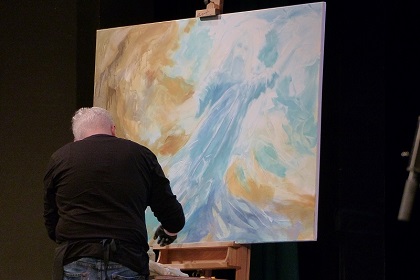 On Tuesday night, international speaker and Executive Director of the Quo Vadis Institute Andrzej Turkanick (Poland) looked at how the Bible speaks of the generations, and encouraged the church in Europe to always be aware of how different generations see reality.

“The church is not about young or old, but the whole project has always been about at least three generations”, he said. So, “don’t give in to the segmentation of society (…).

In working with the Generation Y (millenials) and Z, evangelicals need to “recover their imagination, speak to their heart, be humble, walk alongside people. Listen before speaking, recognise that we have been in captivity with the enlightenment”. Andrzej Turkanick concluded: “May we even love those we don’t understand”.

WORKING TOGETHER FOR A BIGGER VISION

After the morning devotionals, participants from 37 countries have spent the mornings in one of the 17 thematic networks. Small groups have reflected on how to cooperate to build gospel initiatives in Europe in which ideas and resources are shared. 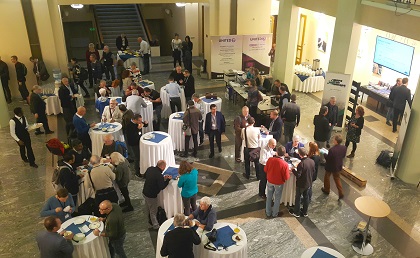 Coffee and lunch breaks are used for informal meetings, thematic discussion tables. Stands and posters give glimpses of what some ministries are doing across the continent.

Best practices on issues like leadership succession, “The Peace Between” dialogue project (refugees) and financial discipleship, best practices of Evangelical Alliances in their influence in politics, were some of the issues discussed in small group seminars.

Participants also gathered for times of worship and prayer.

Julia Doxat-Purser, socio-political representative of the EEA, introduced the Issachar project, a number of papers analysing the state of European politics, addressing the question of what God’s people should be doing in a context of polarisation, division, and “hurting nations” in which often Christians struggle to have a distinct voice.

Learn more about the Hope for Europe conference organised by the European Evangelical Alliance.