The Intergroup on Freedom of Religion or Belief shortlisted 30 countries in the world where basic rights are violated. “We must do whatever is in our power to cherish, defend and promote this freedom”. 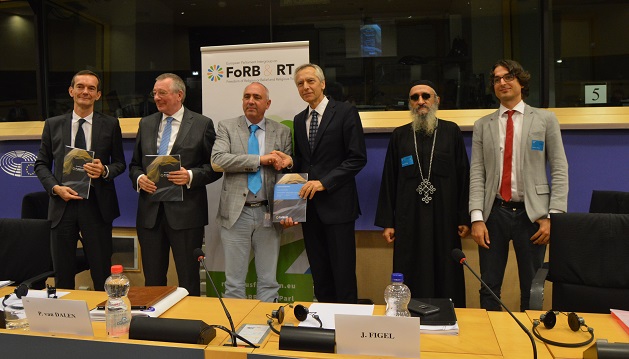 Some of the participants in the presentation of the latest report of the EU Intergroup on Freedom of Religion or Belief, in the European Parliament, Brussels. / Don Zeeman

In its latest annual report the European Parliament Intergroup on Freedom of Religion or Belief (FoRB) focuses on “signs of hope”. The report lists a vast array of recommendations to politicians and governments in order to ameliorate the situation in their country.

There has been some improvement concerning the situation of religious freedom in several countries. Yet, there is a long way to go.

AN INTERGROUP STARTED IN 2014

An Intergroup is an assembly of like-minded members of the European Parliament who – regardless of their political background – co-operate on an issue of common interest. The FoRB-Intergroup is dedicated to ensuring the European Union (EU), in its external actions, promotes and protects the right to freedom of religion or belief.

Since its inception in December 2014, the Intergroup has produced four reports. The first and second editions on the state of Freedom of Religion or Belief in the world, based on research and reported violations. The third was mainly an interim report to determine what progress had been made by the European Union in addressing these violations through its external policies.

A SHORTLIST OF 30 COUNTRIES 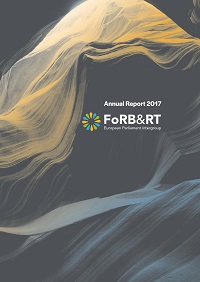 For the fourth edition a complete new methodology has been chosen. The decision to work together with the University of Luxembourg (and, in addition, the University of Cambridge) added a new academic aspect to the work of the Intergroup.

In the methodology of the Luxembourg University two criteria were used to determine whether a country had to be included in the report. The first was the general situation concerning the FoRB (are there violations or problematic issues in a country?), the second the focalness (referring to the EU’s influence in a country and the relevance of that country for the EU).

The assessment of 122 countries resulted in a shortlist of 30. The situation in those countries are listed in the report, each time describing the FoRB-situation, the recommendations (what can the EU do?) and the signs of hope.

Whether a country has a high focalness, depends on elements like the export of a country to the EU, the aid given by the EU to that country, the EU priority for migration, etc.

A low focalness implies that is not very likely to presume the EU will have much influence on the situation in that area. Although most countries in the shortlist have a high focalness, some notorious violators of the freedom of religion in countries with a low focalness were added to the FoRB-report.

During the presentation of the annual report in Brussels, much attention was given to positive developments over the last years. Good practices can been found in (e.g.) Burundi and Indonesia.

In Burundi, faith leaders have renewed their commitment to peace and reconciliation. Talks brought together leaders of several Christian churches as well as the Islamic Community of Burundi.

In Indonesia the Constitutional Court issued a ruling that upholds religious freedom: it ordered the government to no longer discriminate against people whose faith is not one of the six official recognized religions.

In his opening speech co-chair of the Intergroup Dennis de Jong stated: “We want to see and we have seen that in each country of concern there are also positive initiatives on the ground and we want to bring those out. There are many countries where we can find initiatives we can build on. That is why we did not stop at the many violations, but looked further”. 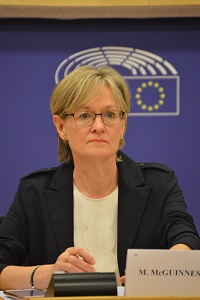 De Jong admits it is not always easy to find those positive signs: “Sometimes a sign of hope is not really a sign of hope as I detected in the report on Afghanistan. There is no real sign of hope there. And even though this reports shows good signs in the world, the overall situation is getting worse”.

THE SPECIAL ENVOY - LIMITED RESOURCES FOR AN IMPORTANT ROLE

At the start in 2014 one of the first priorities of the Intergroup was the creation of a Special Envoy on Freedom of Religion or Belief (FoRB). Two years later that goal was reached when former EU-Commissioner Jan Figel was appointed in that function.

Since then he has visited a wide range of countries where human rights – especially related to religious freedom – are at stake. 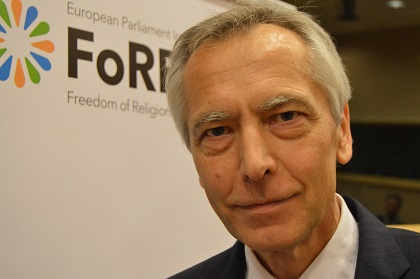 However, the formal position of the Special Envoy is still weak: it is not a full time activity and his resources are limited. Also the relationship between Figel and the European External Action Service (EEAS) is not always very clear: there are potential interest conflicts with the EU Special Representative for Human Rights.

Yet several European countries have followed this example: both the UK and Denmark have appointed special envoys on FoRB and Germany is considering to do the same. Slowly, the EEAS is acknowledging the fact that the role of religion or belief is so important that it cannot be ignored in the external relations of the Union.

Dennis de Jong emphasized in his address that religion or belief determines one’s outlook on life. This is not only true for people that adhere to a specific religion, but also for humanists and atheists. That is the reason why the FoRB Intergroup focuses on the freedom of all kind of convictions, religious or not.

EU HAS TO LEAD BY EXAMPLE

The focus of the Intergroup and the Special Envoy is the situation on religious freedom in third countries, outside the European Union.

During the presentation of the report, Vice-President McGuinness drew attention to the fact that Europe has to show a good example internally: “We need to have an impeccable record in our own backyard. The Intergroup and the Parliament has often raised the issue of blasphemy and non-conversion laws, through debates and resolutions. In some countries conversion can lead to death penalty. But some of the most problematic countries like Pakistan and Saudi Arabia have referred to the existence of such laws in the EU member states. While it is true that ‘blasphemy laws’ inside the European Union have little practical effect due to our strong protection of fundamental freedoms, we could be more credible in our advocacy if we removed them. I note that Denmark has repealed its blasphemy laws and Ireland held a referendum this year in order to remove the relevant provision in the Irish constitution”. 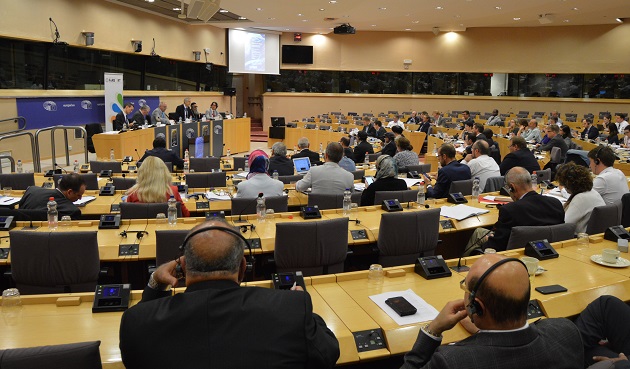 When Mairead McGuinness was appointed vice-president in 2017, she was also entrusted with the so-called ‘article 17’ dialogue – the talks between the European Union and the religious and non-confessional organisations. In this function she is convinced that these groups can play an important role in the promotion of religious freedom, both inside as outside the EU.

THE CASE OF COPTIC MONKS IN EGYPT

The whole political and academic discussion concerning FoRB and the European Union may sound rather technical and theoretic. For that reason, at the launch of the annual report, the organisers of the meeting also invited someone with practical experience in the field.

Father Paulus El Ryany is a Coptic monk from Egypt who was in charge of the infrastructure of a monastery housing 300 monks. His horrifying story started several years ago when he applied for permission to renovate the monastery. 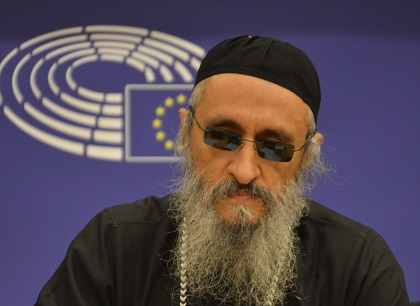 Since the buildings are registered at the Egyptian Antiquities Agency, no changes could be made to the monastery without official consent. But when a request was filed, things went terribly wrong. Permission was not granted and another building project was started near to the monastery. Officials told the monks they had to move, because it was ‘necessary’ to construct a new road right through their property.

“At that time we tried to speak with the officials to negotiate with them, but unfortunately they would not listen to us and they threatened us: unless we vacated the building we would be subject to abduction and we would have to pay very high bills and fines. We told we were monks and no criminals and asked why we were treated that way. I spoke with the other monks and we decided not to move, even if we had to die – that would be martyrdom”.

The threats of the security forces were not rhetorical. In spite of the fact that there were enough better alternatives, even less costly, the government insisted that the monastery would be vacated. Father El Ajani was arrested, beaten by sticks, psychologically pressurized, locked up an in isolation cell. “I think their aim was not the construction of the road but the destruction of the monastery”, he explained.

After a long struggle and a stay of more than one year in prison, the Coptic monk fled Egypt and found asylum in Italy, where he lives in exile now. Ironically, the road was never finished.

It is hard to find a better example why the European Union should continue its efforts to claim a fair treatment for all believers and non-believers in the world. After all, Egypt is not the worst place in the world as it comes to religious freedom; in other countries the situation is worse.

The Intergroup will therefore continue its work, in accordance with the request of vice-president McGuinness: “The freedom of every person to express and live out their religious beliefs or indeed to have none is one that goes to the heart of our identity and dignity as persons. We must do whatever is in our power to cherish, defend and promote this freedom and I urge you to keep up the good work despite the obstacles”.

Published in: Evangelical Focus - europe - The EU sees signs of hope in its external action to promote Freedom of Religion or Belief