“We need a civil public square that provides space for a wide variety of voices, including the voice of Christians”

“After the European election, we will work hard to identify the MEPs who have a heart for human dignity, human rights, and Freedom of Religion or Belief”, says the European Evangelical Alliance Brussels officer Arie de Pater. 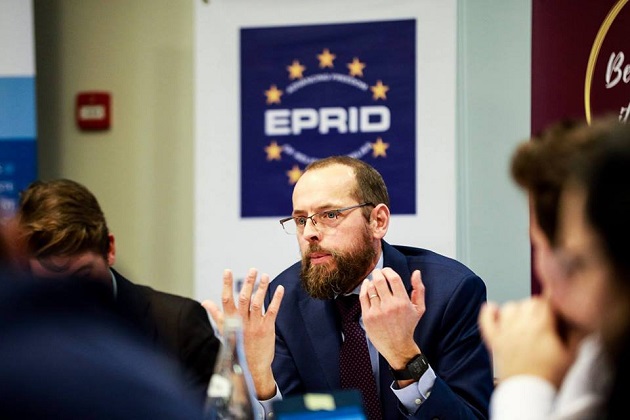 What are the challenges ahead for evangelical Christians in the European socio-political context?

As the European Evangelical Alliance (EEA) celebrates 25 years of presence in Brussels, Evangelical Focus asked Arie de Pater about his role and the hot issues coming up in the next months and years.

“There is a growing tendency to do politics by one-liners, presenting overtly simplified solutions for the complex issues of our time”, he says.

Question. You have been the Brussels officer of the EEA for one year now. What has been the main challenge and the main encouragement?

Answer. Taking over responsibilities from a respected colleague who has been in office for about a decade is by no means an easy task. There is so much going on in Europe and in the European Institutions and there are so many opportunities to represent the Evangelical Alliance.

It is an ongoing challenge to get my priorities right. At the same time, this is also an illustration of the openness to listen to us and to learn more about the Evangelical community across the European continent. To represent this community in Brussels is a huge privilege but also quite a responsibility. 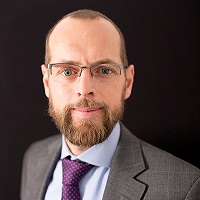 Q. The European elections in May will come in a key moment for Europe. What are some scenarios that could happen with the new Parliament? Do you think the idea of a united Europe will be strengthened or weakened after the vote?

A. In several EU Member States, we have seen an increase in diversity and a movement to more outspoken political positions. This is undermining the will and opportunity to find compromise solutions to the complex challenges Europe is facing.

The elected representatives of the political parties in our own country will join like-minded Members of the European Parliament and form political groups. So far, the Christian Democrats and the Socialists have been the largest groups, providing some long-term stability. The political layout of the new Parliament could be much more diverse, divided and acrimonious. This could seriously hamper all political processes in the European Union.

Q. Will the EEA try to encourage Christians to vote wisely in the European election?

A. Sure! The European Elections are way too important to be neglected. This is the opportunity to share your thoughts and have your say about the future of the European Union. Let’s face it, there is a growing tendency to do politics by one-liners, presenting overtly simplified solutions for the complex issues of our time. That’s why we encourage people to look beyond these quick fixes and take some time to pray and to read some political party manifestos. What kind of society would these manifestos produce? What about minorities, the sick, or otherwise vulnerable people? Would you and your neighbours feel comfortable in such a society? Don’t forget that the new Parliament will have significant power to shape Europe for the next five years.

Q. Tell us a bit about the Issachar papers. Why did you produce them?

A. As I mentioned before, the political landscape across Europe, but even in our own countries, is getting more and more diverse and divided. Some politicians capitalise on feelings of fear and resentment and they often dominate the debate. You are either for or against them. And of course, this affects us Christians as well! It is so easy to buy in to the rhetoric, and it can easily divide families and churches.

We wanted to give people some tools to reflect on the situation and the current political landscape and tendencies in our societies and vote wisely. We don’t tell people whom to vote for but we encourage them to read the political programmes in light of the Bible.

Q. On a socio-political level, what issues or themes should be top priorities of the action of the EEA in Brussels in the next months and years?

A. Freedom of Religion or Belief is a long-standing priority for the Brussels office and rightly so, I’d say. In the current Parliament, there is a formal group of Members of European Parliament working on this topic and it would be great if we could have such a formal group in the next Parliament as well.

Freedom of Expression is closely linked to Freedom of Religion or Belief and we will continue to actively engage the debate there as well. We need a civil public square that provides space for a wide variety of voices, including the voice of Christians. We will continue to defend human dignity and contribute to relevant debates.

Over the last few years, we have been involved in the debate about refugees and migration and especially the most vulnerable groups among these new arrivals, including converts and apostates. Those who need protection should be able to find that in Europe.

Q. Are you in touch with committed Christian MEPs? How do you support them in their work?

A. Of course there are committed Christian MEPs and staff members and it is a pleasure to work with them. We do our utmost to provide them with relevant information that will help them in their preparations for debates.

After the elections, about half of the MEPs will be new in Brussels, and we will work hard to get to know them and to identify those who have a heart for human dignity, human rights, and Freedom of Religion or Belief.

Q. Thinking of religious freedom and the respect for minorities in Europe in the last months, what developments should be highlighted, and what do they tell us about the future?

A. As a Christian, there is no reason to despair but I cannot say that I am always that positive about recent developments in our societies. People increasingly live in their own bubble or echo chamber and the interest in a genuine debate with those of ‘the other side of the divide’ is declining if not absent.

This is true for Christians as well. Many are growing timid rather than salt and light for our societies. At the same time, and possibly linked to that, respect for minorities and their opinions is declining. The winner takes it all. That mentality is undermining our democracies. That’s why the European elections are so important.

As Christians, we are called to work for the common good and that has not changed. Let’s be faithful in prayer and in serving our nations, starting in our own neighbourhood.

Q. What are some key synergies and collaborations of the Brussels office that can lead to good outcomes?

A. The EEA is not the only Christian organisation present in Brussels and we are working closely with many of them. But there are other opportunities for collaboration as well. In the European Platform against Religious Intolerance and Discrimination (EPRID) we have been working closely with other faith groups.

Further, there is a lot of knowledge available among our members across Europe. They can provide us with research and expertise that will also help to speak into the debate in a way that is respected and appreciated.

Q. The EEA tries to encourage Christians to think biblically about politics. Are you achieving this?

A. I hope that the outcome of the next European elections will show we do. But we cannot do so without the active contribution of our members and networks across Europe.

Q. In what ways can Christians be a light in Europe, in the next few years?

A. We are all called to be salt and light, starting in our own families and our own cities. Because Europe is not just Brussels, it is all of us. Be the change you want to see! And I call on all Christians to pray for those in authority, including MEPs and the European Institutions. Pray for strength and wisdom to serve our nations and to glorify God. May the favour of our Lord be upon them.

Published in: Evangelical Focus - europe - “We need a civil public square that provides space for a wide variety of voices, including the voice of Christians”