The celebrations in Brussels included a roundtable on integration of Muslims in Europe and finished with a thanksgiving service at the Chapel of Europe. 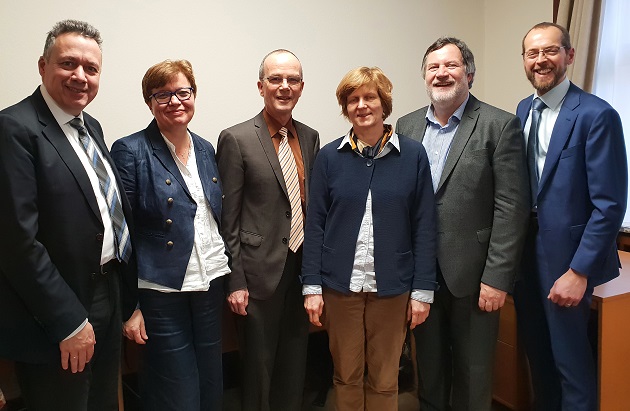 This month, the European Evangelical Alliance (EEA) celebrates the 25th anniversary of its Brussels office.

The mission of the EEA is to represent Europe’s 23 million Evangelicals from 33 countries to the European Union.

The celebrations in Brussels on 16th January started with a roundtable on integration of Muslims in Europe.

Main speakers were Christine Schirrmacher (Islamic Studies at the University of Bonn/Germany and the Evangelical Theological Faculty Leuven/Belgium) and Peter Adams (St Marys Centre for Peace and Reconciliation Luton, UK).

In a first session, Professor Schirrmacher emphasised that we cannot understand Islam in Europe without the context of Islam in Saudi Arabia and in the Middle East.

“Christians can play an important role as a kind of mediators between Muslims and politicians”, she said. Christians and committed Muslims share the desire to live according to ethical values derived from their faiths, and know what it is to be “in the world but not of it”. Secular Europe struggles more and more to understand this. Christians can also share their ethical values with Muslims and learn from them about what their faith means to them, as both live in a secular context in Europe, not in a religious one. 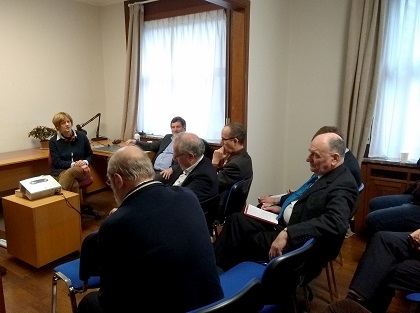 In the second session, Peter Adams shared from his experience in Luton, UK, working with the Muslim community and groups like the English Defence League and Britain First. Over the years, Adams has developed strong working relationships with Muslims in Luton. Together, they have been working for the common good. He illustrated his work with several examples. Adams reminded the audience of the command to ‘love your neighbour as yourself.’ “Of course you can ask why the Muslims do not integrate”, he said. He challenged us to turn that question around and ask: “Why haven’t I invited them in?” Our welcome allows a reprocessing of difficulties, of rejection of past generations. A good welcome enables a sense of belonging. A young mum, verbally abused and intimidated by the far right responded very warmly to Christians reaching out to her following that abuse, and later joined a group of Muslims expressing deep sadness to churches after an Islamic extremist terror attack. 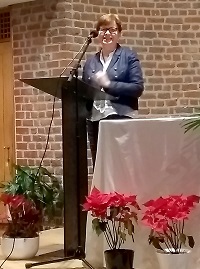 The celebrations then continued with a service of thanksgiving for the past 25 years at the Chapel of Europe. Round table guests were joined by Brussels related friends of the EEA, both present and past. The evening concluded with a joyful reception.

PLANS FOR THE FUTURE

Good relations with people working in the European Institutions and with like-minded organisations have been very important in the past 25 years. The EEA will continue to maintain and build these friendly and constructive relations.

The EEA will continue its work in defending and promoting freedom of thought, conscience, and religion. This important human right is closely linked with freedom of expression. We will continue to advocate for a civil public square with a place for a wide variety of voices, including the Evangelical one.

In the run up to the European Elections in May, the EEA will work with its national member organisations in mobilising Evangelicals across Europe. The EEA challenges its constituency to engage European politics and to look beyond the easy sound bites.

THE EEA AND ITS BRUSSELS OFFICE

In 1994, the EEA appointed Julia Doxat-Purser to set up the Brussels office and to engage European circles. This decision was the outcome of a thorough internal discussion about how the Evangelical community should relate to what was then the European Community.

Among the priorities of the EEA’s socio-political programme and therefore the Brussels office are Freedom of Religion or Belief and Freedom of Expression for all, human dignity and the sanctity of life. The socio-political programme encourages the 23 Million Evangelicals across Europe to constructively engage politics and to work for the common good.