Interior Minister Matteo Salvini accepted the proposal of the Federation of Evangelical Churches in Italy and the Waldensian Church. 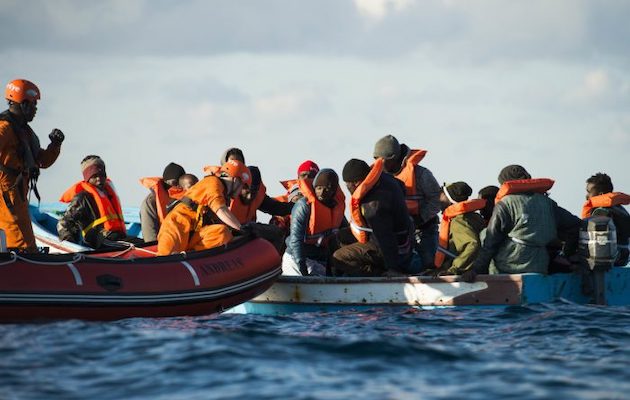 After almost 20 days blocked in two rescue boats, the Prime Minister of Malta, Joseph Muscat, authorized the transfer of the 49 migrants rescued by German NGOs at the end of December in the Mediterranean, to a boat of the Maltese army, so that they can start their asylum process in other countries.

“The 32 aboard the Sea-Watch 3 and the 17 from Professor Albrecht Penck will go to the eight states that have agreed to host them: Germany, France, Portugal, Ireland, Romania , Luxembourg, Holland and Italy", Euronews reported.

10 GO TO ITALY, ALL COSTS PAID BY EVANGELICAL FEDERATION

The 10 migrants who will arrive in Italy, a country that keeps its ports closed to ships that rescue migrants in the Mediterranean, will be welcomed thanks to the availability expressed by the Federation of Evangelical Churches in Italy (Fcei in Italian) and the Valdese Church (Waldensians) to the Ministry of the Interior.

Matteo Salvini accepted the offer, making it clear that no public funds will be allocated for this operation.

“This means that the reception will be totally borne by Diacononía Valdese through the funds of the Union of the Methodist and Waldensian churches, as well as donations from the Fcei. Therefore, there will be no contribution from the State”, said Federica Brizi, member of the Fcei "Mediterranean Hope" refugee and migrant program, during an interview with Radio Beckwith Evangelica.

These people (probably families with children) will begin a new path in Italy, under the tutelage of Fcei and Diaconia. “The first step will be to make them feel they are in a safe place, give them time to process this change and assure them that they will be accompanied in the legal and integration processes”, Brizi pointed out.

Meanwhile, Professor Paolo Naso, coordinator of “Mediterranean Hope”, declared that Fcei was the first to denounce the unsustainable living conditions of the rescued migrants.

“In a statement, we officially expressed our availability to welcome the people on board. It was a gesture of collaboration sent to the Italian government, seeking to guarantee an adequate and respectful human rights solution”, Naso explained.

Two days later, they “reiterate our willingness with a new statement, and in the meantime the Vice-president of the Federation, Christiane Groeben, had the possibility of visiting people on board the Sea Watch accompanying a delegation of German parliamentarians”.

“She was able to observe in person what was happening. What she saw and then transmitted came to reinforce the conviction of contacting the government to formally confirm the intention of the statements sent. The determination we showed has perhaps convinced our institutions”, Naso declared.

Pastor Luca Negro, President of Fcei, said that some of the refugees will go to Sicily, where the Federation has its headquarters and others will be housed in structures of the Diaconia. “We have not yet decided the precise place because before transferring them we want to know the people and understand their needs”, he explained.

In mid-2018, the Council of the Federation of Evangelical Churches in Italy approved its “Manifesto per l'accoglienza”. During the presentation, pastor Negro said: "Although today it is unpopular to say it, we affirm that evangelicals are in favor of the reception of migrants and refugees, of the protection of the life of those fleeing war and persecutions crossing the Mediterranean, in favor of integration.

“We do it with a simple tool like this manifesto, that we hope can be posted at the door of every evangelical church”, he added.

In an interview with the online publication SIR (Religious Information Service), the President of Fcei pointed out that “the churches are trying to tell Europe that values like solidarity and love for foreigners are essential for our European culture”.

“It is useless to boast about the Christian roots of our continent if they later reject human beings. This Christmas, I have seen the strong contrast between the Christian rhetoric of the manger and the reality of migrants in the sea. For us Christians, the foreigner is the Christ who knocks at our door. The reference is Matthew 25 - I was a stranger and you invited me in”, he said.

For the Federation of Evangelical Churches in Italy the reception of migrants is not a new issue. Since its establishment in 1967, it has been one of the pillars of its testimony.

“Mediterranean Hope”, the most recent project on migration devised by Fcei, was born in the first months of 2014, before the drama of Mediterranean immigration that flows from North Africa, sub-Saharan Africa and the Middle East and involves the Italian coasts and particularly the island of Lampedusa.

“Being aware of the need for European solidarity in terms of reception and asylum policies, the Mediterranean Hope project encourages European Protestant churches to promote awareness-raising activities, so that in all the member states of the Union, public opinion and politicians understand the humanitarian relevance of the problem and prepare adequate protection measures”, Fcei states on its website.

Additionally, “the possibility for asylum-seekers to move freely in the European area is the key element of this strategy”, it adds.

Published in: Evangelical Focus - europe - Italian evangelical churches host 10 of the refugees who disembarked in Malta