The body representing 23 million evangelical Christians reacts to the imprisonment of a Danish Jehovah Witness. 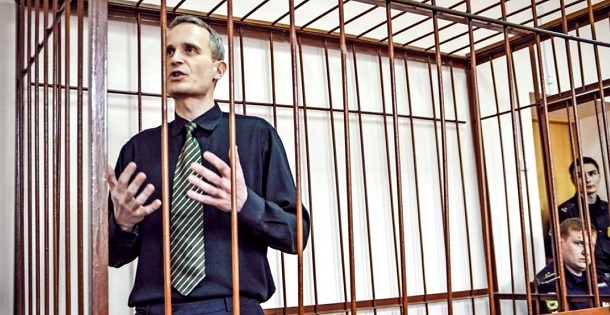 The European Evangelical Alliance expressed a “deep concern about the deterioration of Freedom of Religion or Belief in the Russian Federation”.

The EEA responded to the news of the verdict of the Oryol court (Russia), declaring Danish Citizen Dennis Christensen guilty of “the organization of extremist activity”. He has been sentenced to 6 years in prison.

“To the best of our knowledge, Mr Christensen has been convicted for the peaceful manifestation of his faith as a Jehovah Witness. Therefore, we cannot but conclude that the verdict of the Oryol court is a violation of Mr Christensen’s right to Freedom of Religion or Belief”, the EEA says in a statement.

“We call on all Russian authorities to respect and fully implement its Constitution and international human rights obligations”. Precedents of pressure on faith minorities such as “the Yarovoy-Ozerova act, the decision of the Supreme Court of the Russian Federation banning Jehovah Witnesses” are also denounced.

The body representing 23 million evangelical Christians in Europe reiterated its “full support for all religious leaders, politicians, and human rights activists defending and promoting Freedom of Religion or Belief for all”.

The EEA “calls on all Christians, both in Russia and elsewhere in the world, to pray for all authorities across the Russian Federation to rule in justice and peace so that all people of good will ‘may live peaceful and quiet lives in all godliness and holiness’ (1 Timothy 2:2, NIVUK)”.