“Francis is open to all, evangelicals are only one piece in his vision”

Italian Vatican expert Leonardo de Chirico looks back to the first 2 years of Pope Francis: “His popularity is more of a social media phenomenon than a real one”. 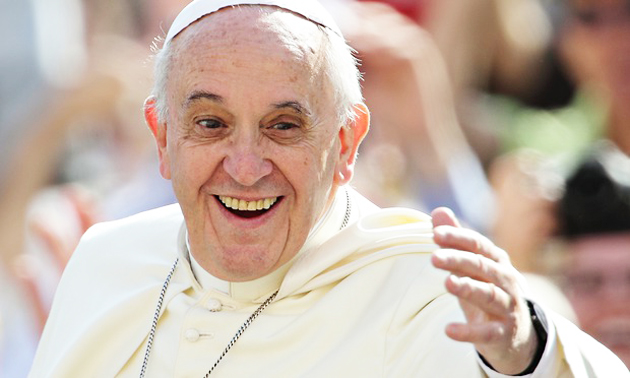 It is only two years ago that the ‘fumata bianca’ in Vatican city announced a new Pope. Surprisingly, the leadership of the Roman Catholic Church was put in the hands of Argentinian Jorge María Bergoglio. Since then, many things have changed.

Francis has become an icon, a “celebrity”, as Italian Vatican expert Leonardo de Chirico describes him. In a short time, the new Pope has shown a very personal style which has given him a high profile in international media, as well as praise from almost everyone.

What has changed in these 24 months? Was has stayed the same? And how should evangelical Christians interact with Catholicism now? 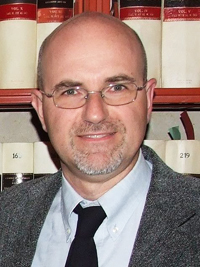 Leonardo de Chirico is a pastor in Rome and member of the board of the Italian Evangelical Alliance. He analysed for us some of the keys which define Francis’ papacy so far.

Question. Francis seems to have gained praise from almost everyone, including left-wing thinkers, LGBT movements and international media. Why this instantaneous success?

Answer. Many indicators speak of a successful Pope in terms of audience and popularity, especially outside the Catholic Church, where normally Popes hardly gain the status of a celebrity. Francis broke some language and symbolic codes that made previous Popes remote and unapproachable figures.

Francis is perceived as a transparent, down-to-earth, one-of-us type of person. His breaking of codes makes many Catholics uncomfortable. This is perhaps one of the reasons why recent polls show that in spite of such popularity, Catholic practice in the West hasn’t really improved in terms of attendance and obedience to the Catholic Church.

Q. Some evangelicals in Europe probably think: “I like this Pope, he is humble, has his feet on the ground, talks a lot about Jesus …” Do you think there is a need to make a distinction between the person (Jorge Maria Bergoglio) and the institution he represents (papacy)?

A. Bergoglio knows the language that evangelicals use (e.g. “conversion”, “mission”, “personal relationship with Jesus”). He appears to be near but one has to understand what he means by using these words. I don’t think we mean the same things.

Moreover, I wonder how he can be near to evangelicals given his published opinion (and never recanted) about Luther and Calvin having destroyed man, poisoned society, and ruined the church! I found it difficult to have sympathy for that! Then for sure he also represents an institution that grew outside biblical standards and he has not been reforming it according to the Gospel yet.

Q. Looking at Europe, do you think the Catholic Church is still in time to stop the loss of believers and even see young people come back to mass?

A. The progressive erosion of the number of practicing Catholics is still going on even under Francis. His popularity is more of a social media phenomenon than a real one.

Some sectors within the Catholic Church think that some “liberal” measures like admitting to the Eucharist those who are divorced or those who live in gay relationships will cause them to go back to the fold. The example of dying Protestant liberal churches which already provided for it should tell them that this is not the way to refill the churches of people. It’s the quickest way to empty them.

Q. But he has also been very clear and outspoken on internal issues, like sexual child abuse. Why has there been so much silence about this topic in the past?

A. The basic idea was that the institutional church needed to be protected from outsiders’ scrutiny. All nasty things were therefore covered up.

This defensive attitude goes back to the fierce battle that the Catholic Church fought against the Enlightenment and the Revolutionary thought of XIX century. The late Benedict XVI began to introduce measures of transparency as far as the sexual abuses are concerned and Francis followed the same direction.

Q. Have there been important doctrinal changes since Francis is in charge? What are his main theological ideas?

A. Francis is not a professional theologian. I think he is influenced by two main sources, i.e. present-day Jesuit theology and his Latin American context.

When he argues that everyone is ok if one follows his conscience, he is building on and popularizing Karl Rahner’s views about “anonymous Christianity”. According to Rahner (1904-1984) we are Christians because we are humans.

Similarly, Francis locates grace in our humanity. Or think of Jesuit Jacques Dupuis (1923-2004) who looked for a way to combine salvation in Christ and universal salvation in inter-religious dialogue. When Francis speaks of universal brotherhood or universal mercy, he is popularizing this kind of theology.

Then his Latin American theological background is evident in his deeply felt Mariology – which has many folk spirituality attachments – and his “theology of the people” which is keen on making the people’s concerns and aspirations central, without asking whether or not they are biblically warranted. 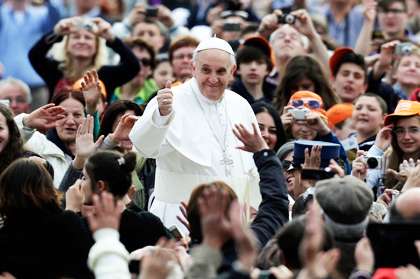 Q. You talked in one of your articles published at Evangelical Focus about the big devotion Francis has to Mary, calling her “Holy Mother of the Church”. How is this exaltation of Mary a problem in a biblical view of Christianity?

A. With all due respect for the Church Fathers, the great teachers and pastors of the early church, Marianism is one of the negative legacies of Patristic Christianity. It started to attribute to Mary what the Bible ascribes to Jesus.

By applying syllogistic thinking, what could be said of Jesus, could also be said of Mary. In this way nearly all the Christological titles have also become Mariological ones. Then Mariology became a doctrine which developed significantly in its own terms, outside of biblical standards.

The recent Mariological dogmas, i.e. her immaculate conception (1854) and bodily assumption (1950), are children of this kind of development. Francis is totally at home with this Mariological framework and is a strong Marian devotee, especially of Our Lady of Aparecida in Brazil. His first act as Pope was to pay tribute to the icon of Mary Salus Populi Romani, Mary, salvation of the Roman people.

Q. What does Pope Francis think about evangelical Christians? For instance, are evangelicals saved if we believe in Jesus Christ? Are we still “cults”…?

A. Apart from his criticism of Luther and Calvin, Francis seems to have a high view of evangelicals. He recently mentioned the ability of evangelical preachers to relate to the biblical text in a helpful way.

He seems to like the less-liturgical forms of charismatic spirituality. He seems to use a language that emphasises the “personal” element of the Christian faith. In his recent interview with a Mexican journalist he clearly distinguished between evangelicals who are serious Christians and prosperity gospel groups which he named as “sects”.

Q. Finally, the Pope looks open to dialogue with other confessions, and this includes evangelicals. How should we react to it? Should we take steps to get closer to the Vatican, as some suggest? Are there social issues in which Catholics and evangelicals could be “co-belligerent”?

A. Francis is open to all, be they Christians or non-Christians, religious or secular people. Evangelicals are just one piece in his vision. What he has in mind is a unity like a polyhedron: different ways to relate to the Catholic Church, but all connected to her maintaining central stage.

I think dialogue is important in the awareness though that the Catholic Church is not just like any other Christian denomination. It has at its centre a political state, the Vatican; it still has an “imperial” structure with global claims and financial power; it has dogmas which are not based on the Bible alone; it legitimises practices embedded in idolatry.

This applies to the Church as an institution and not to all individual Catholics, of course. As for being co-belligerent, yes, on single issues and topics we should be open to work with anyone who is interested in supporting them.

You can read more of Leonardo de Chirico’s opinions in his blog at Evangelical Focus.

LISTEN TO LEONARDO DE CHIRICO IN THIS AUDIO INTERVIEW:

Published in: Evangelical Focus - europe - “Francis is open to all, evangelicals are only one piece in his vision”