Most countries vote on Sunday, but Britons, Dutch, Czech, Irish and Latvians did so earlier. Evangelicals called to “vote prayerfully and responsibly”. 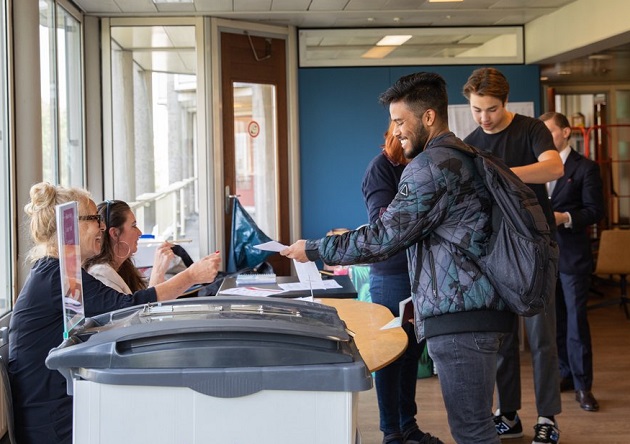 Citizens from 28 countries are voting between Thursday 23 and Sunday 26 May in the European Parliament elections.

The new parliament will decide the direction of the continent in a growingly polarised context where pro-European Union and Europhobe movements will measure their real popular support.

Complex issues such as Brexit, the rise of nationalism, the tensions with Russia, the migrant and refugee crisis, and the environmental crisis, have been addressed by the candidates in the last weeks.

But voters will also decide about the values that should shape the future of Europe in social areas like family, education, the workplace, and technology. Human rights, including religious freedom and freedom of conscience are also an important part of the conversation.

The United Kingdom voted on Thursday, and polls suggested the Brexit Party could win, although pro-EU parties would represent the highest percentage of vote. The day after, on Friday, Theresa May announced her resignation as Prime Mininster.

Dutch citizens also voted on Thursday, and polls suggested the Labour Party could have won.

On Friday, Ireland and the Czech Republic voted. Slovakia and Latvia will vote on Saturday 25 and citizens of the other 22 countries will vote on Sunday. In some countries, the European election will coincide with regional or local elections.

The results of every country and the distribution of the more than 700 seats will be announced after the polling stations close across Europe.

One of the keys to interpret the interest and engagement of European citizens will be to see how high or low the turnout will be.

The European Evangelical Alliance called Christians to participate in the election. “If you want to have a say in how the European Union and our societies will look like in five years’ time, we encourage you to cast your vote prayerfully and responsibly”, said the body representing 23 million evangelical Christians.

“Across Europe, fear, division and even anger are common, truth is often getting lost or ignored in the noise”, an article of the EEA published on Evangelical Focus read. But “our identity in Christ gives us a firm foundation for mutual respect, collaboration and the possibility of softening our opinions. We know that, when we pray in humility, repentance and unity for our nations, we can be confident that the Lord listens and will heal (2 Chronicles 7: 14). And when we consider socio-political matters with those who are different to us, it becomes much easier to find a truly biblical perspective on what is important”.

The evangelical body also shared prayer points and offered a guide with questions based on Christian values which may help undecided believers choose their representatives in the EU.