Prayer and preaching to counter the impact of Mafia in Italy

Despite the decline of crimes, these organisations still are very influential in Southern Italy. Christians should “face Mafia with the Biblical responsibility that it deserves”, says Giuseppe Rizza of the Italian Evangelical Alliance. 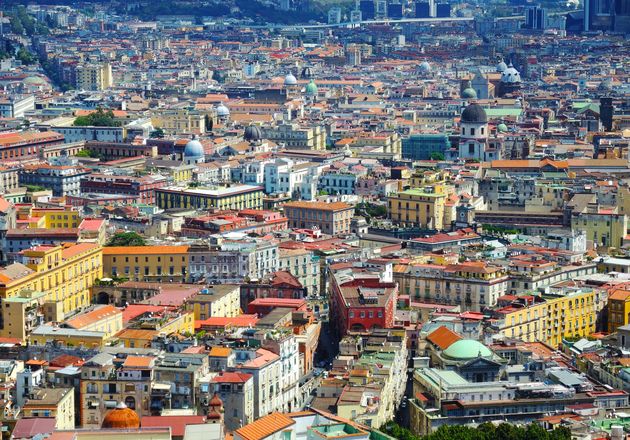 On May 3, there was a shooting in a central square of the Italian city of Naples. It was a Mafia attack against a man related to the Camorra clan. However, some of the bullets hit a 4-year-old girl who was in the area.

According to the National Institute of Statistics of Italy (Istat), between 1983 and 2017, 6,663 crimes related to Mafia organisations have been registered in the different regions of Italy This represents 22% of the total crimes committed nationwide.

“Official data from the Italian Government show that, in recent years, there has been a decrease (around 30 cases each year) of the homicides recognized as ‘Mafiosi’, but it is much more difficult to quantify all the other crimes related to the Mafia”, Giuseppe Rizza, Italian Evangelical Alliance (AEI) Coordinator for the Northern district, told Spanish news website Protestante Digital.

According to the World Bank, “underground economy in Italy is equal to 23% of GDP, and it rises to 30% in the South”, Rizza adds.

But, beyond its influence on the economy and security, the impact of these underground organisations remains rooted in the collective imagination.

“Friends of Sicily tell me everyday experiences which show that the Mafia is very alive and dominates different areas of society and political power”, explains Italian-based journalist Verónica Rossato.

A source from Sicily who has preferred to preserve its anonymity for security reasons told Protestante Digital that “the Mafia mentality affects the population and people have a corrupted mentality; if you ask me for a favor today, tomorrow I'll ask you for another one".

“We know that the Mafia intervenes in comercial problems between families. The Mafia does not allow freedom of movement and management of people”, adds another anonymous voice from Sicily.

Sicily is a region where the so- called ‘Cosa Nostra’ has traditionally had a strong influence. It is the second with more crimes related to the Mafia (1,699), according to the Istat.

A HISTORICAL DEMONSTRATION OF POWER

The history of the main Mafia organizations in Italy goes back to the nineteenth century. The ‘Cosa Nostra’, in Sicily, and the ‘Ndrangheta’  in Calabria (the third Italian region with the highest number of organized crime homicides. 1,316 in thirty years).

Meanwhile, the ‘Camorra’, originally from the area of Campania, where there have been 3,028 Mafia murders between 1983 and 2017, started in the sixteenth century or earlier.

“The meaning of Mafia has changed over the years. Prof. Gambetta, an Oxford scholar who has studied extensively the Mafia, says that, originally, the Mafia was a perverse response to a rapid social and economic transition in the early 19th century, when there was a new demand for protection and security in Sicily”, Rizza pointes out.

“Security provided by the state was very scarce and banditry was widespread, so that a group of desperate people, soldiers from the Bourbon army, unemployed men who used to work for the feudal lords, met the rising demand of protection”. 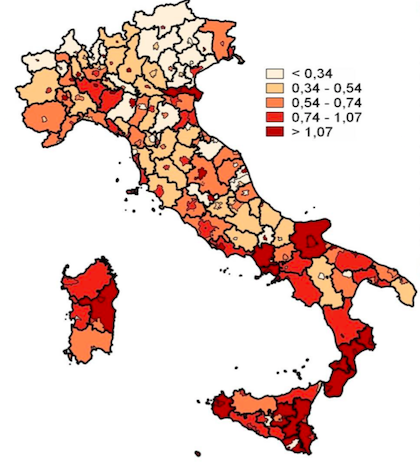 However, “today Mafia is used to define organised crime. Despite its evolution in time and its structural and operational changes, Mafia groups share an ability to expand and infiltrate global economies whilst remaining rooted within their local territory”, says Rizza.

“Corruption, the relationship between politics and crime, and the infiltration of white-collar crime into strategic levels, are the framework of a ‘grey zone’ where enablers, facilitators, and sponsors flourish. 'Mafiosi' are men wielding power through the systematic use of violence”, the Italian Evangelical Alliance member explains.

In the Sicilian daily life, Mafia still means “control over the authorities”, believes one of the anonymous voices. “If the neighbors complain because the owners of a bar leave the garbage in the street instead of taking it to the container, the police arrives, takes a free coffee and everything is fine. Many procedures are delayed or not resolved, if the Mafia determines it”.

The South of Italy “is home to many gangsters who are never judged because they are just a means of justice and a resource that the population still uses. The population does not complain, does not denounce. The Mafia grows in silence, and it is always there”, he added.

The social routine of the territories and the control over power, give organised crime organisations a series of possibilities that are difficult to find anywhere else in a context of recession and unemployment.

That is why young people in Southern Italy continue to consider the Mafia as an option, according to one of the anonymous voices from Sicily. “Young people, seeing that they can have a good economic level and an important social position, go to them to become part of it. They start selling drugs, doing favors, being messengers, and end up involved. It is an option to have a future, and that's extremely negative”.

This atmosphere also affects education, because “school children have doubts. People are always scared and do not want to talk about it. Because of the Mafia, the communities do not have freedom of expression or choice. They always have to be aware of that eye that observes them”.

“The Mafia generates suffering and stress in many ways. Its presence has negatively affected social and economic development in Italy for more than 150 years”, warns Rizza.

According to him, “it is also a toxic and lethal factor, which provides a perverse social identity and a sense of belonging that may be particularly appealing to youth that confronts high levels of job insecurity, unemployment, and poverty”.

“Mafia exerts a social control that ensures protection, while imposing the respect of its rules. It is a terrible bargain, because the standard social behavior is based on omertà. This law of silence requires the loyalty, obedience, and silence of affiliates and normal citizens”, says Rizza. 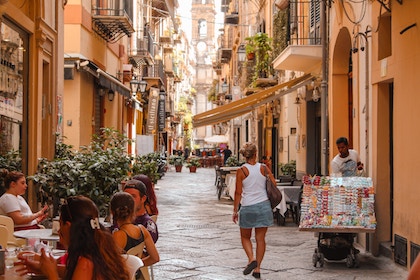 PRAYER AND PREACHING TO FIGHT MAFIA

In general, Italian evangelical Christians seem to agree that there is no road map marked to fight against this issue, but they also recognise that churches cannot avoid and ignore this reality.

“Recently a bomb exploded next to a church because two wives of gangsters were attending the service”, explains one of the sources from Sicily.

All the people interviewed agree that prayer, evangelism, fasting and preaching are the tools that must be used to establish relationships with victims and members of the Mafia.

“Doing something in the public sphere is a risk of closing a door even before it is open. If one is going to make a public exhibition of evangelism, people will probably close the doors out of fear”, he explained.

Therefore, “we must appeal to personal evangelism, pray and trust in the work that the Holy Spirit does in these people".

“Let us work with weak families and young people at risk, let us bring the church in a critical area of the town, let us pray for one mafioso at a time, and the time will come when the mafia will no longer exist”, Rizza demmanded.

“FACE THE PROBLEM WITH BIBLICAL RESPONSIBILITY”

However, the Italian Evangelical Alliance representative acknowledges that “what is perhaps missing is the commitment to face the Mafia with the Biblical, theological and operational attention and responsibility that it deserves. I think it may be possible. After all, this is the south of Italy, with a significant presence of evangelical churches”.

Rizza stresses that “someone citzens started to oppose the Mafia in a solitary way, and after a few years this kind of protest was followed by civil society organisations throughout the country, which have declared their opposition to the Mafia. This process is producing a slow but promising increase in the level of moral concern in our society”.

WHAT ABOUT THE CATHOLIC CHURCH?

“At first glance, it seems illogical to relate a faith based on love with bloody organizations, but Mafia, in general, treats the Catholic symbols and practices with special care, from the rite of baptism to the funeral”, Antonio Esposito said in an article published in the digital legal journal Ius in itinere, in December 2018.

“Mafia groups continually seek legitimacy and a belonging to the culture of the place that lead to the participation in rituals and religious ceremonies”, he wrote.

Rizza agrees and warns that “Mafia tries to steal symbols, beliefs, and pseudo-values where it can”.

Furthermore, “with its rich collection of rituals and sacred ceremonies, the Catholic religion offers to the ‘men of honor’ certainties and identification models”.

Nevertheless, Rizza also recalls the 1994 statement of the Sicilian Episcopal Conference, which clarifies “the incurable opposition of the Gospel of Jesus Christ to all those who, in any way, are deliberately part of the Mafia, or adhere to it, or put acts of connivance with it”.

“This statement has been reiterated a few times, but doubts persist at the local level and the process still seems long and problematic”, he concludes.

Published in: Evangelical Focus - europe - Prayer and preaching to counter the impact of Mafia in Italy