“Change the Story” of Human Trafficking

Experts, activists and representatives of 90 organisations met in Pescara (Italy) for the fifth European Freedom Network Bridge conference. The platform is led by Christians. 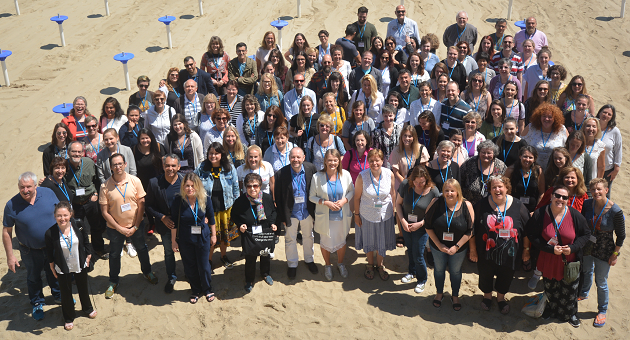 Participants of the 2019 Bridge conference of the European Freedom Network, in Pescara, Italy. / Photo: EFN

The European Freedom Network (EFN) held their 5th Bridge conference on 20-24 May, 2019 in Pescara (Italy). Over 160 delegates from the anti-trafficking sector participated from 90 organisations and 20 nations.

As part of EFN’s strategy for moving forward, Leanne Rhodes was announced as the Executive Director. “EFN aims to be an authoritative voice on human trafficking and commercial exploitation.  We have over 250 organisations working together in this sector and we want to contribute to the narrative and policy decisions of anti-human trafficking work today on both national and European levels” said Rhodes.

The event’s name “Change the Story” was carefully chosen and designed to take delegates on a journey, focusing each day on a different aspect of trafficking in persons. From current trends, through to the story of victims and perpetrators, the role of advocacy and ending off with the changing face of aftercare. 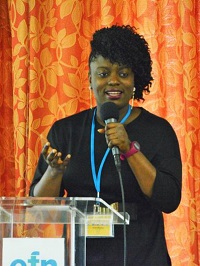 Sarah Adeyinka, a PhD researcher at Ghent University, kept partners glued to their seats sharing about some of the work she has been involved with, giving accounts of what refugees and asylum seekers encountered, and launched day 2 -“The story of victims”.

Bridge attendees then, also received valuable insights into the cultural similarities and differences within the Roma community from Pastor Miki Kamberovic, one of the six key leaders of the Roma Network. Along with gaining a greater understanding into the Roma culture, there were also opportunities to learn about cultural differences between Eastern Europe & Western Europe and delegates were left with food for thought on how best to work with beneficiaries from these two very different cultures.

Bridge attendees were blessed to hear from Ruth Nordström, President and Senior Legal Counsel of Scandinavian Human Rights Lawyers, and ‘Sweden’s Mother Teresa’, Elise Lindqvist, who has dedicated her life to combating and preventing commercial sexual exploitation of women.  Ruth & Elise shared from their perspective on the importance of the “Swedish Sex Buyers Law” and the need for advocacy. 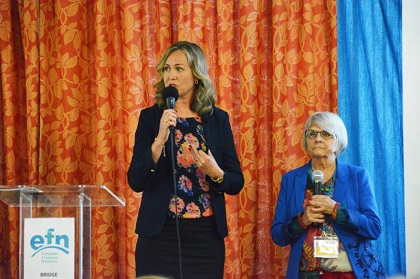 To ensure that a balanced perspective was given, Niina Vuolajarvi who is currently completing her PhD on commercial sex in the Nordic region, brought a different perspective of this law by sharing how, her research has revealed that the ‘Nordic Model’ has been used and abused as immigration law.

In an effort to keep things current, Tate Johnston, Pastor and author of ‘Everyday Abolitionist: Discover what you can do to help stop modern slavery / human trafficking’, highlighted the importance of incorporating the average person, in the fight to combat trafficking of persons and gave tips on how to engage ‘everyday abolitionists’. 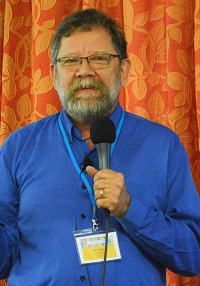 Dr Glenn Miles shared his research on transgender and how to understand and effectively work with this often overlooked group.

An ongoing problem facing many organisations is the constant changing face of aftercare and long-term sustainable reintegration, so it was a treat for delegates to hear first-hand from successful Freedom Businesses that are making a real difference in the lives of the survivors they are working with.

Toos Heemskerk from Dignita restaurants in Amsterdam and Alberto Mossino from PIAM in Italy both shared some best practices about the successful Freedom businesses they both run and the different approaches they have had to implement. 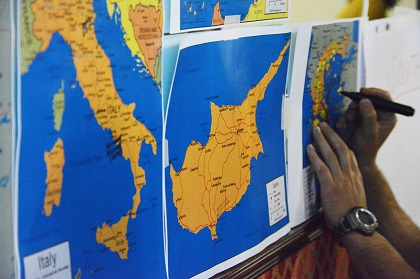 EFN’s desire to ensure that Bridge 2019 was an informative, balanced, networking experience was very well received as one delegate shared, “I really, really, really enjoyed my time at the EFN conference and was very encouraged at the openness and vulnerability, especially with talking about the Nordic Model and aftercare. As a community it is so important to be reflective of what is and isn’t working and we as a team we really appreciated that aspect of the conference especially." 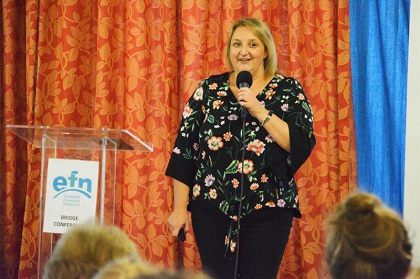 “Trafficking of persons in Europe is a vast network of suppliers, buyers and corruption and it is only through organisations fighting to combat this scourge, coming together, connecting, strengthening one another and seeing and responding to the problem as one, that we can we hope to ‘change the stories’ of those affected by human trafficking and or sexual exploitation”, the EFN board said. “We truly believe that Bridge 2019 has contributed to growing and equipping a stronger and more influential network that will change the story of human trafficking and commercial exploitation in our world today”.