The Prime Minister resigned after Matteo Salvini’s vote of no confidence. “We have seen the worsening of the quality of public discourse”, the Italian Evangelical Alliance says. 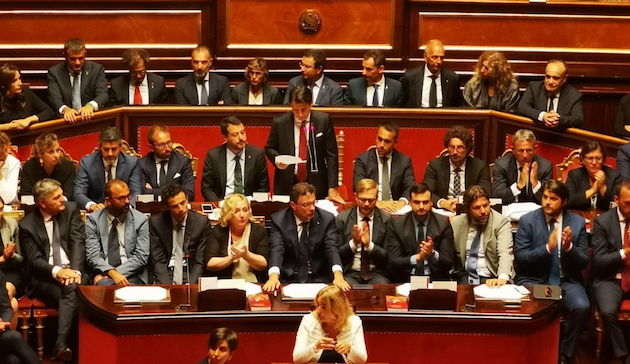 The Italian parties 5-Star Movement (M5S in Italian) and the League took several weeks to find a Prime minister to lead their government agreement, following the defeat of conventional parties in the March 2018 elections.

They finally chose the technocrat Guiseppe Conte who, just a year and a half later, has submitted his resignation, evidencing the new stage of crisis in the Italian politics.

The decision comes after the vote of not confidence presented by one of the two government partners, Matteo Salvini, leader of the League, Vice president of cabinet and Minister of Interior.

“He has shown that he only follows his own interests and those of his party. His decisions generate serious risks for this country”, Conte said on Salvini during the appearance before the Senate in which he announced his resignation.

The resignation of Conte opens the door to a new political scenario, that could lead to a new agreement between the M5S, winner of the last elections, but whose popularity suffers in favor of the League, and the center-left Democratic Party.

The other alternative is the call for elections, in which previous polls put Salvini as a clear winner. In fact, the Leagu already won in the European Parliament voting last May, beating its government partner, the M5S, by 15 seats.

Conte's resignation is not seen as a loss by some sectors of public opinion.

“Conte’s governement lasted 14 months. It presented itself as being the “turn around” in Italian politics but in fact it reflected the worst aspects of Italian politics: arrogance and lack of realism”, the Vicepresident of the Italian Evangelical Alliance (AEI), Leonardo de Chirico, said.

Chirico recalled that Conte said that they “will defeat poverty”, but he shows a “lack of long term vision, with a very favourable pension scheme with no long term sustainability, and a scape goats hunting that aims to send all the migrants out of the country”. 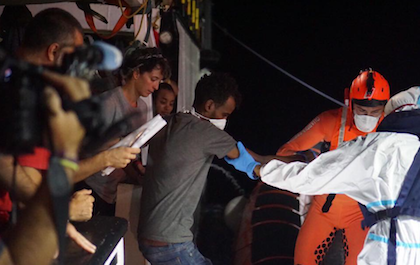 “SALVINI MADE A HUGE MISTAKE ENDING THE GOVERNMENT NOW”

Salvini's motion, however, also raises doubts, specially, if the elections so desired by the leader of the League are not finally held.

According to Chirico, “Salvini made a huge mistake. It ended the governement in the worst time possible for him. He seems to be a good communicator, but he is a bad strategist. If we do not have elections soon, it will be difficult for him to go back to power”.

Italian politics is in the spotlight due to the controversies in which the country has been involved regarding migration. Salvini has repeatedly banned the landing of immigrants and refugees aboard rescue ships of different organizations.

In June 2018, the ship Aquarius ended up docking in the Spanish city of Valencia, and this week the rescue ship of the Spanish NGO Open Arms tried to arrive in Lampedusa, to help the 160 people it had rescued at sea, but it was denied access to the port.

“We are good Christians but not fools”, said Salvini on social media.

But a prosecutor has forced him to withdraw the ban and let the Open Arms dock on the island. Now, different countries will host the migrants. 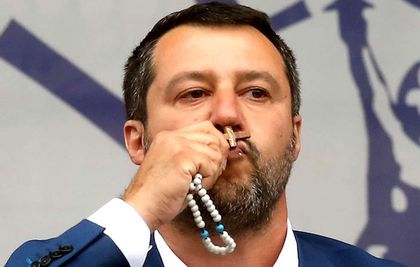 “THE WORSENING OF THE QUALITY OF PUBLIC DISCOURSE”

“This government has shown no interest for minorities and religious freedom. Minorities have been seen as threats for the Roman Catholic identity of the nation and the welfare of the people, evangelicals were totally missing from the vision of the governement”, the Vicepresident of the AEI pointed out.

Chirico explained that Italians “have seen the worsening of the quality of public discourse; negative images have been projected against our “enemies” (the foreigners, Europe, or the financial institutions), and an obsessive use of the social media have made public communication overtly emotional and reactionary”.

“Conte showed a picture of Saint Pio he always carries in his jacket; Di Maio kissed the blood of Saint Gennaro in Naples and Salvini used the rosary as a weapon against the “invasion of the migrants” as well as dedicating his politics to the Virgin Mary”, De Chirico said.

Meanwhile, “evangelical places of worship have been closed in regions administered by the League and no one has said anything of this awful regression in religious freedom”, he added.