“We should have faith that even through broken and imperfect systems God can work His will”, says the Evangelical Alliance UK. “This is not an act of good faith”, the Church of Scotland points out. 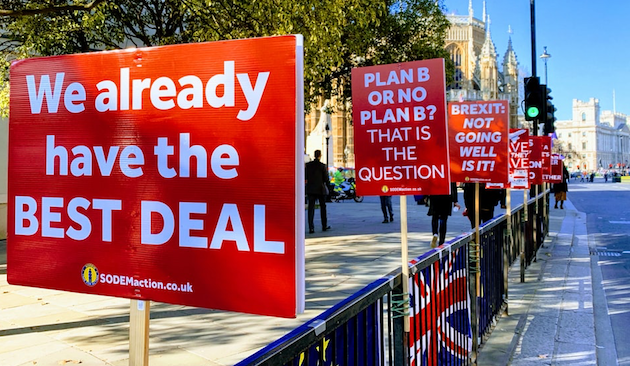 The suspension of parliamentary activity in the United Kingdom by Prime Minister Boris Johnson, has generated all kinds of reactions in the national Christian community.

Over two dozen Church of England bishops issued a joint letter, shortly before Johnson's request to the queen was known, stating that “our main social and political priority must be to leave well, paying particular attention to the impact of political decisions on those most vulnerable”.

CHURCH OF SCOTLAND: “THIS IS NOT AN ACT OF GOOD FAITH”

Meanwhile, Rev  Richard Frazer, convener of the Church and Society of the Church of Scotland, pointed out they “are deeply concerned to learn of proposals to suspend the Westminster parliament for several weeks during a crucial period before the UK's planned departure from the EU”.

He stressed that “given the current context, this is not an act of good faith and undermines, rather than upholds, parliamentary democracy”.

“The Church of Scotland has repeatedly stated that Brexit is, and remains, a divisive issue and that leaving the EU without a deal would have a damaging, long-term impact on the poorest and most vulnerable people in our communities”, Frazer added.

Peter Lynas, Director of the Northern Ireland Evangelical Alliance, lamented that “all these MPs who want to 'defend democracy' over Brexit, were not there when Westminster voted for radical pro-abortion laws in Northern Ireland (tagged to a budget bill), without the support of any NI MP or any democrat of mandate from the people of NI”.

EAUK: “THE LIKELIHOOD OF AN ELECTION HAS INCREASED”

The Evangelical Alliance of the United Kingdom (EAUK) had already warned that “the likelihood of an election this autumn has increased with Boris Johnson becoming Conservative Prime Minister and his insistence of leaving the European Union by 31 October, regardless of whether a deal has been reached”.

“Political idolatry is when we invest too much faith in the systems and institutions of this world to solve our problems. But we should have faith that even through broken and imperfect systems God can work His will”, said Danny Webster, a member of the EAUK advocacy team.

1,7 MILLION OF BRITONS SIGNED A PETITION AGAINST THE PROROGATION

In addition to the discordant voices of Christian organizations and entities representing millions of people in the United Kingdom, 1.7 million Britons have already signed a public petition, asking the government to refrain from temporarily suspending Parliament.

“Parliament must not be prorogued or dissolved unless and until the Article 50 period has been sufficiently extended or the UK's intention to withdraw from the EU has been cancelled”, the petition says.

There have also been demonstrations across the UK against Boris Johnson's decision to suspend Parliament in the run-up to Brexit.

Thousands of protesters took to the streets this weekend, in cities including Manchester, Leeds, York and Belfast.