Spanish Evangelical Alliance: ‘Let’s not leave the issue of Catalonia for the next generation’

The evangelical body says in a statement that it will work to organise “a gathering that brings together evangelicals of a range of sensitivities”, with the aim of “writing a proposal of a model to address the conflict”. 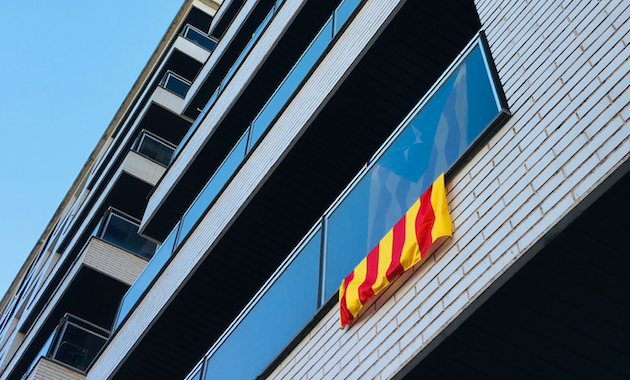 Protests in Catalonia (Spain) continued throughout this week after it was known that the Spanish Supreme Court had given nine pro-independence leaders long jail sentences for sedition and misuse of public funds.

In the midst of the reaction of political parties, social groups and international media, evangelical Christians in Catalonia called churches in Barcelona and other cities “not to avoid the issue” and help believers to look for answers to the conflict with “a worldview rooted in Scripture”.

The AEE intentionally avoids analysing the Supreme Court ruling, because “the positions among the evangelical people are certainly diverse and different”, but it underlines the need to find common spaces for real dialogue and reconciliation.

“There is a long and difficult path ahead, in which politicians and citizens who are able to build where there has been destruction, to listen where ears have been closed, and to understand where the stigmatisation of the other has been the norm, are needed”.

“No measure will be effective if we not face the task of construction of the reconciliation between the parts - and the social consensus later – with courage, intelligence and generosity”, the board of the AEE writes. “It is useless to close our eyes to the evidence that we are facing a conflict between people and communities, and we evangelicals should know how to face these kind of conflicts”.

The Alliance calls evangelicals not to hide and listen to questions of the social debate such as “What has bought us here? Why many people in Catalonia want to leave Spain? What does the majority of Spaniards want?”

“If we do not face and resolve these questions with an open and constructive frame of mind, sooner than later they will return, but with more cracks and wounds and more difficulties to find solutions. Let’s not leave these issues for the next generation”, the body of Spanish evangelicals says.

A GATHERING TO BRING TOGETHER EVANGELICALS OF ALL POSITIONS

As a way to offer a practical application, the AEE commits to “convene a gathering of evangelicals of all sensitivities to sit down, pray, listen and understand each other, finding tools to process the differences - and write up a proposal of a model to address the present conflict”.

The evangelical body encourages churches to learn from the Jerusalem Council described in the New Testament (Acts 15) and see how disagreements should be addressed according to biblical standards.

The full statement of the Spanish Evangelical Alliance on the situation of Catalonia, published on 15 October 2019 can be downloaded here (Spanish).

Published in: Evangelical Focus - europe - Spanish Evangelical Alliance: ‘Let’s not leave the issue of Catalonia for the next generation’