Evangelicals respond to Spanish government: ‘Parents have right to educate children according to their convictions’

The Education Minister creates a socio-political storm by saying that “children do not belong to their parents”. Three evangelical organisations join the debate about the LGBT workshops in state schools. 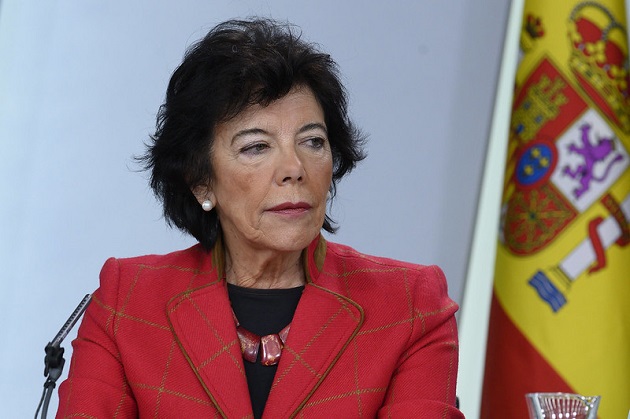 The issue of sex education in state schools was at the centre of a weeklong political storm that started after Education Minister Isabel Celáa said in a press conference that “no one should commit the mistake of thinking that children belong to their parents”.

In the first public appearance after the conformation of the new government, Social Democrat Celáa announced that the central Spanish government would bring the Region of Murcia (South-east Spain) to the courts after its regional government allowed parents to decide whether their children would attend talks and other special activities which could collide with their moral and ethical views.

This classes include sex education and workshops on LGBT issues given by external speakers.

In September, the regional government of Murcia had announced that “families will be contacted with detailed information (…) provided to fathers and mothers at the beginning of the school year so that they can express their agreement or disagreement with the participation of their children in such activities”.

Just after Celáa’s comments, the new Equality Minister Irene Montero, of leftists party Podemos, added that the measure adopted in Murcia was “censorship and sexism”, and went on to add: “The children of homophobic parents have the same right as all other children to be educated in the fact that they can love whoever they want to, and to be educated in freedom, feminism and equality”.

The political parties of the opposition (conservative People’s Party and far-right Vox, who together lead the regional government in Murcia), denounced an “attack against freedom”, an effort of “indoctrinating of our children” in LGBT ideology, and told Prime Minister Pedro Sánchez to “take your hands out of our families”.

As many as three different evangelical representative bodies reacted to the controversy in the following days.

The Spanish Evangelical Alliance (AEE) denounced that “a code of values charged with ideology is being imposed on our children, which presents ideological dogmas as if they were absolute truths, creating a kind of ‘lay religion’”.

In a statement, the AEE said the education of children was beyond the classic left-right political debate. With its approach, the government was showing troubling “authoritarian” signs, because “discrepancy is not permitted”. “In democracy, the areas of responsibility of family and civil society are respected”.

“The government should me more careful”, the AEE added, because “liberties are being put at risk”. To prove it, the statement quoted several laws and international agreements which protect the rights of parents to educate their children in their own values and worldviews, such as Article 27.3 of the Spanish Constitution, Article 18.1 of the Convention of the Rights of children, clause 26.3 of the Human Rights Declaration, article 62 of the Memorandum of the European Convention against Racism and Intolerance, and the 2163 resolution of the Council of Europe.

EVANGELICALS IN MURCIA: “CHILDREN ARE DIRECT RESPONSIBILITY OF THEIR PARENTS”

Meanwhile, the Evangelical Council of the Region of Murcia, also expressed its “deep concern and disagreement” with Celáa’s words.

The evangelical body in that region underlined that “parents have the right to educate children according to their ethical and moral convictions, this being a Constitutional right, which cannot be subject to changing policies or ideological proposals”.

Finally, the Federation of Evangelical Religious Entities of Spain (FEREDE), called to end what they believe to be “a false debate” because “it hurts us all, especially the children”.

“Both Parents and the State should recognise each other as needed partners and collaborators for the satisfaction of the fundamental rights of children (…) Government and opposition should be careful not to sow mistrust between the schools and parents”.

THE PRECEDENT OF THE PRO-LGBTI LAW

This is not the first time evangelical Christians have raised their voice against what they see as an attempt to impose a view of sexuality and LGBT issues on children.

The Spanish Evangelical Alliance and other Protestant bodies called in 2017 to stop a pro-LGBT draft law that, according to them, severely restricted freedom of speech and freedom of conscience.

The new Spanish government has said passing such a law would be a priority in this political term.

Published in: Evangelical Focus - europe - Evangelicals respond to Spanish government: ‘Parents have right to educate children according to their convictions’