The “joy” of those who already had their first Sunday gatherings contrasts with the precaution of many others who prefer to wait some more weeks before organising in-person activities. 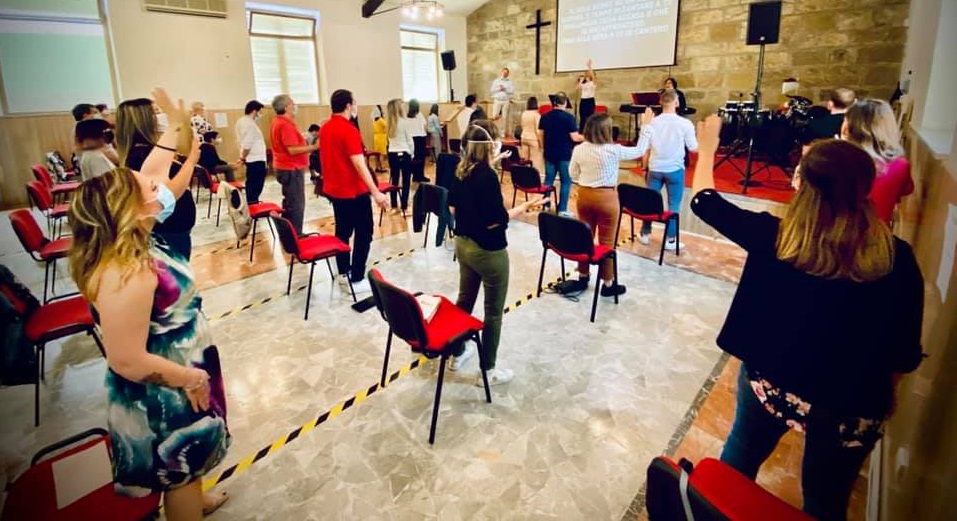 A worship service in an evangelical church in Italy. / Photo: Facebook Chiesa Apostolica in Italia Grosseto

There are around 23 million evangelical Christians in Europe, according to the newest estimates.

Most of these people are active members of local churches which have been closed for between 2 and 3 months due to the coronavirus lockdown.

Since May, some governments allowed religious groups to gather again, while in other countries details about when common worship will be possible again have not yet been announced.

In Ireland, for instance, church buildings are still closed for worship services. “The scheduled date is 20 July”, the Evangelical Alliance Ireland told Evangelical Focus. But the date “may change depending upon national infection, reproduction and death rates”.

“Some churches are now impatient and wish to return sooner”, they say, but “others are more cautious”.

France is in a different position. Religious gatherings have now been allowed for three weeks, and about half of evangelical churches already resumed their Sunday worship services.

“Some pastors are scared about the amount of precautions they have to take, so they do not open the church”, the National Council of Evangelicals in France (CNEF) says, and “some Christians are afraid too, so they do not go to church”. But “regaining trust”, they say, will be a matter of time. The CNEF has widely shared a guide with good practices to help churches go back to normality safely. 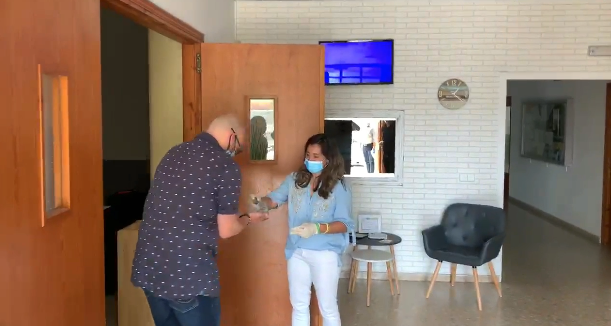 Pentecost was the first Sunday in which church buildings were allowed to open in Switzerland. “We do not have precise numbers, there are those who immediately started, but the vast majority is still waiting one or two weeks more”, the Swiss Evangelical Alliance explains.

“If we look at the trends, mainline Protestant churches are re-starting their worship services faster that the free evangelical churches, which are being a bit more careful”.

What are the feelings in the Central European country? “Basically the joy is big when it comes to celebrate against in community”, they told Evangelical Focus. “But there are also voices who say worship celebrations under the applicable restrictions does not make much sense. Singing is still very restricted, the capacity limited, and the sharing together before and after the service is only possible with distancing”.

In Austria, the situations is similar. Churches have been able to go back to their buildings for four weeks now. The Austrian Evangelical Alliance says that as far as they are aware, probably 90 per cent of local churches are using their worship services again.

“People are glad to be able to meet again and to have fellowship face to face, despite some distance regulations”. Most believers are “very thankful about this ability and enjoy it”.

A worship service of an evangelical church in Spain after the authorities allowed worship places to open again. / Esglèsia Protestant de Salou

In Southern Europe, Spain is also allowing faith groups to re-start their gatherings, although with only a third or half of the capacity (depending on the region). Face masks and separated seats have been seen in those communities that have started gathering.

“Returning was a more enjoyable experience than we thought”, a pastor in Salou told Spanish news website Protestante Digital. The leader of a church in Lugo agreed: “One thing is to hear a message on the internet, but communitarian worship is irreplaceable”. Something extraordinary was “to meet people who have given their life to Christ during this time of coronavirus crisis”.

Some bigger churches have used the services of professional disinfection companies and asked church members to sign up beforehand to one of the several worship services offered, so that all members who wish to attend can do so. 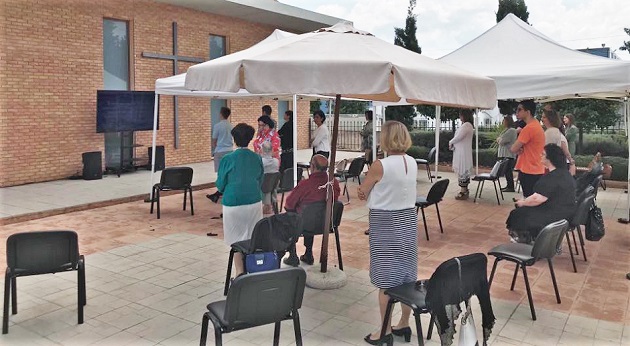 One of the first worship services after lockdown of an evangelical church in Greece, with limited attendance. / Greek Evangelical Alliance

Although it is difficult to know the exact numbers, they believe 8 in 10 churches are already celebrating in-person worship services. Most of the other churches are having internet meetings.

“People are having mixed feelings”, the evangelical organization says. Many are grateful that about “the right decision making which has protected a lot of people” and “rejoice for having the chance to ‘go back home’ to their churches”. But on the other hand, some auditoriums have almost been empty, including “the biggest church of Athens, which could not have more than 50 people in and they had to do 5 different services in the first two Sundays”.

In Italy, some churches took the first chance to open their churches, two Sundays ago. “As soon as the service began, the emotion was really great. We could not hold back the tears; we could finally praise and bless the Lord together”, one member of a church in Milano said.

Others, like the member of a church in Caserta, shared that meeting “with the faces covered and without even being able to let go of a hug, surely was a hard blow”.

The member of a church in Bergamo said that it was “a joy to see our pastor, by the grace of God, to preach the Word after being hit directly by the virus”. Read more testimonies about the re-opening of evangelical churches in Italy here.