The first Sunday of reopening was May 24, but several churches waited another week. “Returning was a mixture of feelings between joy and pain”, church members said. 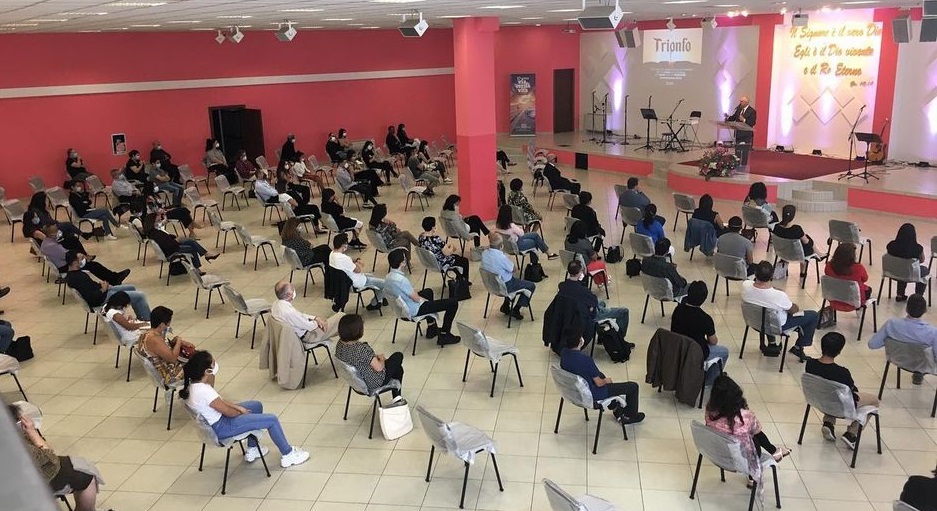 Following the measures signed with the government in the “Protocol with the protestant, evangelical and anglican churches”, the Italian evangelical churches were able to reopen their places of worship after 18 May.

The first Sunday of reopening was May 24, but several churches decided to wait another week, to organise themselves better, so that everything could happen in complete tranquility.

The Italian Eangelical Alliance (AEI) pointed out that most of the testimonies they have received expressed “first of all gratitude to God for being able to find ourselves together; then the initial hindrance for the inevitable limits to having physical contacts (mask, handshakes, hugs ...) and finally, the desire to return to normality as soon as possible”.

“We could finally praise and bless the Lord together”

“After about 3 months of lockdown, we can finally reunite with all the brothers and sisters from whom we have been physically distant, because although, thanks to the available technologies, there was no lack of opportunities to keep in touch, we know very well that it is not the same thing”, said Anna Pellerito, of the Pentecostal Elim Source of Life church in Sesto San Giovanni, Milano.

This church, “like several churches throughout the country, has adopted the method of reservations made directly on the site, with a special application that updates the number of places available as they are booked”, Pellerito explained.

“As soon as the service began, the emotion was really great. We could not hold back the tears; we could finally praise and bless the Lord together. [...] In addition to our words, our eyes have become a tool to express all the affection and love that binds us to each other”, she added.

Lidia Mesolella of the Apostolic Church of San Nicola La Strada, in Caserta, told the AEI that they “we are used to continuous cleaning, but seeing everyone again after more than two months, with the faces covered and without even being able to let go of a hug, which before was more than spontaneous, surely was a hard blow”.

“Singing with the mask, the shifts that the worship group needs to make, renouncing to the 'non-bearing' instruments ... everything is quite artificial; an unnatural situation, in which the people of God must renounce those elements that make them special and attractive, such as fraternal contact or free praise”, she underlined.

According to Mesolella “the first meeting was like a thirsty man who finally manages to take a sip of water, all present, with the desire to praise and pray. But in the second, the feeling of discouragement appeared, and we are not so willing to adapt to such rigid patterns even in those moments in which it is expected to be finally free in the presence of the Lord”.

“At least in our region, the infection is now almost zeroed out, so that everyone wonders why we should sacrifice ourselves up to this point", she said.

“A mixture of feelings between joy and pain”

Loredana Cappello of the Pentecostal Evangelical Church of Seriate, Bergamo, recalled that “for us, the return to the place of worship was a mixture of feelings between joy and pain”.

“Joy because we were finally together and even just looking at each other closely was really touching. Joy to see our dear pastor, by the grace of God, to preach the Word after being hit directly by the virus, which debilitated him greatly”, she told the AEI.

“Our days were marked by ambulance sirens and funeral cars, so fear tried to overwhelm us. But we went back to church precisely to closely strengthen our faith in unity and, following the safety procedures, we started again with a new push, wanting to focus on the truly essential things of our life in Christ". 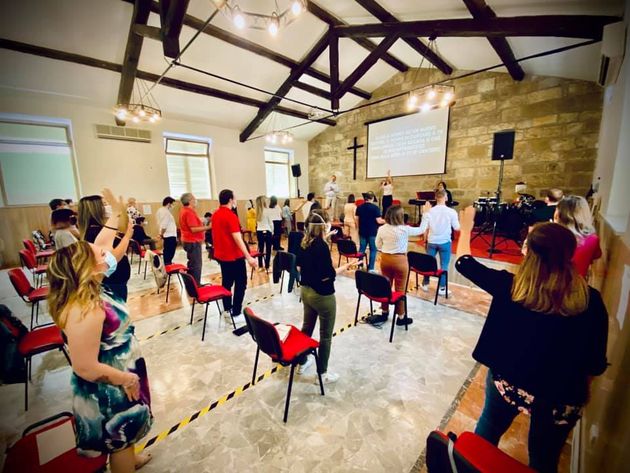 According to Rita Macrì of the Apostolic Church of Grosseto, “returning to the church and seeing eah other was unique. We felt like scattered pilgrims returning to communion. The emotion managed to overcome the hindrance of the procedure to enter the place of worship”.

“The imposed mask was not a brake on the prayers that came out one after the other showing us how the Light had been with us and had illuminated every single house. And suddenly we felt free like never before. Gratitude was the dominant feeling and we understood even more that there is no church without fraternal communion", she added.

The AEI also spoke to Nina Fiore Schaafsma, of the Punto Luce chuch in San Giuliano Milanese, which had to face its first forced closure last year, and the subsequent reopening, only to find itself having to close again, starting from February 23, due to the coronavirus.

“We were starting a week of special events with a team of students and having to stop everything left us incredulous. This closure was very different from the first one. This time we agreed that it was necessary to protect the population”, Schaafsma said.

Several members of Punto Luce “fell ill and some of our neighbors died. Like many others in Italy, we have not stopped and we have enjoyed doing 'worship in houses' thanks to technology. And then finally with joy we were able to reopen”.

“We have seen so much death, but also many people come to the Lord”

Schaafsma explained that they “are aware of the risks that awe still have in Lombardy. We cleaned, arranged the chairs, followed the rules. In a way, it was easy for us to comply with the rules, we are used to distances, to masks, to having our temperature measured”.

“All this leads us to express great gratitude to God, to recognise once again that belonging to the body of Christ is a great blessing. We know that the Lord walks with us and is sovereign. We have seen so much death, but also many people come to the Lord”, she underlined.

“In these months we were talking about being 'distant but united', yesterday at church we were less distant and more united than ever. Glory to God!" , Schaafsma concluded.

Published in: Evangelical Focus - europe - Evangelical churches in Italy reopen with “gratitude to God and the desire to return to normality”